Synopsis of Adjudication Orders under the Companies Act, 2013 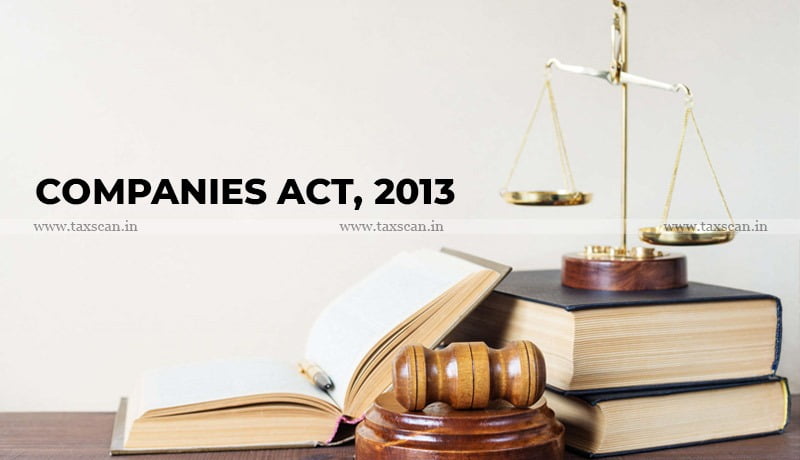 Role of Registrar of Companies

The Registrars of Companies (ROC) are appointed under Section 609 of the Companies Act 2013, for each State/Union Territory. They have a primary duty of registering companies and LLPs floated in the respective states and the Union Territories and ensure that such companies and LLPs comply with statutory requirements under the Act. These offices function as a registry of records, relating to the companies registered under their jurisdiction.

The level of compliance varies with the kinds of organization. Ensuring compliances can be a burdensome and at times also a costly affair, due to the exhaustive list of compliances by the regulatory bodies. Compliance with laws becomes an integral part of business management and cannot be ignored when a large amount of public interest is involved in companies especially Government Companies, PSUs, and Large Corporates. To ensure that such entities remain accountable for their actions, the ROC and other regulatory authorities require various forms and returns to be filed at intervals. In the event of non-compliance, stringent actions and penalties can be imposed on those who violate the laws. The companies Act 2013 recognizes the concept of Officer-in-Default i.e any whole-time director, KMP, directors, etc. who was involved in / had knowledge of / had consented to the alleged contravention, shall be liable to any penalty or punishment in case of any default is committed by the company under the Companies Act, 2013.

ROC has recently passed various adjudication orders over the non-compliances made by companies. Here’s a synopsis of the recent orders issued by the ROC:

A Show Cause Notice (SCN) was issued by Registrar (ROC) respectively and was sent to the company and its officers in default through speed post. As per postal records, SCN was not delivered to the company, which shows that the Company has failed to maintain its registered office in terms of provisions of section 12(1) of the Companies Act, 2013.

As per Section 12(1) of the Companies Act, 2013, a company shall, establish within fifteen days of its incorporation and maintain at all times, thereafter, a registered office capable of receiving and acknowledging all communications and notices as may be addressed to it. Any change in the registered office of the company shall be intimated to the ROC in such manner as may be prescribed.

In the present case, no reply from the Company as well as its directors have been received and it is evident that the company failed to maintain a registered office in compliance with the provision of Section 12(1) of the Companies Act, 2013. Thus, ROC has imposed a penalty of Rs 100,000 on the company and each of its directors.

In the present case, the company had passed a special resolution on 30.09.2016 to authorize the Board of Directors to borrow a loan of Rs.10,00,00,000/-. As per the provisions of Section 117(1) of the Act, the company was required to file a copy of the Special Resolution through form MGT-14 within 30 days of passing the resolution, i.e., on or before 30.10.2016. However, the form MGT-14 has not been filed to date since the delay is more than 300 days and the form can be filed only after the adjudication order is passed. Therefore, the Company and its officers are liable for a penalty for the delay in filing the MGT-14 e-form. Thus, ROC has imposed a penalty on the company of Rs 200,000 and 200,000 on each of the directors.

In this case, the company had failed to regularize the appointment of its newly appointed director at the AGM, the board meetings were convened without a sufficient quorum. Section 118 of the Companies Act, 2013 stipulates, “every company shall observe secretarial standards with respect to General and Board Meetings specified by the Institute of Company Secretaries of India and approved as such by the Central Government.”

The company had filed INC-24 where it was noticed that the Company Identification Number(CIN) has not been printed on the letterhead, thereby it had violated the provisions of Section 12 of the Companies Act, 2013. As per section 12, the letterhead of the company shall contain certain mandatory elements viz. Name of the company, CIN, Address, Email, and Telephone number. Hence the company was directed to file an Adjudication application for non-compliance with the Companies Act, 2013. The company submitted the Adjudication application on 06.10.2021.

The PCS representing the company submitted that the mistake occurred inadvertently and the name, CIN, and address have been mentioned on all the documents with the company’s Seal which contained the CIN. The company is a small company, ROC imposed a token penalty of Rs 5000 on Company and Rs 1000 on each director of the company.

In the present matter, the paid-up capital of the company was Rs. 5 crores from 22.3.2019, and the present Paid up Capital is Rs. 9.41 crores. The company has not appointed a whole-time company secretary though the violation continued up to 31.3.2020 (i.e., prior to the enforcement of Companies (Appointment and Remuneration of Managerial Personnel) Amendment Rules, 2020. In view of the said amendment, no company secretary was appointed by the company and the question of making the offence good now does not arise. The company filed its adjudication application on 27.08.2021 for adjudicating the penalty for violating the provisions of Section 203 of the Act. ROC imposed penalty on the Company for Rs5,00,000 and for Directors Rs 15,61,000.

Compliance ensures that entities act responsibly and within the regulatory and legal frameworks. No business would like to face criminal action for not adhering to the law. The compliance process is a rigorous, continuous, and time-consuming process and a step forward in the direction of becoming a Good Corporate Citizen. If one feels that undertaking compliance measures is a waste of time then why not try being non-compliant?

CS Mehul Solanki is a practicing company Secretary and law graduate having more than Six years of working experience in company law compliances, setting-up companies, compliances of listed companies, and not-for-profit companies. He is currently a Consultant at Jaya Sharma & Associates and has authored various articles on corporate and securities law-related topics which have been published on various websites, blogs, and professional magazines including Compliance Calendar, Taxguru, and Legal Service India, and the journal of ICSI, etc.

Ms. Smita Patil is a commerce graduate and aspiring corporate secretary who is currently undergoing her long-term training as a Junior Associate with Jaya Sharma & Associates. She believes in the Japanese philosophy of ‘Kaizen’, which means“change for the better or continuous improvement”.She is a keen enthusiast of Corporate and Securities law.

Cleaning, Sweeping of Lawn and Supply of Manpower provided to Govt are Pure Services, Eligible for exemption from GST: AAR [Read Order]