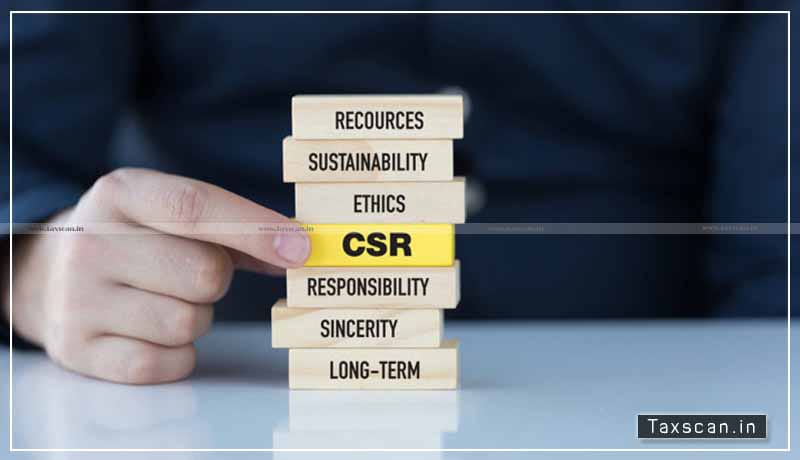 Purpose of introduction of Corporate Social Responsibility (hereinafter referred to as ‘CSR’) is to make corporates concerned towards the society they are working in. With the same intent, initially, it was proposed on voluntarily basis and later made mandatory for certain companies via introduction of the Companies Act, 2013 (hereinafter referred to as ‘CA, 2013’). Post its introduction, there were lot of confusion w.r.t it’s applicability on various types of companies including companies incorporated under Section 8 of the Companies Act, 2013 established solely for the purpose of social welfare, as there is no concept of Net Profit or Turnover in case of such companies.

In this article, we will discuss whether CSR Provisions will be applicable on Section 8 Companies or not by analysing provisions and reports of High-Level Committee on CSR(hereinafter referred to as ‘HLC’)and Company Law Committee constituted by the Ministry of Corporate Affairs and will discuss what practical issues may arisein the matter.

Under the provisions of Section 135(1), its prima facie shows that it is applicable on every sort of companies, but at the same time the delusion comes when it is to be made applicable on Section 8 Companies which are already working for the welfare of the society and also wherein there is no concept of net profit and turnover. It is important to observe that there is no specific exemption provided under the Companies Act, 2013 for the exemption of applicability of provisions of Section 135 on Section 8 Companies. Further, in case of Section 8 company, the concept of ‘surplus’ is in picture rather than ‘net profit’ and also if any surplus arises the same has to be plough back into the activity of the Company which is basically social welfare only.

In the year 2015, HLC discussed the matter of applicability of the provisions of Section 135 on Section 8 Companies and discussed that Section 8 companies are the ‘non-profit’ sort of companies which have the object of working in social and development sector only and their involvement in charitable and philanthropic activities is already 100%. HLC also observed that such companies prepare income and expenditure account which reflects surplus/deficit rather than profit, and also such surplus is not allowed to be distributed amongst the members. In lieu of such discussion, the HLC concluded that provisions of Section 135 shall not be made applicable to Section 8 Companies. [Refer Para 3.8 and 4.14 of HLC Report, 2015]

Comments of Company Law Committee in its Report of Year 2016

After considering the recommendation of HLC made by them through its report in the year 2015, the Company Law Committee further discussed the matter and felt thatit would not be appropriate to give differential treatment to section 8 companies in the matter of providing exemptions from compliance of CSR provisions, as there are certain areas where examples could be found of section 8 and other companies co-existing, for example, companies in microfinance business. Further, there should not be a difficulty in section 8 companies using the prescribed percentage of its surplus for CSR activities. Thus, it was decided not to recommend for exemption of Section 8 companies from the CSR provisions of the Act. [Refer Para 9.25 of Company Law Committee Report]

In the year 2018, under the Chairmanship of Shri Injeti Srinivas, HLC was constitutedagain and they further perused the request for the exemption of Section 8 companies from the purview of Section 135 of the CA 2013 and the committee was apprised that all Section 8 companies are not necessarily formed with charitable objects and also, the aspect of them being ‘not for profit’ doesn’t mean that they are not generating profits. HLC also further observed that the section 8 company does not have any different phenomena and is alike other companies only defined under the CA, 2013. Henceforth, the committee didn’t find it rationale to exclude Section 8 companies from the purview of provisions of Section 135 of the CA, 2013. [Refer para 3.1 of HLC Report-2019]

Pursuant to the provisions of Section 135 of the CA 2013, every company meeting the threshold prescribed has to form the CSR Committee and also to spend 2% of the average Net Profits of last three financial years towards CSR. Since, Section 8 companies do not generate profits and does not have turnover concept, it will be difficult to decide the applicability and calculate the amount to be spend as CSR on actual basis. Also, pursuant to Section 8 of the CA, 2013, such companies have in its objects the promotion of commerce, art, science, sports, education, research, social welfare, religion, charity, protection of environment or any such other object, which more or less covers major part of the activities mentioned in Schedule VII of the CA, 2013. Difficulty may also arise in the cases where the memorandum of any Section 8 company carries all objects mentioned in Schedule VII of the CA, 2013.It will again be a difficult situation for them to choose the activity as they cannot pursue such activity in CSR which they are doing in normal course of their business.Though the Company Law Committee and HLC-2019 has opined that provisions of Section 135 of the CA, 2013 need not be exempted for Section 8 Companies but such view will be harsh from the point of view of those Section 8 Companies who are genuinely putting their all efforts towards social welfare and actually doing CSR on daily basis.

Just to reiterate, the purpose of CSR Provision under the law is to make Corporates concerned towards the society they are living in and not to overburden the companies with mandatory obligations. Putting the applicability of Section 135 provisions over Section 8 reflects that expectation is to make better the person who is already doing good. Therefore, it will be more relevant if some exemption can be given to Section 8 Companies or some applicability test can be prescribed prior to obligate Section 8 with CSR norms.

Though it will be difficult to trace out the Section 8 companies who are not having charitable objects and if the rationale behind making the applicability of CSR Provisions is to include those non-charitable Section 8 companies,then the same can be specifically covered under Section 135 by making necessary insertion in the Act. Also, the clarification is very much required on how the calculation will take place for ascertaining the amount to be spend in CSR as there is no concept of profit in case of Section 8 Companies. Till now the provisions of Section 135 is not providing any exemption to Section 8 companies, but certain relaxation, exemption or judicial review will be highly appreciable in this regard.

CS Santosh Pandey is a Company Secretary Practicing in New Delhi. He can be reached at info@spcounsels.com