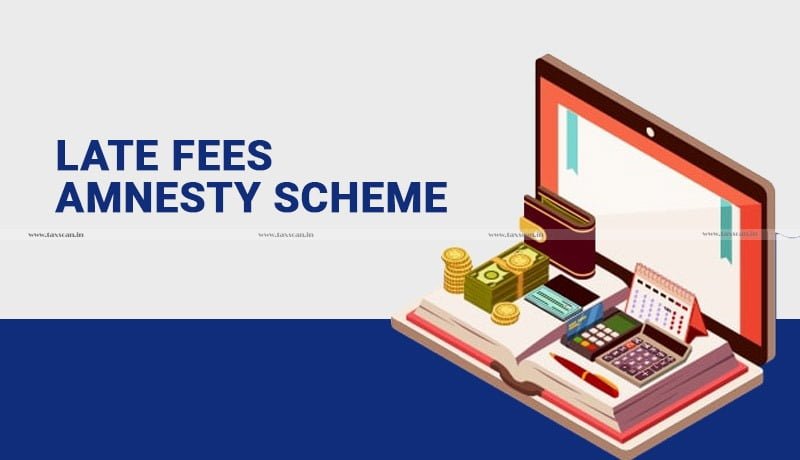 In its 43rd meeting, the GST Council paved way for the much-awaited GST amnesty scheme. The scheme has permitted taxpayers who haven’t filed their GSTR 3B for any tax period which lies between July 2017 to April 2021, to file their returns with reduced fixed late fees. The late fees were also rationalized for prospective periods.

While the move is largely welcomed by the industry, there are certain aspects to it that need to be delved upon in order to truly understand the implications of the scheme.

For understanding the said implications, it is necessary to delve deeper into Section 16 of the CGST Act, 2017. Section 16(2) stipulates the following conditions for availing ITC:

Further, Section 16(4) prescribes that no registered person shall be entitled to avail ITC in respect of any invoice/ debit note after the due date of furnishing of return under section 39 for the month of September following the end of the financial year to which such invoice pertains to or furnishing of annual return, whichever is earlier.

Thus, it can be surmised from the above that a recipient of goods and/or services would be entitled to avail input tax credit if the tax charged by the supplier has been deposited with the Government and the recipient has filed the return u/s 39 of the CGST Act, 2017. Further, the law has prescribed a timeline to avail such credit, which is the due date to file the GSTR 3B for the month of September following the end of the financial year to which such supply pertains.

In this article we neither wish to discuss the lawfulness of the GSTR 3B as a return (as it was GSTR 3 which was earlier envisaged as the return under section 39), nor do we intend to deliberate on the constitutional validity of Section 16 from the perspective that a recipient cannot be made to suffer for the default of the supplier. This write-up aims to discuss the GST late fees amnesty scheme and its impact on ITC eligibility in various scenarios.

What is the confusion?

In the present case, considering that the late fees on filing delayed GSTR 3B have been waived, can it be said that the due date to file GSTR 3B has been extended? This question is important to answer as it will also determine whether the capability of the recipient to avail credit has been extended or not. There are various discussions around the same. To clear the air, we have envisioned various scenarios and provided our comments below:

It needs to be borne in mind that the waiver of the late fee has been extended; this certainly does not mean that the due date to furnish returns is extended. This is also evident from the fact that the interest liability on delayed payment of tax still persists. Therefore, this opportunity is only to reduce the late fees exposure and does not in any manner help the supplier to wash his sins or regularize his compliance status.

From the above discussion, it is crystal clear that by any stretch of the imagination, it cannot be contended that this amnesty scheme also opens the door to the recipients to claim past credit. An argument can be extended that in case the recipient has not availed credit due to non-filing of GSTR 1 by the supplier, should be allowed to do so as the Government has received its dues from the supplier. The thought is noble, nonetheless, there is no machinery to do so. In fact, there are no mechanics to let the recipient even know that the credit written off by him on account of a defaulting supplier is now eligible, if not for Section 16(4).

The tyranny of the regime is such that only the recipient is made to suffer for the turpitudes of a supplier. The Government may catch hold of a supplier and collect their dues; nonetheless, the recipient is the one who will lose credit for no fault of theirs. Much has been written and spoken about this but there seems to be no reaction from the GST Council on this. Nevertheless, the taxpayers are still expecting relief on this front as ‘Hope is the last thing ever lost.

[The authors are Jigar Doshi, Founding partner, and Sagar Shah, Associate Director at TMSL – a tax, technology firm. The views are personal. They can be reached at jigar.doshi@tmsl.in]

Sagar is a Chartered Accountant with over 12 years of work experience in the field of indirect taxation. His domain of expertise includes Business Advisory, Tax Technology in Indirect Taxes, and handling the back-office operations team for GCC.

Legal view under Income Tax Act 1961, on Employee’s Contribution paid beyond the date as specified under relevant Act