Working Abroad and Stuck in India for more than 180 Days due to COVID? All You Need to Know about Your Income Tax Liability 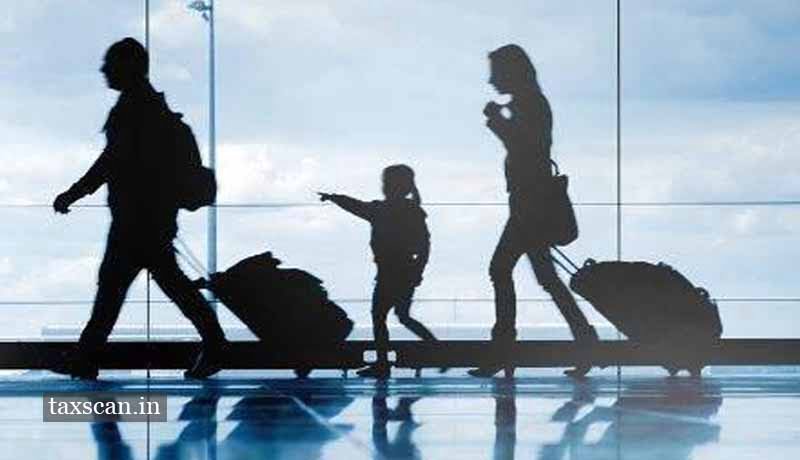 For Financial Year 2019-20, if the Non-resident Indians (NRIs) have come to India on a visit before 22nd March, 2020 and have been  stuck in India due to the coronavirus lockdown on and before 31st March, 2020.

Taxation is an essential aspect of personal finance, whether you are a Resident Indian or a NRI. However, when you get into the details, you will find that tax rules are different for NRIs.

If you reside and work abroad, the NRI income tax you pay will depend on your residential status for the year. If you fit the Resident Indian criteria, your total global income is taxable under Indian tax laws. But if your status for the year is ‘NRI’, only the income earned or accrued in India is taxable.

The NRI income tax be levied on the Salary received for services provided in India (Global Income), Capital gains earned on the transfer of assets located in India, Rental income from property owned in India, Revenue from Fixed Deposits, and Interest on Bank Savings Accounts.

When you are in India for at least 6 months i.e. 182 days to be exact during the financial year. If You are in India for 2 months i.e. 60 days for the year in the previous year and have lived for 365 days in the last four yearsIf you are an Indian citizen working abroad or a member of a crew on an Indian ship, only the first condition is available to you – which means you are a resident when you spend at least 182 days in India. The same is applicable to a Person of Indian Origin (PIO) who is on a visit to India. The second condition is not applicable to these individuals. A PIO is a person whose parents, or any of his grandparents were born in undivided India.

Budget 2021 brought relief from double taxation for NRIs on money accrued in foreign retirement accounts by claiming relief on tax deducted on such money in India. Currently, there is a mismatch in the year of taxability of such funds in India and the respective foreign country.

Finance minister Nirmala Sitharaman mentioned in the budget speech that when NRIs return to India, they generally face issues concerning their accrued corpus in foreign retirement accounts. This is usually due to a mismatch in the timing of taxation of such income in the foreign country and India. They may also face difficulties in getting credit for Indian taxes in foreign jurisdictions. “At present, the withdrawal from such funds may be taxed on receipt basis in such foreign countries, while on an accrual basis in India. To address this mismatch and remove this genuine hardship, it has inserted a new Section 89A to the Act to provide that the income of a specified person from a specified account shall be taxed in the manner and the year as prescribed by the Central Government,” said the budget document.

Lockdown Period will not Count to Determine Residency Status of NRIs

The Central Board of Direct Taxes (CBDT) has issued a clarification in respect of residency under Section 6 of the Income Tax Act, 1961 wherein the Board has clarified that the lockdown period will not be counted to determine NRIs residency status for the purpose of computation of tax liability.

In order to avoid genuine hardship in such cases, the Board, in the exercise of powers conferred under section 119 of the Act, has decided that for the purpose of determining the residential status under section 6 of the Act during the previous year 2019-20 in respect of an individual who has come to India on a visit before 22nd March 2020.

The Supreme Court in the case  dismissed the plea of a Non-Resident Indian (NRI) who was stuck in India due to Covid-19 seeking direction for treating him as an NRI for Financial Year 2020-21. The petition prayed for a direction from the Ministry of Finance to consider a representation for treating him as an NRI for FY 2020-21. The petitioner submitted that he arrived in India on March 6 and was compelled to extend his stay in India, later he was able to leave the country on October 5, by that time his stay in India (Financial year 2020-21) had already crossed a period of 182 days due to the lockdown imposed in India.

“We won’t entertain such petition unless and until you show us that you are completely powerless and confined to the shores of this country, then only we will consider the matter from the standpoint of Article 32 but if this is the situation, the transport bubble was created from July 1 onwards and yet you chose not to avail, that is the matter to go into individual cases,” the Supreme Court said.

The Calcutta High Court in the case of Tapas Kumar Basak Vs. Assistant Director of Income Tax, International Taxation-II & Ors. upheld the order treating the assessee as “Resident” for having stayed in India for 182 days, brought the entire salary under global income. The single judge bench of Justice Md. Nizamuddin clarified that circulars/notifications upon which petitioner wants to rely is in conflict with Section 6 (1) of the Income Tax Act, 1961 and it is settled principle of law that if there is a conflict between a circular or notification and an Act the Act will prevail.

“I am not inclined to interfere with the impugned order of the respondent Commissioner of Income Tax dated 25th January, 2007 passed in exercise of his revisional jurisdiction under Section 264 of the Income Tax Act, 1961, confirming the order of assessment under Section 147/144 of the Income Tax Act, 1961 treating the petitioner as “Resident”, in the exercise of the limited scope of judicial review by this Court under constitutional writ jurisdiction under Article 226 of the Constitution of India,” the calcutta high court said.

Income Tax Return: How to Handle Mismatch of Form-16 and Form 26AS?