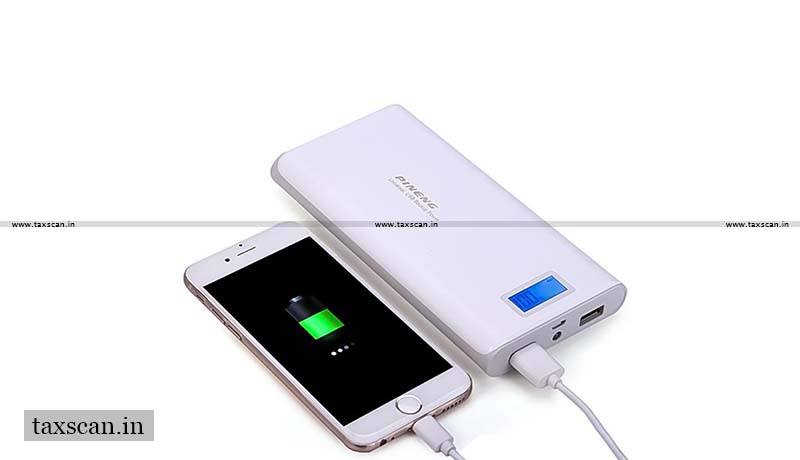 The Delhi bench of the Customs, Excise and Service Tax Appellate Tribunal (CESTAT) has held that duty exemption is available to the import of power banks being a mobile battery charger.

The respondent-assessee M/s S.B. Industries, are engaged in the manufacture of power bank/ portable mobile charger out of imported components. The department denied concessional rate of duty on import of power banks.

The assessee contended that the ‘power bank’ is primarily used to charge the battery of mobile phone and is different from accumulator has held in the impugned order. It was further submitted that the ‘power bank’ primarily acts as the charger for mobile handsets and hence the respondent is entitled to Exemption Notification No. 12/2012– Cus, which exempts the part or component as classifiable in any chapter for the manufacture of the battery charger of mobile handsets.

On appeal, the first appellate authority also held that the benefit of aforesaid Notification is available to the power bank as the mobile battery charger.

Upholding the first appellate order, the division bench of the CESTAT observed that although the Ministry has issued the clarification to the Respondent regarding the classification of ‘power bank’ as the ‘accumulator’ but the same cannot be treated as a circular issued by the Board was as to make it mandatory on the part of the Adjudicating Authority to follow the same.

“In that case, we are also in agreement with the decision of Punjab Recorders and Orient Paper Mills (supra), wherein it is held that clarification issued by the CBEC is not applicable to the Adjudicating Authority. Therefore, we find that the Commissioner(Appeal) has considered the same and rightly deferred with the classification as decided by the Ministry on the basis of his well-reasoned arguments. We do not find any infirmity in the finding of the Ld. Commissioner(Appeal) on this Circular as well,” the Tribunal said.

“Once it is held that power bank is also a kind of mobile charger, automatically the benefit of the Notification is above will be available to the respondent. It is on record that in this case, the goods imported are part and input of power bank (portable mobile battery charger and is entailed for the purpose of use in same, the benefit cannot be denied),” the Tribunal said.