Form-29B is not at all Significant for Processing of the Return: Kerala HC [Read Judgment] 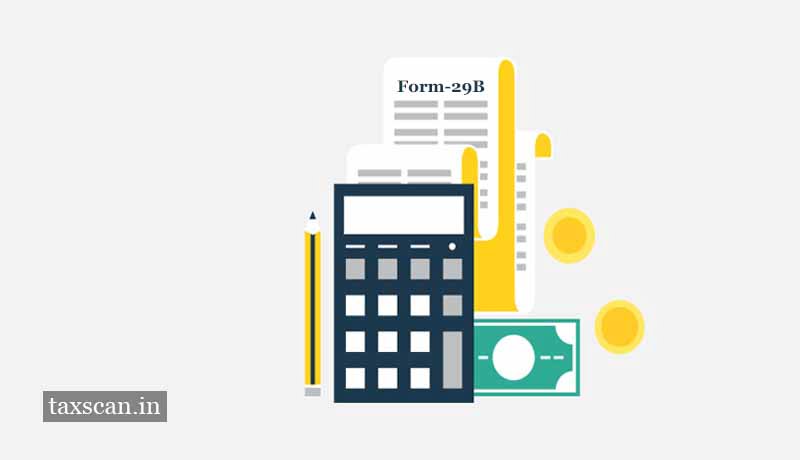 In a recent case, the Kerala High Court observed that Form-29B is not at all significant for processing of the return as is seen from the facts of the case which indicate that such processing having been done far earlier to the filing of such statement.

The facts of the case are the original return of the assessee was filed on 29.10.2002 and a revised return on 22.03.2004.  The assessee was issued with an order computing refund but interest was not computed under Section 244 and hence the assessee filed an application under Section 154, which was considered an order was passed computing the interest from 1.4.2002 to 31.10.2006, on which latter date the entire refund was effected. Subsequently, an assessment was completed under Section 143(3) read with Section 147.  The tax payable was as per Section 115JB (Minimum Alternate Tax) which exceeded the tax on the total income computed.  The dispute arose when a rectification was made under Section 154 reducing the interest granted to the period between 02.08.2006 to 31.10.2006 @ 0.5%. This rectification order does not indicate as to why such a rectification was made. A representation was filed by the assessee was declined. The assessee filed appeal, the commissioner held that Interest was found to be running only from 02.08.2006 since Form-29B, was filed on 02.08.2006. Later in the order, it was found that such a statement was filed on 07.09.2006. It was hence that order confined the interest @ 0.5% between 08.09.2006 to 31.10.2006.  The appeal before the Tribunal went against the assessee.so the appeal filed before this court.

The assessee submitted that there is no question of any delay attributable to the assessee since the MAT under Section 115JB has to be computed by the AO as available from the books of accounts, the profit and loss statement and the returns produced before the AO. Hence, the filing of a statement under Form-29B is not at all significant for determining MAT or processing the refund under Section 143(1).

The department submitted that Section 115JB prescribes a statement to be filed by the accountant which is in Form-29B along with the return. The delay in filing Form-29B hence has occasioned the delay in refund also. The delay in the refund being attributable to the assessee, there cannot be any interest during the period of delay.

The division bench comprising of Justice K.Vinod Chandran and Justice Ashok Menon held that in the present case, though Form-29B was filed only on 07.09.2006, it is seen that intimation under Section 143(1) was issued before that on 20.07.2003. A refund was also issued computing the tax payable under Section 115JB on 03.08.2006. The court does not think that the orders of the lower authorities restricting the interest until 08.09.2006 can be upheld.

The court also held that Form-29B is not at all significant for processing of the return as is seen from the facts of the case which indicate that such processing having been done far earlier to the filing of such statement.  As to the delay attributable to the assessee, we have found that the claim for interest can arise only from the date of revised return, i.e. 22.03.2004.  The AO shall make such modifications as directed herein and grant interest to the assessee from the date specified by the court.

Negligence without ill intent held not to be ‘Misconduct’: Bombay HC [Read Judgment]