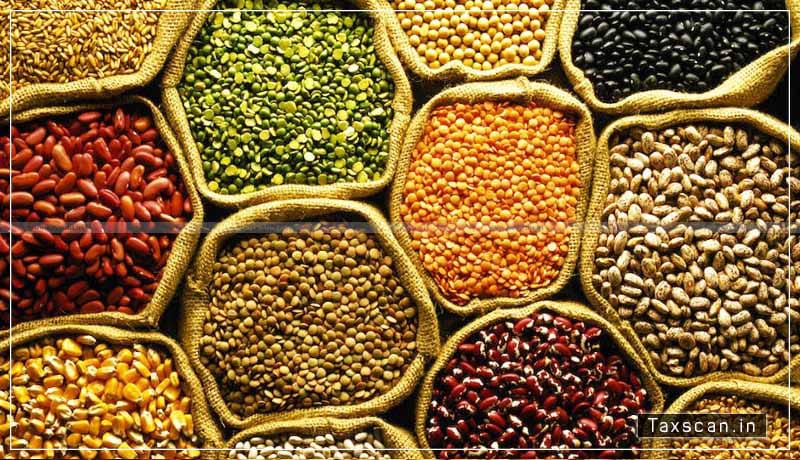 The Karnataka Authority of Advance Ruling (AAR) ruled that the Supply of Kharif Arhar (Tur) and Green Gram to National Agricultural Co-operative Marketing Federation Limited (NAFED) is an exempted supply.

The applicant,  Karnataka State Cooperative Marketing Federation Limited has submitted that the Government of India announces Minimum Support Price for oilseeds and pulses under its Price Support Scheme (PSS). The Department of Agriculture, Cooperation and Family Welfare has appointed NAFED as one of the nodal agencies to the Government of India for implementation of PSS.

The applicant has been appointed as the State Level Supporter (SLS) by the State Government of Karnataka to implement the Price Support Scheme (PSS). Accordingly, the applicant procures Kharif Arhar (Tur) and Kharif Green Gram from the farmers and supplies it to NAFED.

Further the applicant submitted that they procure gunny bags from third parties at transaction value plus GST at the rate of 5%. These gunny bags are used to pack the Kharif Arhar (Tur) and Kharif Green Gram as per the specifications issued by NAFED, the product does not bear any brand name. Cost of transportation of crop procured, handling charges, gunny bag pre-tax value is reimbursed by NAFED and NAFED also pays 2% of the Minimum Support Price as Administrative Markup to the applicant.

The applicant sought advance ruling on the issue whether the transaction of supplying Kharif Arhar (Tur) Crops and Green Gram crops from farmers to NAFED is a taxable supply.

The other issue raised was what is the rate of tax to be charged for sale of Agricultural produce to NAFED, if it is to be treated as taxable supply?

The applicant sought answer to the question that whether GST paid on purchase of Gunny bags by KSCMFL eligible to be claimed as Input tax credit?

Lastly, the applicant has sought advance ruling on whether provisions of Section 51 and Notification 50/2018 – Central Tax dated 13th September 2018 applicable on KSCMFL that is KSCMFL required to deduct TDS under section 51 of CGST/KGST Act, 2017 on payments to be made by KSCMFL to NAFED.

The two-member bench of Dr. M.P. Ravi Prasad and Mashood ur Rehman Faruqooi ruled that The supply of Kharif Arhar (Tur) and Green Gram to NAFED is an exempted supply as per entry No.45 of the Notification No.2/2017- Central Tax (Rate) dated 28th June, 2017.

The AAR further ruled that GST paid on purchase of Gunny bags shall not be claimed as an input tax credit as per subsection 2 of section 17 of the CGST Act 2017.

“The provisions of TDS as prescribed under section 51 of CGST/KGST Act, 2017 does not apply to the applicant,” the AAR said.

When will you change, Mr. Arbitrator?