Revision of Returns under GST: Two sides of the Coin 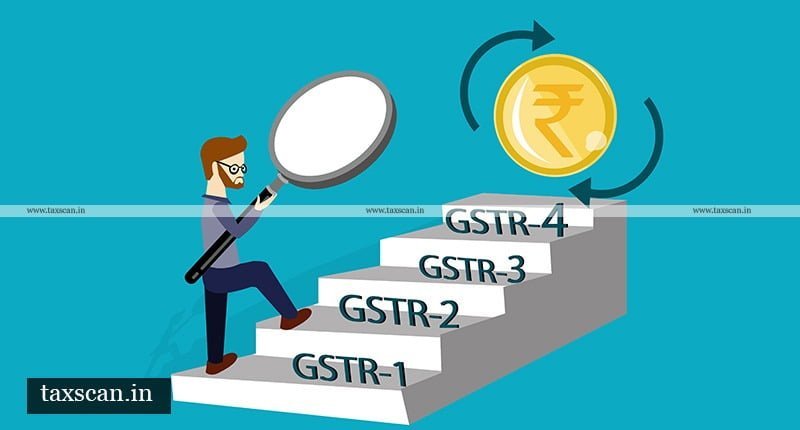 Four and half years ago, the Indian Government brought GST to reality and implemented it countrywide with effect from 1 July 2017. Discernably, it was a historic moment for the country and was welcomed with a lot of hullabaloos. The flyers of GST were widely distributed which explained the prominent features of the scheme such as seamless credit, single tax, easy to understand and implement, and a completely automated compliance system.

While this automated compliance system sounded impressive, the actual execution and implementation of this system were sloppy. The technology and GSTN portal were plagued with numerous issues. Right from logging on the portal, to missing data to a slow and sluggish portal, the taxpayers were exasperated, unsure of how to deal with such a solution. To address the issue at hand, the Government came up with a simplified return system that involved 2 returns to be filed each month viz. GSTR-1 and GSTR-3B as against the original plan of GSTR-1, GSTR-2, and GSTR-3. Albeit GSTR-3B was termed as the ‘stop-gap’ arrangement, it has now become the permanent return and all other return systems have been scrapped. Thus, undoubtedly, the onset of GST and its compliance system was full of design bugs which gave sleepless nights to the taxpayers.

In this article, we wish to discuss a case law from the era when the GSTN portal was going through testing times. The case of Union of India Vs Bharti Airtel Ltd. & Ors (Supreme Court of India) [CIVIL APPEAL NO. OF 2021 (ARISING OUT OF S.L.P. (C) NO. 8654 OF 2020) dated October 28, 2021], was decided by the Hon’ble Supreme Court (SC) and a scandalous judgment was pronounced recently.

Bharti Airtel or the assessee had underreported and under claimed Input Tax Credit (ITC) in GSTR-3B form for the period of three months viz. July 2017 to September 2017 due to lack of generation of GSTR-2 and GSTR-3 (the statutory forms as prescribed at that point in time). The Company contended that because GSTR-2 could not be generated, it was unable to validate the ITC claim, and hence the error of under-claiming ITC was committed. The ITC under question amounts to a whooping INR 923 crores and hence the stakes involved were significant. Bharti Airtel wished to claim a refund of INR 923 crores paid in excess during the said period.

A question that could arise here is – what is the need of claiming a refund if it can be adjusted against the output tax liability in the subsequent period. The telecom sector has faced a reduction in tariff over the years and the accumulated credit would not be consumed against the reduced output liability in all probabilities. Hence, the refund claim is the only solution to recoup the excess tax paid. A petition was filed before the Delhi High Court (HC) for allowing the said refund claim. The Delhi HC held that rectification of the return of a specific month to which the error pertains to is imperative and accordingly read down para 4 of the Circular No. 26/26/2017-GST dated 29 December 2017, to the extent that it restricts the rectification of Form GSTR-3B in respect of the period in which the error has occurred. The HC, therefore, allowed the petitioner to rectify respective returns and directed the authorities to verify the ITC claim within two weeks and give the effect of the same.

Understandably so, the revenue approached the SC challenging the refund order of the Delhi HC which was admitted. The SC recently heard the petition and set aside Delhi HC’s order stating that an assessee cannot be permitted to unilaterally carry out rectification of his returns submitted electronically in Form GSTR­3B, which inevitably would affect the obligations and liabilities of other stakeholders, because of the cascading effect in their electronic records. Inter-alia its other observations, the SC held the following:

The SC’s observation that the primary source of self-assessment should be the books of accounts and records is not completely incorrect. This is how the liability and the ITC claim were determined in the previous regimes. There were no inward statements to intimate an assessee the ITC that he/she should claim. However, the point here is that GST has such mechanics. The introduction of GSTR 2 or the advent of GSTR 2A has been a differentiator as far as the GST regime is concerned. While the SC has invalidated the reliance of the taxpayer on GSTR-2A, the Government has introduced Section 16(2)(aa) which legally disallows any credit availed in excess of what is populated in GSTR 2A/2B. Therefore, while the judiciary is cornering with the revenue, the revenue itself is contradicting the judiciary.

Moreover, if GSTR-2A cannot be a primary source of determining the ITC, what is it exactly meant for? Because the ITC can be determined basis the books of accounts, therefore, GSTR-2A becomes a redundant statement. Being redundant, the same cannot be used to block credits by the officers under rule 86A of CGST Rules, 2017. The SC termed GSTN portal to be a facilitator. The dictionary defines facilitator as something which makes a process easy or easier. The GSTN portal is the mandatory platform to file returns and not something which is voluntary to make the return filing process easy.

Currently, what we are practically experiencing is something entirely different. Not only the revenue is considering GSTR-2A as a statement, but it is also now treating it as a bible for allowing ITC to taxpayers. Notices are being issued to taxpayers left, right, and center on mismatches between ITC as per GSTR-2A vs GSTR-3B; ITC is being blocked if the same is not reflected in GSTR-2A; and Rule 36(4) of CGST Rules, 2017 which is the current enabler to avail credit is wholly dependent on credit reflected in GSTR-2A. Therefore, in which part of the world is GSTR-2A being considered as a secondary source to determine credit is something which is beyond our understanding.

While the Hon’ble SC mentioned that self-assessment is a regime which is being carried forward from the previous regime, and the taxpayers should have been prepared for the same under GST as well, it forgot to note that in the previous regime, Bharti Airtel would have been permitted to rectify its return. There was absolutely no bar to rectify the returns to correct the errors discovered later.

Moreover, under GST, a circular was issued on 1 September 2017 which permitted the taxpayers to rectify errors committed while filing GSTR-3B by way of rectifications in GSTR-1 and GSTR-2 of the same month. However, at a later point in December 2017, the same circular was kept in abeyance on the premises that GSTR-2 and GSTR-3 were non-operational. Therefore, it is important to note that for the period September to December, a taxpayer would be under a belief that returns can be rectified and hence, on the cautious side paid excess tax. However, in December the taxpayers were given a jolt when the circular was kept in abeyance. It is evident that the taxpayers were promised functionality to rectify returns but the promise was a hollow one and was never fulfilled. In such circumstances, how can the court hold the taxpayer to be at a fault is non-fathomable.

This is a case of a refund of excess tax paid. Therefore, clearly, the revenue is at an advantage. However, the question of equity is whether the SC would have pronounced a similar judgment if Bharti Airtel had a short-paid tax on account of the non-functioning of GST portal? The answer is a deafening no. Bharti Airtel would have to pay interest and most probably penalty as well in such a case.

Absolutely Yes! Once the doors to rectify returns are opened, it shall be a complete commotion, the capability to handle which is not with the revenue. Moreover, had the SC pronounced this judgment in favor of the assessee, the floodgates to similar litigations would have opened. However, such situations only arise when the administration is not completely thorough; when the law says something and completely different scenarios is prevalent practically.

As for the obligations and liabilities of the stakeholders, which the SC mentioned in their judgment, the taxes were paid by the suppliers. Bharti Airtel failed to avail credit of the same. The only other stakeholder that is left in the equation is the revenue who would have to cough up the excess tax collected.

As has been discussed on various platforms, this decision might have turned in the favor of the revenue, for now, however, the noting of the SC will prove to be against the revenue in the long term. By calling the GST portal as a ‘facilitator’ which cannot be the primary source of information, the SC has given an avenue to all taxpayers litigating notices on Rule 86A or Section 16(4) or mismatch of ITC.

GSTN portal is the backbone of the GST regime; it cannot be termed as a mere facilitator. The entire scheme and its execution are oscillating on the GSTN portal. A review petition against this decision may be filed by the assessee; however, a favorable decision is difficult to expect.

[The authors are Jigar Doshi- Founding partner at TMSL and Nikita Maheshwari- Manager at TMSL. They can be reached at jigar.doshi@tmsl.in]

Re-Verification of Documents not possible due to Lapse of Time: CESTAT upholds Report made in 2003 to allow CENVAT Credit [Read Order]