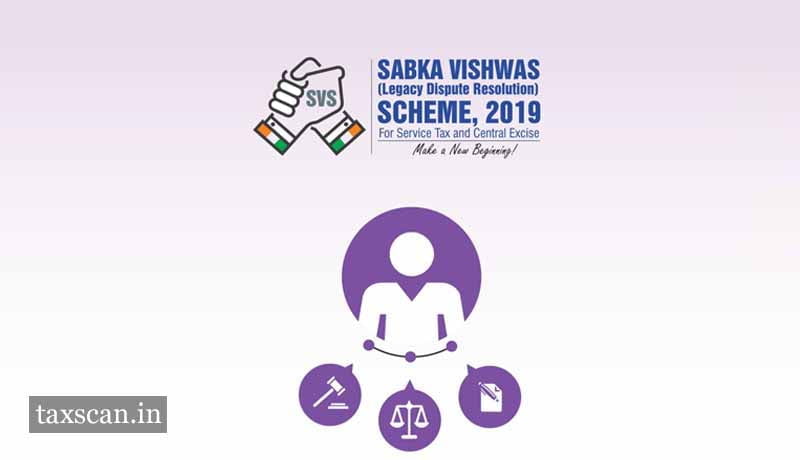 The Delhi High Court dismissed the petition on the ground that the challenge to Show Cause Notice (SCN) is not maintainable as the petitioner still has its statutory remedies Sabka Vishwas (Legacy Dispute Resolution) Scheme, 2019 (SVLDRS).

The petitioner, Karan Singh being the proprietor of M/S. Syona Spa, is in the business of providing health club and fitness center services. An investigation was initiated by the Anti-Evasion in respect of service tax dues for the period of 2014-15 to June 2017.

The summons was issued to the Petitioner. In reaction thereto, Petitioner deposited service tax of Rs. 20,08,334/- vide challans. Thereafter, by way of letters, the Petitioner sent its response to the summons, submitting, inter alia, month-wise receipts of service tax.

The Petitioner sought to take advantage of SVLDRS and filed an online declaration, under FORM SVLDRS-1. Therein, against “Quantified Amount details”, the Petitioner declared that duty/tax of Rs. 20,08,334/- was quantified, as declared by it in its letter.

The declaration under FORM SVLDRS-1 was rejected on the ground of ineligibility, with the remarks – “Demand has neither been quantified nor has been communicated to the assessee” and “Submit SVLDRS-4 of main noticee”. In this backdrop, the present petition has been filed.

The Revenue urged that unilateral quantification by the Petitioner by writing the letter/communication dated 18.06.2019 cannot render him eligible. It would only be an admission of service tax liability of that amount, and such admission in itself would not render the petitioner eligible under SVLDRS.

The division bench of Justice Sanjeev Narula and Rajiv Sahai Endlaw noted that in the category of cases where investigation or audit was continuing as on the introduction of SVLDRS, the benefit of the scheme would be available to only such cases, where, during the investigation, the department quantifies the amount and not vice versa.

The court noticed that there is not much difference between the amounts as mentioned in the communication dated 18.06.2019 and the SCN issued by the department subsequent to the completion of the investigation. However, in our opinion, that in itself cannot be a measure to interpret the concept of ‘quantification’. The quantification of the amount in question, as defined under the relevant provisions noted above, and further clarified under the circulars noted above, can only mean to be a duty liability which has been determined by the department.

“Since amount could not be said to have been ‘quantified’, the petitioner was not eligible, and therefore, the reasoning given by the respondent in rejecting the application does not call for any interference. Thus, the challenge to the SCN is also not maintainable as the petitioner still has its statutory remedies under the Act to impugn the same,” the court said.

Scrutiny Assessment can’t be framed in absence of a Valid Notice, omission to issue notice, not a curable defect: ITAT [Read Order]