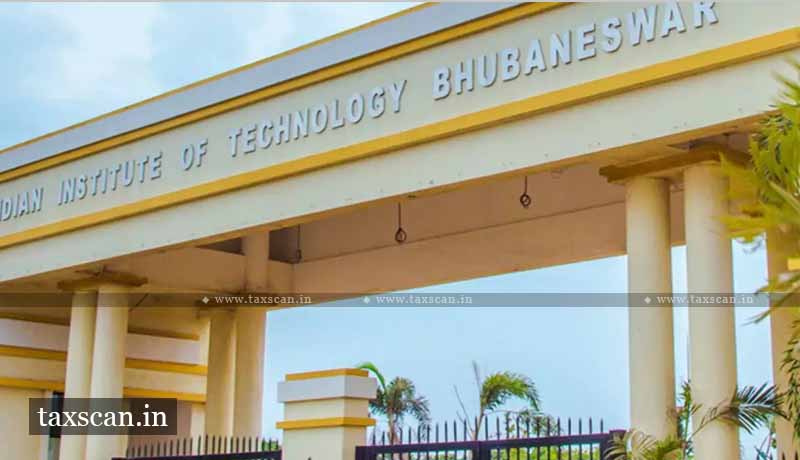 The Orissa Authority of Advance Ruling (AAR) ruled that 18% GST on the construction of Director’s Bungalow and Staff Quarters for IIT, Bhubaneswar.

The Applicant has sought advance ruling in respect of the issue whether on the basis of law as well as fact, IIT, Bhubaneswar is a ‘Governmental Authority’ or a ‘Government Entity’ as defined at clause no (ix) and (x) in the explanation at serial no. 4 to Notification No. 11/2017 Central Tax (rate) dated June 28, 2017 under Central GST Act.

If yes, whether the works contract service of construction of IIT Bhubaneswar Campus allotted to the Applicant company, covered under clause (vi)(b) of Sr. No. 3 (classification code 9954) of the table in the Notification No. 11/2017-Central Tax(Rate) dated the 28th June, 2017. For that matter the applicable rate of tax is 12% (including State GST rate).

The coram consists of G.K. Pati and H.K.Mishra said that civil construction of residential quarters is not the primary work entrusted to IIT, Bhubaneswar and the AAR failed to understand as to why the benefit of concessional rate 12% GST should be available to this particular works contract awarded to the applicant.

Therefore, the AAR held that the works entrusted to the Applicant by IIT, Bhubaneswar under contract/agreement cannot be termed as composite supply and thus entire work under the said contract shall not be entitled to concessional rate in terms of Notification No. 11/2017-C.T. (R), dated June 28, 2017.

However, the AAR also held that the supply of goods and services or both which squarely fall within the ambit of scope of work entrusted to HT, Bhubaneswar by Government of India shall be entitled for concessional rate under Sr. No. 3(vi) to Notification No. 11/2017-C.T. (R). Accordingly, each and every supply under the subject contract shall be treated separately for determining the rate of tax under the CGST Act, 2017 read with the provisions of GST Tariff and respective exemption notifications.

The AAR held that the construction of Directors Bungalow and the construction of staff/faculty quarters are out of the purview of the exemption provided under Notification No. 11/2017-C.T. (Rate), dated June 28, 2017, and would attract 18%  GST (9% CGST and 9% SGST).

No Evidentiary Value of Whatsapp Messages unless Certificate under Section 65B of Indian Evidence Act is obtained: Punjab & Haryana High Court [Read Order]

SEBI relaxes compliance with certain provisions of the SEBI (Listing Obligations and Disclosure Requirements) Regulations, 2015 due to the COVID-19 [Read Circular]