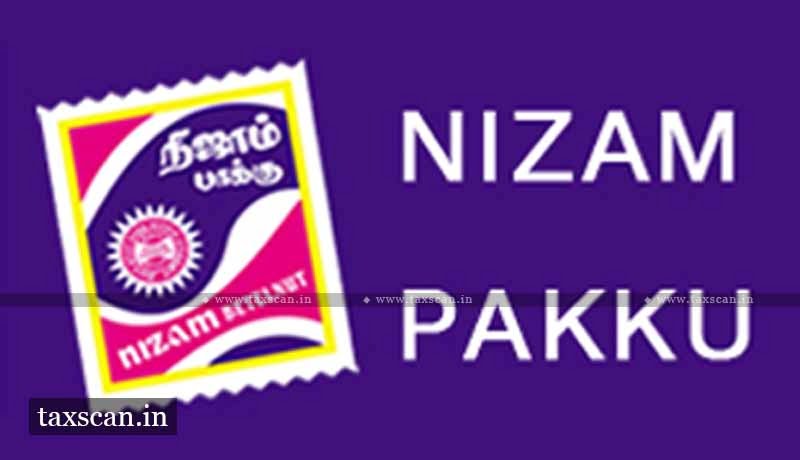 The Tamil Nadu Appellate Authority of Advance Ruling (AAAR) while setting aside the AAR’s ruling held that only 5% GST on “Nizam Pakku” betel nut.

The appellant, M/s S.A. Safiullah is owned by Abdul Razak Safiullah and is engaged in trading of Betel nut, under the name and style “Nizam Pakku” and the said brand name is owned and registered in favour of the Applicant. “Pakku” is a tamil word for “betel nut”. The said “Nizam Pakku” is manufactured by M/s Azam Laminators Pvt. Ltd. who sells the “Nizam Pakku” exclusively to the Applicant, which is marketed by them through Dealers and Distributors network.

The issue raised in this case was whether the ‘Nizam Pakku’ bought and sold by the Applicant, the manufacturing process of which has been explained by them is classifiable under Chapter heading 0802 8030 of the Customs Tariff and hence attract 2.5 % CGST as per Sl.No.28 of Schedule I of Notification 1/2017 Central Taxes (Rate) Dated June 28, 2017, and equal rate of SGST.

However, the appellant challenged the order of the lower authority before the AAAR.

The Coram consisting of M.A.Siddiqui and G.V. Krishna Rao found that from the Commercial Invoice and the related Shipping Bill for Export, the product is described as ‘Nizam BetelNut (Arecanut)’. Thus, it is seen that the product of the appellant is known as Betel nut (Areca nut) and assessed accordingly by the Customs. After considering the appellant’s claim that the terms ‘betel nut’ and ‘areca nut’ are the same and used interchangeably, the Appellate Authority ruled that the applicable GST rate for the product is 5% only and set aside the AAR’s order imposing 12% of GST.