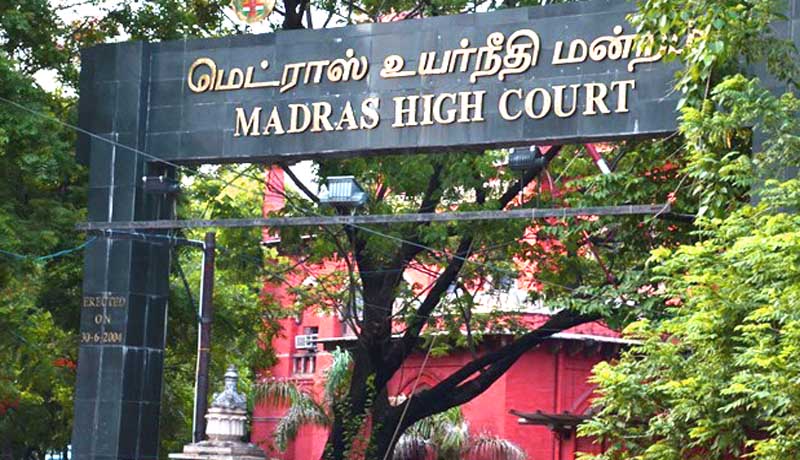 The Madras High Court has held that an application filed before the Authority for Advance Rulings (AAR) under the Tamil Nadu VAT Act does not survive after the enactment of Tamil Nadu GST Act, 2018.

The petitioner, M/s.Renatus Procon Private Ltd, has challenged the order passed by the Authority for Clarification and Advance Ruling dated 26.04.2019. The petitioner had approached this Court earlier vide W.P.No.30528 of 2015, challenging the Clarification obtained from the Authority on 02.09.2015 on the taxability of sand lime bricks. The Court, while setting aside the clarification dated 02.09.2015, directed the Authority to hear the petitioner and only thereafter, take a view. However, despite a specific direction from the Court to the effect that the exercise of hearing the petitioner and passing appropriate orders is to be completed within six weeks from the date of receipt of a copy of that order, the Authority appears to have taken the matter up only in 2018 after a lapse of three years. The petitioner again approached the Court challenging the notice contending that the same is liable to be dropped.

Allowing the contentions of the petitioner, Justice Anita Sumant held that “The sum and substance of the petitioner’s submissions is that, with the enacting of the TNGST Act, 2018, the Authority for Clarification and Advance Ruling does not exist in the form in which it did under the TNVAT Act and hence, the application filed by the petitioner itself does not survive. Thus, the impugned order is assailed on this basis.”

“In the counter filed the respondents, they rely on the provisions of Section 174 of the TNGST Act to take aid from the saving provisions. However, in view of the stand taken by the petitioner, I need hardly address the defence taken by the respondents, as I accede to the submissions made by the petitioner, concluding that, both the application and the impugned order would survive no longer,” the Court said.

Advocate J.V.Niranjan appeared for the petitioner.

Question of Unjust enrichment would not arise When Refund Claim is Time barred: CESTAT [Read Order]