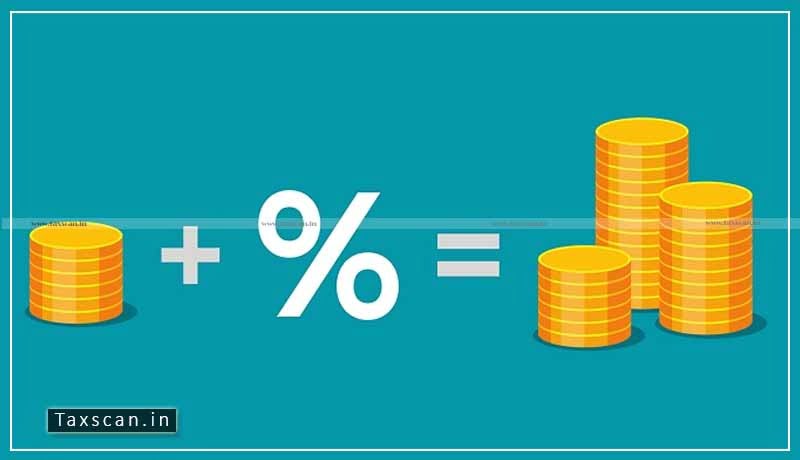 A recent advance ruling issued by the Karnataka Authority for Advance Ruling covers multiple frequently asked questions and thereby assumes significance. The ruling is issued in Order No. KAR ADRG 30/20/04.05.2020 in a case where Mr. Anil Kumar Agarwal, who is not a registered person under GST but in receipt of income from various sources, has applied for advance ruling under section 97 of the Central Goods & Service Tax Act, 2017 (CGST Act) read with State Goods & Service Tax Act, 2017 (SGST Act) with regard to certain points. He is in receipt of the following types of income and requested to clarify whether these incomes are includable in his aggregate turnover reckoned for registration threshold and whether liable to GST;

a] Partners salary as a partner from his own partnership firm

b] Salary as director from a private limited company

e] Interest received on loan given

f] Interest received on advance given

i] Interest on debentures

s] Capital gain/loss on the sale of company shares

u] Rent received on residential property

The Authority for Advance Ruling (AAR), Karnataka has answered the above questions from two angles. Firstly they tried to explain whether these incomes form part of “aggregate turnover” as defined under the CGST/SGST Acts and considered for taking registration under the said Acts.  Here, it is very pertinent to note that the liability to registration by itself does not cast any liability to pay tax. The remittance of tax is on the taxable supply but not on the aggregate turnover. Secondly, it is clarified whether these incomes are liable to tax under the Acts or not. The gist of the rulings issued is as under;

The applicant is in receipt of interest income from different sources as mentioned under (c), (d), (e), (f), (g), (h), (i), (j), (k), (1), (m), (n), (o), (p) above. All these interest income are out of the deposits/loans extended by the applicant. The services by way of extending deposits, loans or advances in so far as the consideration is represented by way of interest or discount (other than interest involved in credit card services), falling under SAC 9971, are exempted under Entry No.27(a) of the Notification No. 12/2017-Central Tax (Rate) dated: 28.06.2017. Thus the interest earned by the applicant, out of the deposits/loans/advances extended, amounts to consideration and is exempted by virtue of entry number mentioned supra.

Therefore in the instant case extending the deposits/loans/advances by the applicant is nothing but exempted service and the actual amounts of deposits/loans/advances become the value of the service. Thus these amounts are to be included in the aggregate turnover for registration, under the provisions of the GST Act but not liable to tax under GST.

Salary received as a partner, from applicant’s partnership firm

The applicant is in receipt of a certain amount termed as a partner’s salary from the firm where the applicant is also a partner. Since the applicant has not furnished any documents relevant to the issue, such as a copy of the agreement, appointment order, etc., so as to decide whether the applicant is an employee of the partnership firm or not, the AAR was unable to answer the question specifically. However, it is ruled that, in case, if the applicant is a working partner and is getting salary then the said salary is neither supply of goods nor supply of service in terms of clause 1 of Schedule III of CGST Act 2017. Further, in case if the applicant is in receipt of the amount towards his share of profit from the said partnership firm, then also the said income is not under the purview of GST as the share of profit is nothing but the application of money and hence the said salary is not required to be included in the aggregate turnover for registration under the provisions of GST Act. Thus in no circumstances, the partner’s income would form part of the aggregate turnover for registration under GST and would attract tax thereon.

Salary received as Director from a Private Limited Company:

The applicant is in receipt of a certain amount termed as salary as director of a private limited company. Two possibilities may arise with regard to the instant issue of the amount received by the applicant. The first possibility is that the applicant is the employee of the said company (Executive Director), in which case the services of the applicant as an employee to the employer are neither treated as supply of goods nor as to the supply of services, in terms of Schedule III of CGST Act 2017.

The second possibility is that the applicant is the non-Executive Director of the company and provides the services to the said company. In this case, the remuneration paid by the company is exigible to GST in the hands of the company under reverse charge mechanism under section 9(3) of the CGST Act 2017, as per Entry No. 6 of Notification No. 13/2017-Central Tax (Rate) dated 28.06.2017.

The transaction of rental/lease of commercial property amounts to supply; applicant receives periodical income towards the impugned supply of service & the same is in the course or furtherance of business and hence the said transaction amounts to supply in terms of Section 7(l)(a) of the CGST Act 2017. Thus it is a taxable supply of service having SAC 997212 and therefore the value of such supply is to be included in the aggregate turnover, for registration and is liable to tax.

The transaction of rental/lease of residential property amounts to supply; applicant receives periodical income towards the impugned supply of service and the same is in the course or furtherance of business and hence the said transaction amounts to supply in terms of Section 7(l)(a) of the CGST Act 2017.

However “Services by way of renting of residential dwelling for use as a residence, classified under SAC 997211” are exempted from the tax (GST) in terms of entry number 12 of the Notification No. 12/2017-Central Tax (Rate)dated 28.06.2017. Thus the impugned supply of service of renting of residential property becomes an exempted supply. Aggregate Turnover includes the value of the exempted supplies also. Therefore the income received by the applicant towards rent of the residential property is to be included in the aggregate turnover but exempted from tax.

Income received out of maturity proceeds of life insurance policies

Dividend on shares & capital gain/loss on the sale of shares

The applicant is also in receipt of income from dividends on shares and capital gain/loss on the sale of shares. The term ‘Securities’, which has the same meaning assigned to it in clause 2(h) of Securities Contracts (Regulation) Act 1956, in terms of Section 2(101) of the CGST Act 2017, includes shares, scrips, stocks, bonds, derivative instruments, etc., that have been explicitly excluded from the purview of GST, by virtue of its exclusion from the definition of ‘goods’ and ‘services’, as contained in Section 2(52) and Section 2(102) of the CGST Act respectively. In the instant case the dividend on shares, capital gains/losses on the sale of shares are relevant to the shares (securities) and the income earned in this relation is nothing but the application of money. Therefore this income earned out of shares, which are excluded from the definition of goods or services, also gets excluded from the said definition of goods/services. Therefore they are not relevant to the aggregate turnover and hence are not required to be added to the aggregate turnover for registration under the provisions of the GST Act.

Lastly, it is to be noted that registration and tax liability under GST is subject to the threshold limit of ₹ 20 Lakh (annual)  in normal states and of ₹ 10 Lakh (annual) in special category states (Arunachal Pradesh, Assam, Jammu & Kashmir, Manipur, Meghalaya, Mizoram, Nagaland, Sikkim, Tripura, Himachal Pradesh, and Uttarakhand) as far as the supply of services is concerned.

As per the advance ruling issued herein the value of actual amounts of deposits/loans/advances, remuneration received as a Non-Executive Director, rental income received from commercial/residential properties would form part of aggregate turnover considered for taking registration under the Act.

Regarding the income received by a nominated director (non-executive director, if he is a whole-time director) different views are also now available.  As far as the remuneration paid to a whole-time Director is concerned, it is pointed out that his service can be termed as a service of an employee to the employer and therefore exempted from the purview of aggregate turnover and tax liability under the GST Act. As per Rule 2(1)(k) of the Companies (Specification of definitions details) Rules, 2014 “Executive Director” means a Whole Time Director as defined in clause (94) of section 2 of the Act. As per Clause 2(94) of Companies Act, 2013  “whole-time director” includes a Director in the whole-time employment of the company.

Aji V Dev is an Advocate practicing in the High Court of Kerala.