Applicability of Margin Scheme to Sale of Repossessed Vehicle

Applicability of Margin Scheme to Sale of Repossessed Vehicle 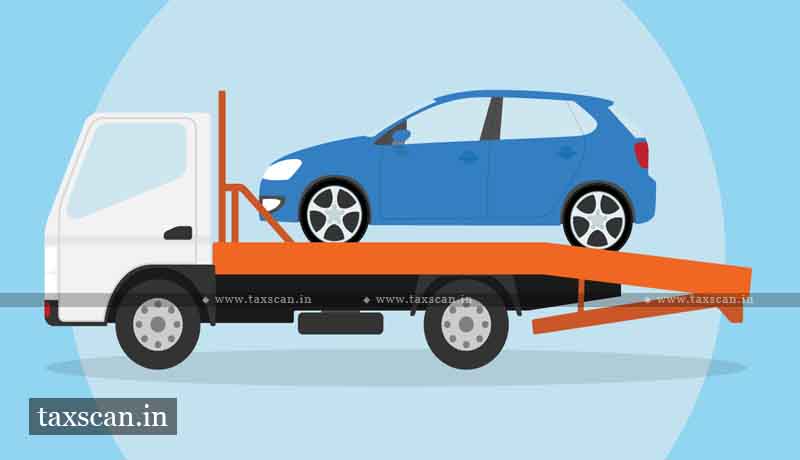 Margin scheme not applicable   for sale of repossessed vehicles made by financier on termination of hire purchase agreements  … Volkswagen Financial Services UK Ltd Vs. The Commissioner for Her Majesty’s Revenue [2020] UKUT 0042 (TCC)

Volkswagen Financial Services UK (VFS, for short), is engaged primarily in financing vehicle purchases under the Automotive brands Audi, Bentley, Lamborghini, Porsche, Skoda, Volkwagen etc.  The dispute arose, when VFS claimed refund of tax paid on sale of repossessed vehicles on the ground that they are resellers of vehicles and are hence entitled for  benefit of margin scheme in respect of sale of repossessed vehicles acquired from customers in case of early or forced termination of hire purchase agreements.

Margin scheme, is for short, the facility offered to those dealing in second hand goods, whereby, VAT is charged only on the difference between purchase price and sale price of dealers of second-hand goods.  The purpose of the scheme is to avoid double taxation as the goods, having once borne the incidence of tax without input set off facility, re-enter the economic supply chain.

Let us see the VAT arrangements involved in the stream of transactions:

VFS Purchases vehicles from Authorised dealers by discharging appropriate VAT.  VFS has taken credit of VAT paid on such purchases. There is no dispute about this arrangement.

The Vehicles are then supplied to the customer by entering in to a hire purchase agreement. VFS is discharging VAT on full sale value of vehicle  supplied to customer at the point of sale itself, though monies are recovered from the customer over a period of time. VAT is discharged on entire value upfront since the definition of supply covers within its scope transfer of possession under hire purchase agreement.   There is no dispute on this aspect also.

When all installments are paid by the customer, the customer becomes the absolute owner of the vehicle.  The agreement also offers a facility whereby, after paying 50% of the installments, the customer is given an option to terminate the hire purchase agreement. In such cases, the possession of the vehicle will be taken back by VFS. In such a scenario, 50% of installment paid is treated by VFS as the cost of supply and is claiming refund of VAT paid on consideration in excess of 50% from the tax department. In other words, the cost of the vehicle is treated as reduced to the number of instalments paid. The above model is in accordance with VAT provision and hence not relevant for dispute. Sometimes, the customer defaults in payment of instalments. In such cases, VFS is entitled for repossession of vehicle. When the vehicle is repossessed, the cost of original supply is deemed as reduced to the extent of instalments paid by the customer. In such scenarios also VFS is claiming refund of VAT paid in excess in respect of original supply. The model followed and VAT discharged is not in dispute. In above two situations,  the upper Tribunal has addressed the issue whether on termination, the transaction ceases to be supply of goods and transforms to a service transaction whereby the customer has used the goods till point of termination of agreement.

On receiving possession of such vehicle from the customer, VFS is reselling such vehicles in auction. The main point of dispute pertains to this transaction. VFS contends that they are entitled for benefit of margin scheme on this transaction and is liable to pay VAT only on difference between Sale Price and Purchase price of the vehicle.

The Upper tribunal has proceeded on premise that, in order to decide the eligibility under the margin scheme , the Tribunal had to first decide the issue, whether there is a ‘supply’ from the customer to VFS during repossession of vehicle and if so, what is the ‘consideration’ for such a supply.

The Upper Tribunal decided that THERE IS NO SUPPLY INVOLVED when customer is transferring possession of vehicle back to VFS and in the absence of a SUPPLY, there is no scope for applicability of margin scheme.

Summary of points considered and decided

VFS places reliance on the definition of ‘supply of goods’  which has two clauses. Clause (1) says ‘Supply of goods’ shall mean the transfer of the right to dispose of tangible property as owner. Clause (2) says, in addition to clause (1), each transaction listed in clause 2 constitute supply of goods. Sub clause (b) of clause 2,  classifies actual handing over of goods pursuant to a contract for the hire of goods for a certain period as supply.

The scope of entry regarding hire purchase transaction are restricted to the scope of taxing forward transaction to customer:  The taxing provision reads ‘ actual handing over of goods pursuant to a contract for the hire of goods for a certain period as supply’. The language of taxing  provision indicates that it is intended to refer only to the transfer of possession of the goods to the customer at the outset of the finance agreement. Such a transfer of possession is accurately described as occurring “pursuant to” the finance  agreement. ‘Repossession of the car” is neither  an “actual handing over” of the goods, or being “pursuant to” the finance agreement.

The  fiction of ‘supply’ in hire purchase comes to an end on termination of agreement: Once it is established that the normal course of events   that ownership would transfer to the customer upon payment of the final instalment cannot now occur, the fiction that it is a supply of goods comes to an end.  VFS is required to pay VAT only for such part of amount that is recovered. Although it has suffered the cash-flow detriment of accounting for this VAT upfront, it is  ultimately required to account for same amount of VAT if the transaction had been treated as a supply of services, namely the provision of a vehicle on hire for the period during which it was in the possession of the customer.

There is no irrecoverable VAT Cost embedded in repossession, hence no double taxation and hence margin scheme cannot be extended : VFS argued for eligibility of ‘margin scheme’, since the cost of VAT paid by the customer is ‘embedded’ in the supply from customer and intention of margin scheme is to relieve such embedded VAT component, in order to avoid double taxation. Tribunal rejected this argument on ground that since, when the agreement is terminated, the nature of payments by the customer takes the nature of payment for service of using the vehicle till point of termination of contract. Therefore, the VAT on purchase cannot be said to be embedded. Moreover, if there is no supply at all from customer, there is no question of double taxation.

When VFS is reselling the car, through first sale to customer and second sale after repossession, VFS would have received full capital value of vehicle. Therefore, it is obliged to charge VAT on entire value. If margin scheme is applied, the result would be that when VFS is recovering entire capital value, they are discharging VAT only on half of the value.

THE NEXT ISSUE, If there is a supply, what is the consideration, has been held as not relevant since it has been decided there is no supply.

Important Take aways from the decision:

Of late, we have seen judicial approach which says, a contract cannot be split so as to allocate a different treatment for consequence on termination. Same principle has been followed here as well, when it was  held that , repossession is only the  natural consequence flowing from termination of agreement in cases of voluntary or forceful termination. Therefore, concept of a supply cannot be attributed to acquiring vehicles on such repossession.

The second important takeaway is   the observation made by the Upper Tribunal that  when vehicles are repossessed, the nature of transaction between the Financier and customer is to be construed as one of service whereby the customer has availed right to use vehicle for a certain period. In other words, the transaction of hire purchase is taken to its logical end as ‘supply of goods’ only when customer pays all installments and vehicle vest absolutely in the customer. Any intermediate stoppage of agreements makes the transaction one of service and not supply. This observation has a major impact because the financier would have discharged GST initially treating transaction as supply of ‘goods’ and paid tax accordingly. Subsequent , when the nature of transaction changes to one of service , there could be chances of rate difference. But fortunately, under Indian GST, the rate GST payable  for transfer of right to use is same as rate applicable for the supply of such commodity.

Applicability of decision to Margin Scheme Under Indian  GST

As per Rule 32(5) of the CGST Rules, 2017, where a taxable supply is provided by a person dealing in buying and selling of second hand goods i.e., used goods as such or after such minor processing which does not change the nature of the goods and where no input tax credit has been availed on the purchase of such goods, the value of supply shall be the difference between the selling price and the purchase price and where the value of such supply is negative, it shall be ignored.

The proviso to the above rule further provides that in case of the purchase value of goods repossessed from an unregistered defaulting borrower, for the purpose of recovery of a loan or debt shall be deemed to be the purchase price of such goods by the defaulting borrower reduced by five percentage points for every quarter or part thereof, between the date of purchase and the date of disposal by the person making such repossession.

The margin scheme as it exists now poses the following questions , when the scheme is examined in context of Ruling of UK Tribunal: 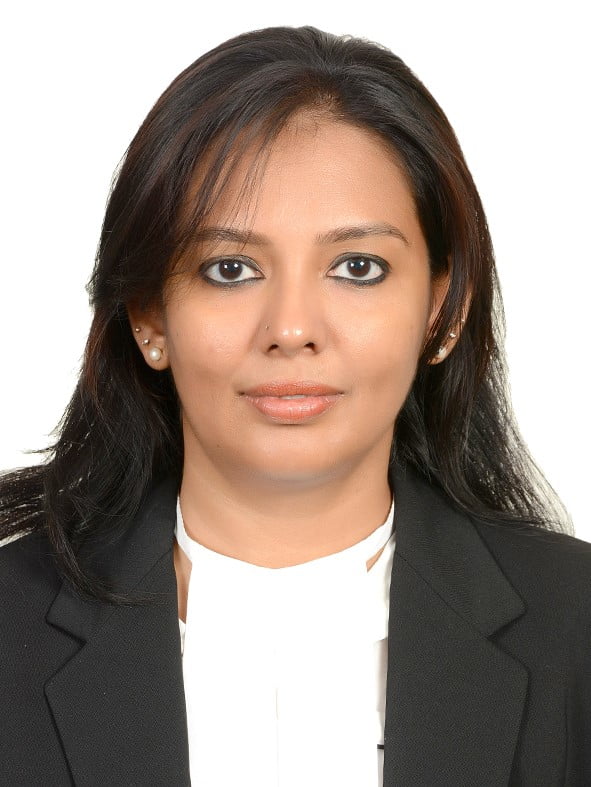