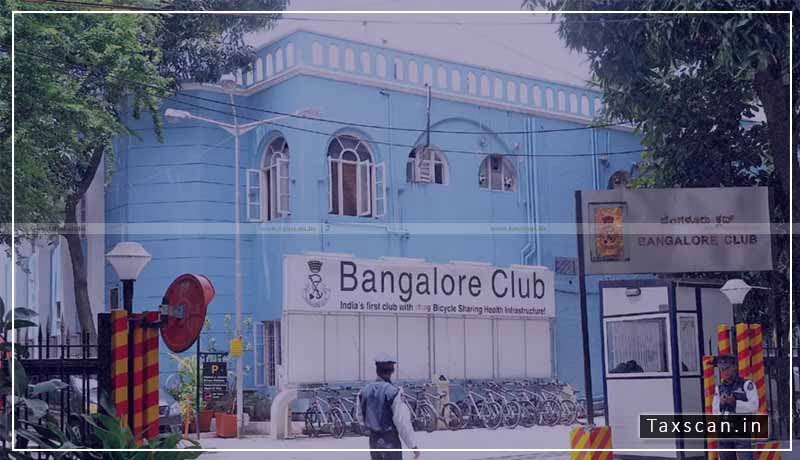 The Supreme Court held that Bangalore Club is not liable to pay wealth tax under the Wealth Tax Act, 1957.

The Appellant, Bangalore Club founded in 1868 by a group of British officers with the objective to provide for its Members, social, cultural, sporting, recreational, and other facilities; to promote camaraderie and fellowship among its members; to run the Club for the benefit of its members from out of the subscriptions and contributions of its member; to receive donations and gifts without conditions for the betterment of the Club. The General Committee may use its discretion to accept sponsorships for sporting Areas; to undertake measures for social service consequent on natural calamities or disasters, national or local; to enter into affiliation and reciprocal arrangements with other Clubs of similar standing both in India and abroad; and to do all other acts and things as are conducive or incidental to the attainment of the objects.

The issue raised in this case was pertained to whether the appellant was liable to pay wealth tax or not.

The Income Tax Appellate Tribunal, setting aside the order of assessment by the revenue authority, had held that Section 21 AA of the Wealth Tax Act would have no application to Bangalore Club. The Karnataka High Court had set aside the order of ITAT.

Section 21AA was enacted with effect from 1st April, 1981 and for the first time from 1st April 1981, an association of persons other than a company or cooperative society has been brought into the tax net so far as wealth tax is concerned with the rider that the individual shares of the members of such association in the income or assets or both on the date of its formation or at any time thereafter must be indeterminate or unknown. It is only then that the section gets attracted.

The Court noticed that Section 21AA was introduced in order to prevent tax evasion and that it does not enlarge the field of taxpayers but only plugs evasion as the association of persons must be formed with members who have indeterminate shares in its income or assets.

The Apex Court said that in order to be an association of persons attracting Section 21AA of the Wealth Tax Act, it is necessary that persons band together with some business or commercial object in view in order to make income or profits. The thrust of the provision, therefore, is to rope in associations of persons whose common object is a business or professional object, namely, to earn income or profits.

The three-judge bench of Justice R.F. Nariman, Justice Navin Sinha and Justice Indira Banerjee noticed that only three types of persons can be assessed for wealth tax under Section 3 i.e. individuals, Hindu undivided families, and companies. Hence, if Section 3(1) alone were to be looked at, the Bangalore Club neither being an individual, nor a HUF, nor a company cannot possibly be brought into the wealth tax net under this provision.

“Bangalore Club is an association of persons and not the creation, by a person who is otherwise assessable, of one among a large number of associations of persons without defining the shares of the members so as to escape tax liability. For all these reasons, it is clear that Section 21AA of the Wealth Tax Act does not get attracted to the facts of the present case,” the court said.

Noticing the objects of the Club and applying the aforementioned principles, the Court, hence, concluded that Bangalore Club is a social and the persons who are banded together do not band together for any business purpose or commercial purpose in order to make income or profits and hence, do not attract Section 21 AA of the Wealth Tax Act.