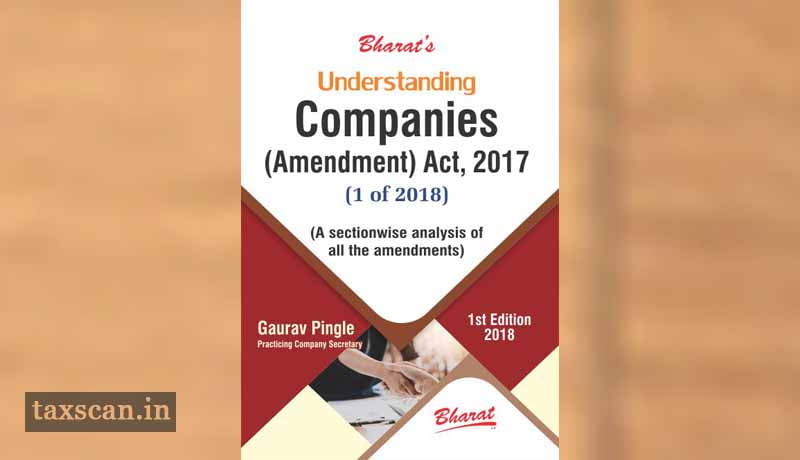 Companies Act 2013 is one of the most sophisticated legislation ever produced by the Parliament. The law aimed at providing greater autonomy of operations to the companies. With the ever-increasing field of business, there was felt a need for an accommodating legislation.

The Act introduced significant changes in the provisions related to governance, e-management, compliance, and enforcement, disclosure norms, auditors and mergers, and acquisitions. Also, new concepts such as one-person company, small companies, dormant company, class action suits, registered valuers and corporate social responsibility were also included. However, the Act was not completely flawless. When the Act came into effect, there were difficulties faced in compliance with certain provisions.

Amendments of the Act were carried out through the Companies (Amendment) Act, 2015 to address the immediate difficulties arising out of the initial experience of the working of the Act, and to facilitate “ease of doing business”. During the consideration of the Companies (Amendment) Bill, 2015 in the Rajya Sabha, views were expressed that more amendments would be required. A Companies Law Committee (the Committee) was, therefore, constituted consisting of representatives from the industry, professional institutes of chartered accountants, cost accountants, and company secretaries, and a former High Court Judge under the chairmanship of Secretary, Ministry of Corporate Affairs, to examine the need for further amendments.

The Companies (Amendment) Act, 2017 which was passed by the Lok Sabha on July 27, 2017, and by the Rajya Sabha on December 19, 2017, has received the assent of the President of India on January 3, 2018, and subsequently published in the Gazette of India.

The amendments made to the Company Act 2013 are so vast that it is very challenging as well as time-consuming to understand such a sophisticated amendment act. Luckily, Mr. Gaurav Pingle’s book “Understanding Companies (Amendment) Act 2017” act as a useful reference to the amendments made. Spanning over 23 Chapters, the book provides firsthand and in-depth knowledge regarding all the changes made in the Company Act 2013. Ranging from detailed commentary on certain topics to concise views, the book has successfully managed to touch every single amended provision. With five separate clean Tables, Mr. Gaurav Pingle has categorically classified all important amendments relating to private companies, public companies, directors and key managerial personnel, tribunals & statutory auditors. The book moreover, compares old provisions of the Act with the amended provisions. Efforts have been made to analyze and predict the impact of the amendments on the Corporates and how far the amendments will prove to be corporate friendly. Going through the book, one can find summaries of recommendations made by various Company Law Committees & Standing Committee on Finance. It provides an insight into the need of the amendments. The recommendations are summarized very concisely, without losing their true essence. The Companies (Amendment) Act, 2017 and Commencement Notifications Regarding Companies (Amendment) Act, 2017 provided as appendices, aid the reader in quick reference.

It is needless to state that this book will definitely be invaluable in the hands of Advocates, Company Secretaries, Chartered Accountants, academicians and Students of Law.

Buy the Book from here.

Bad Loans: Around 40 Chartered Accountants are under RBI Lens