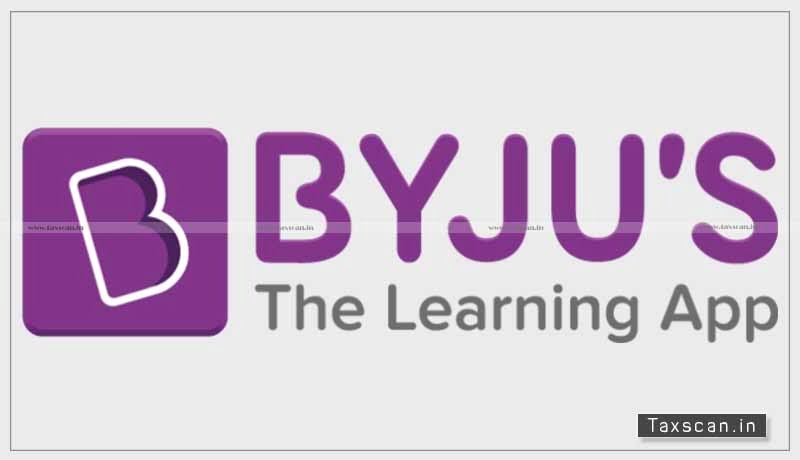 The Think & Learn Private Limited (TLPL), the parent of Bengaluru-based Byju’s, reportedly has come under the scanner of the GST intelligence wing for alleged tax Evasion of Rs. 43 crores.

The Byju’s faces two cases for alleged tax evasion of around Rs 43 crore and has been asked to respond to show-cause notices detailing the alleged violations.

On December 31, 2020, the GST department sent show-cause notices to the company in connection with both the cases it has opened.

As per the show cause notices TLPL had manufactured and cleared excisable goods SD cards and Tablets without disclosing the same to the department by way of written intimation and without assessing and paying the appropriate amount of Central Excise duty on the said goods and thereby they have contravened the provision of the Central Excise Act.

“SD and Tablets are goods which are capable of being bought and sold for consideration as is apparent by the fact that these articles are sold by TLPL to their customers, especially students. In the case of SD cards, the input procured by TLPL is blank SD cards, TLPL then records educational content which is existing in their office computers onto the blank SD cards then TLPL ships SD cards to students as per their requirements. Blank SD cards are purchased by customers who can be anyone for the sake of recording content as per their choices whereas the recorded SD cards sold by TLPL are purchased only by students of TLPL because it is of meaning and use only to them. Thus the process carried out by TLPL has transformed an ordinary blank SD card to an educational aid which is of use to students”, the notices said.

Moreover, the company was engaged in commercial training coaching services (CTCS), according to tax authorities. TLPL was offering various modes of ‘CTCS’ and students had the option of receiving coaching through the mode of their choice. On this, the company allegedly did not pay taxes between October 2014 and June 2017. The GST department has alleged liability of around Rs 18.81 crore payable until March 31, 2021.

As per the show-cause notice states, “the total Service Tax evaded on the “Books” portion reading material provided in the course of the coaching service of provision of “CTCS” by way of “Model 1” during the period from October 2014 to June 2017 totally amount RS 18.87 crores”.

If Incriminating material seized from personal assistant of Assessee, then Constructive Possession must be attributed: Madras HC [Read Order]