END_OF_DOCUMENT_TOKEN_TO_BE_REPLACED

Cabinet nod to Abolition of Foreign Investment Promotion Board 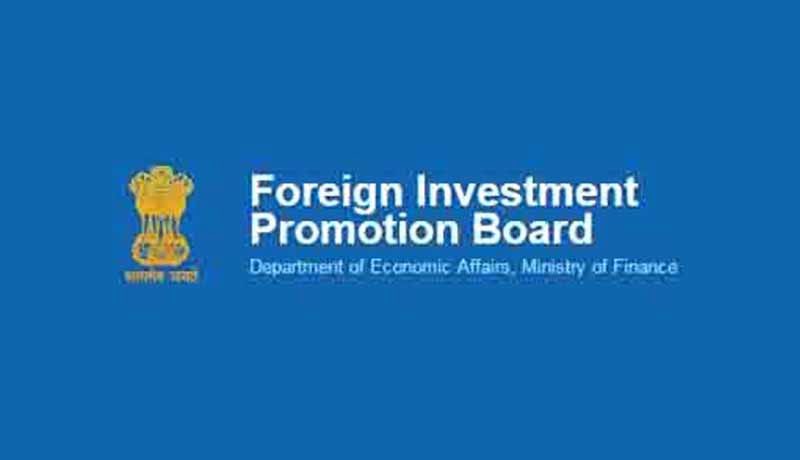 The Union Cabinet chaired by the Prime Minister Narendra Modi has given its approval to the abolition of Foreign Investment Promotion Board (FIPB).

Henceforth, the work relating to processing of applications for FDI and approval of the Government thereon under the extant FDI Policy and FEMA, shall now be handled by the concerned Ministries/Departments in consultation with the Department of Industrial Policy & Promotion(DIPP), Ministry of Commerce, which will also issue the Standard Operating Procedure (SOP) for processing of applications and decision of the Government under the extant FDI policy.

In addition, Foreign Investors will find India more attractive destination and this will result in more inflow of FDI. The move will provide ease of doing business and will help in promoting the principle of Maximum Governance and Minimum Government.

The proposal for abolition of FIPB was approved by the Cabinet in its meeting on 24-05-2017. Presently, applications are considered by FIPB in Department of Economic Affairs (DEA), Ministry of Finance comprising of various Secretaries of Government of India for making recommendation on FDI applications. After the Cabinet decision, it would be handled independently by Administrative Ministries as per Sector.

Entitlement earned for Carbon Credits is a Capital Receipt, can’t be taxed as Revenue Receipt: ITAT

The National Anti-Profiteering Authority (NAA), while imposing a penalty on a Company for not reducing the base price despite the GST rate reduction from...
Read more
CST & VAT / GST

Amidst the COVID-19 crisis and the consequent economic crisis, the Delhi Government has started proceedings against the tax defaulters and has sent notices to...
Read more
Headlines

Entitlement earned for Carbon Credits is a Capital Receipt, can’t be taxed as Revenue Receipt: ITAT

The Income Tax Appellate Tribunal (ITAT), Bangalore Bench held that The entitlement earned for carbon credits is a capital receipt and cannot be taxed...
Read more