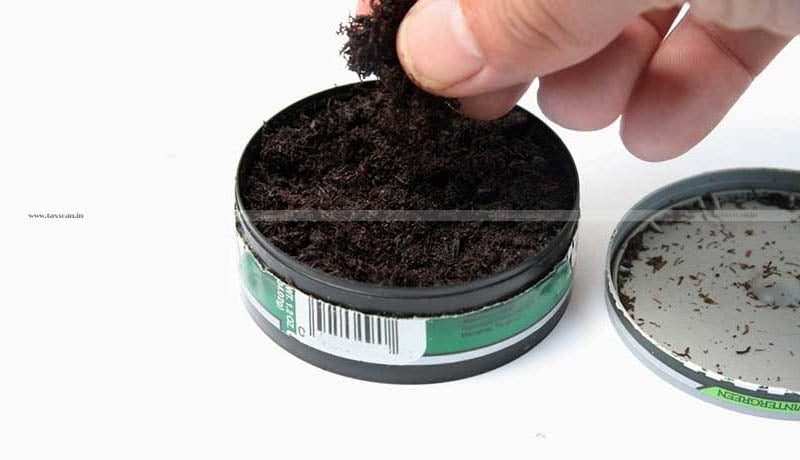 The appellant, M/s. Vishnu Fragrance Pvt.Ltd. is engaged in the manufacture of chewing tobacco and is registered with the Department. The appellant admittedly falls under the Compounded Levy Scheme vide notification no.11/2010-CE (NT) dated February 27, 2010 read with Section 3 A of the Central Excise Act.

The issue in the appeal is whether penalty of Rs.3,89,660 has been rightly imposed under Rule 18 read with Rule 16 of Chewing Tobacco and Unmanufactured Tobacco Packing Machines (Capacity Determination and Collection of Duty) read with Section 11 AC of Central Excise Act, for alleged contravention of Rule 10.

The packing machines were accordingly sealed by the jurisdictional Superintendent. By letter the appellant requested that they want to start the manufacture of their product having the brand name of VIMAL APNA’’, manually, instead of automatic machine.

Therefore, the factory be de-sealed but without de-sealing of the automatic machines. The appellant informed the Department vide letter that they have started the production manually.

Thereafter, again by letter they informed the Department that they have suspended the production due to restrictions imposed by the Supreme Court for use of plastic packaging for tobacco products. The appellant again requested the Department by letter to de-seal the machines on 10.06.2011 (midnight). Further, as prayed by the appellants, machines were finally de-sealed. As such, the said pouch packing machines remained sealed w.e.f. January 31, 2011 to June 17, 2011.

It was observed by the Department that the appellant have cleared their final products during the month of May, 2011 total quantity 14325 packets containing 429750 pouches having MRP Rs.2/- per pouch, valued at Rs.4,97,776/-, which was manufactured during the month of December, 2010 and January, 2011.

It appeared to Revenue that the appellant had violated the provisions of Rule 10 of the 2010 Rules by clearing the stock of finished goods relating to December, 2010 and January, 2011, admittedly, cleared during May, 2011.

The coram of Anil Choudhary found that Rule 10 of 2010 Rules, provides for abatement in case of non-production of goods, in case the factory did not produce the notified goods during a continuous period of fifteen days or more.

The CESTAT held that Ist proviso to Rule 10 of 2010 Rules is not attracted under the admitted facts and circumstances. Accordingly, the impugned order is set aside and the appeal is allowed. The appellant is entitled to consequential benefit in accordance with law.