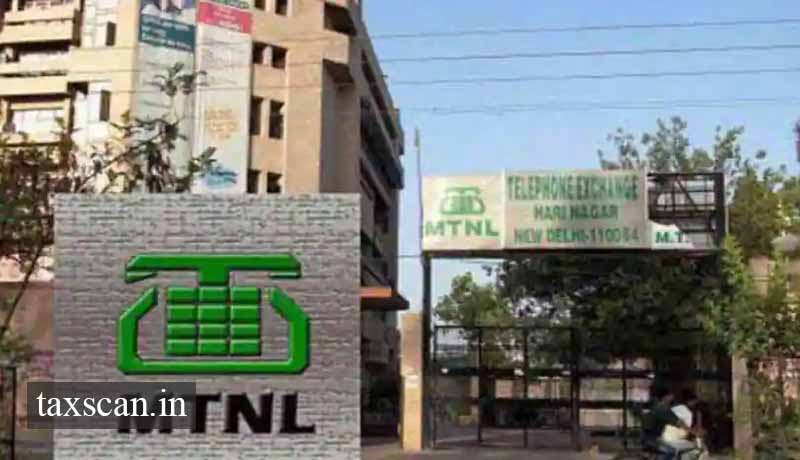 The appellant, M/s Mahanagar Telephone Nigam Limited is a Public Sector Undertaking of the Government of India and is engaged in the business of providing “telecommunication service”. The appellant was in possession of land measuring 19.76 acres. It desired to develop this land as a Core Knowledge Park and for this purpose it invited proposals from the bidders for the selection of a Joint Development Partner in implementing the project.

IDEB SUCG JV was selected for the project and this Joint Development Partner consisted of two members, with IDEB Projects (P) Ltd. being the lead member and Shanghai Urban Construction (Group) Corporation7 as a member.

These two members formed IDEB-SUCG Knowledge Park Private Limited8 for implementation of the Project. It entered into a Deed of Confirmation and Ratification on August 7, 2007 with the Project Development Company.

A Project Agreement was also executed between MTNL, the Joint Venture Company and the Project Development Company. MTNL agreed to transfer and assign to the Joint Venture Company/the Project Development Company its rights and obligations with regard to designing, planning, financing, marketing, development of buildings/ developed units, provision of necessary infrastructure & services, operation & maintenance of services & infrastructure, administration and management of the “Project‟ upon the terms as set out in the Agreement.

An audit of the appellant was conducted for the period 2006-07 to 2007-08 and it was noticed that the appellant had received a sum of Rs. 48.12 crores as consideration against the granting of rights for 50 years to the Project Development Company for developing the “Knowledge Park” on the land situated at Noida. It was also noticed from a perusal of clauses of the aforesaid Agreement that the activity of the appellant to grant the rights to develop the project was taxable under section 65 (105)(zze) of the Finance Act 1994.

It was further noticed that the appellant had wrongly availed and utilized CENVAT credit against capital goods for discharge of the service tax liabilities for the period 2004-05 to 2007-08, since towers, which are covered under Chapter Heading 73, do not qualify as “capital goods” defined under the CENVAT Credit Rules 2004. Thus, the amount of Rs. 4,99,32,736/- taken as CENVAT credit against capital goods for the period 2004-05 to 2006-07 would be recoverable alongwith interest under sections 73 and 75 of the Finance Act.

It was also noticed by the audit team that Rs. 1,01,64,579/- were charged by the appellant against POP charges from M/s BCL, for which payment was received during September 2007, and though supplementary invoices charging service tax on this amount were raised, but service tax amounting to Rs. 12,56,342/- with interest was not paid by the appellant.

The coram headed by the President, Justice Dilip Gupta said that the proper course would be to remit this issue to the Commissioner for a fresh decision and for this purpose the appellant may submit all the relevant documents within six weeks from today so as to enable the Commissioner to take an appropriate decision within the next three months.

The Tribunal held that the impugned order passed by the Commissioner in so far as it confirms the demand of service tax on the compensation amount received by the appellant towards the development rights and denial of CENVAT credit is set aside.

“The confirmation of demand of service tax on POP charges is however, set aside with a direction to the appellant to submit a representation in regard to this aspect within a period of six weeks after which the Commissioner shall take a decision within the next three months,” the CESTAT directed.