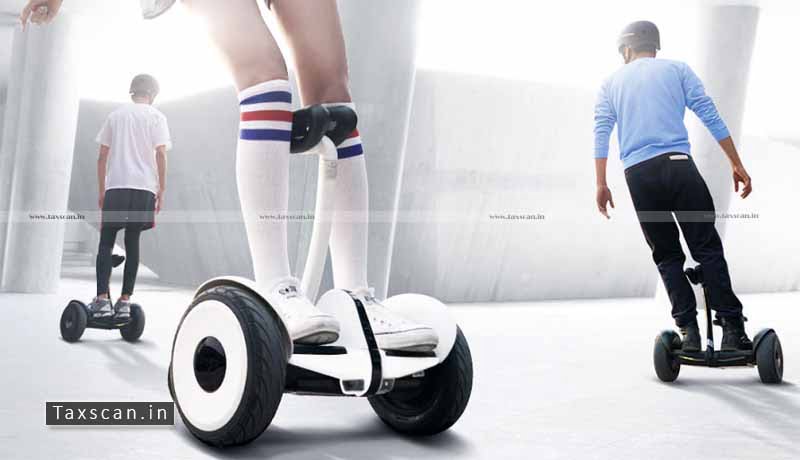 The Customs Excise and Service Tax Appellate Tribunal (CESTAT) on February 24th upheld the order of the Commissioner of Inland Container Depot, wherein penal actions were taken against importers of SEGWAY products who evaded custom duties.

The appellant company M/s Bird Retail Pvt. Ltd. is involved in the sale of Segway products/Segway personal transport products purchased from M/s Segway Inc., U.S.A. The appellant has been importing “Segway‟ product in CKD condition in the form of very assemblies such as power assembly, transmission assembly, wheel assembly, etc. as well as Air Cargo Complex, New Delhi wherein they have filed bills of entry for assessment and clearance of the imported consignment declaring the product as “CKD Parts of electrically operated two-wheeler/personal transport/lithium ION battery for captive use”.

The department working on intelligence has initiated investigations against the appellant for misdeclaration of the product at the time of import and has entertained a view that the importer/appellant has imported complete units of the Segway personal transport self-balancing vehicle in CKD condition. However, at the time of the import, they have mis-declared the same as “CKD parts of personal transport/electrically operated two-wheelers for captive use and have misclassified the same under Customs Tariff Heading 87149990 and thereby has evaded huge amounts of customs duty. It was alleged that the sales manager Roni Abraham was involved in devising a technique to evade customs duty by wrongly availing benefits. The goods were seized and the penalty was imposed on these people against which the appeal was filed.

Technical Member C.L Mahar and Judicial Member Mrs. Rachna Gupta, while dismissing the appeal held, “We find that both the appellants were fully aware that M/s Bird Retail Pvt. Ltd. is importing complete Segway electrically operated product in CKD condition by is-declaring the same as CKD parts of components such as Power unit, transmission kit, etc. Both the appellants were aware that the components which have been imported just indeed screw drive technology to make the same as functional Segway product. Shri Rony Abraham, Sales Manager was looking after the work pertaining to import, preparation of import documents and liaisoning with the customs clearing agent and subsequent sale of Segway products in a complete functional form. Shri Ankur Bhatia was controlling the activity of the imports as he was financing the same and gave financial approval for various activities of the import of the Segway product. Both of them were instrumental and devising a modus-operandi to evade customs duty by wrongly availing the benefit of the Notification No. 12/2012-Cus. dated 17/03/2012. Considering the involvement of both the appellants in entire activity, we feel that the Adjudicating Authority is right in imposing a penalty upon them under the provision of Section 114A and Section 114AA of the Customs Act, 1962 and we refrain from interfering the finding and imposition of the penalty upon these two appellants also.”