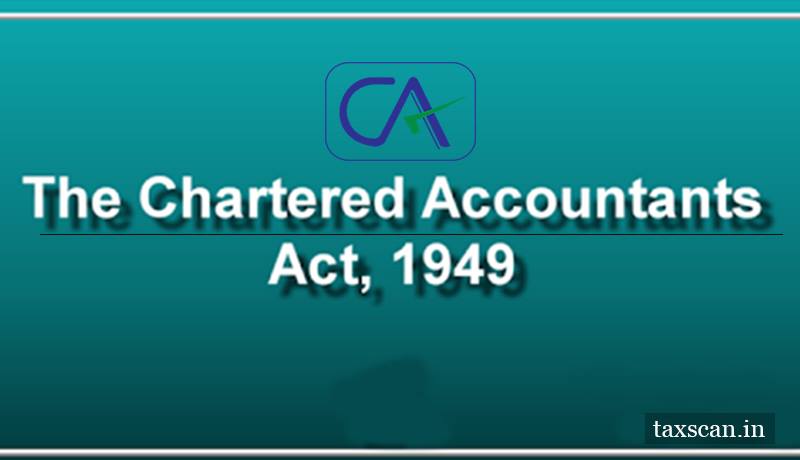 There is no plan to repeal the Chartered Accountants Act due to the rollout of National Financial Reporting Authority, an Official said to Business Standard.

The central government has no plan to repeal The Chartered Accountants Act, said senior officials at the Ministry of Corporate Affairs (MCA).

This comes against the backdrop of a legal challenge to the newly constituted NFRA; the Union government decided to establish such a body in March. The matter is now pending before the courts.

Also Read: UDIN to be implemented in a Phased Manner: ICAI Chief

NFRA likely to take over all powers to investigate accounting professionals of listed companies from the Institute of Chartered Accountants of India (ICAI). Government officials say ICAI may no longer do so. NFRA is empowered to also punish auditing and accounting firms. At present, though, both NFRA and ICAI are probing the role of CAs in the Infrastructure Leasing & Financial Services matter. It is the first such case to be probed by NFRA.

NFRA would have the power to suo motu investigate the auditor and also to punish him for misconduct and remove his name from the register maintained by ICAI. In addition, the authority will also have the power to penalize any member or firm of chartered accountants.

Recently, a former bureaucrat, Rangachari Sridharan, was appointed NFRA chairman. According to the government, NFRA will look into cases of listed companies and ICAI’s role will be confined to private limited or unlisted public companies below a threshold, yet to be decided. ICAI will also remain an institution to certify and register all accounting professionals.

Further, ICAI will continue to play its earlier advisory role with respect to accounting and auditing standards, as well as policies, but by making its recommendations to NFRA.

NFRA may recommend penal action against auditors if found non-compliant with the rules or if for lapses in duties.

Also, there were reports that the ICAI, the apex Chartered Accountants body in India, has expressed displeasure with the government for not including it in discussions to frame rules for the new regulator for auditors.