Chartered Accountant’s Certificate certifying the Tax Burden not been passed on to another can be considered as evidence: CESTAT [Read Order] 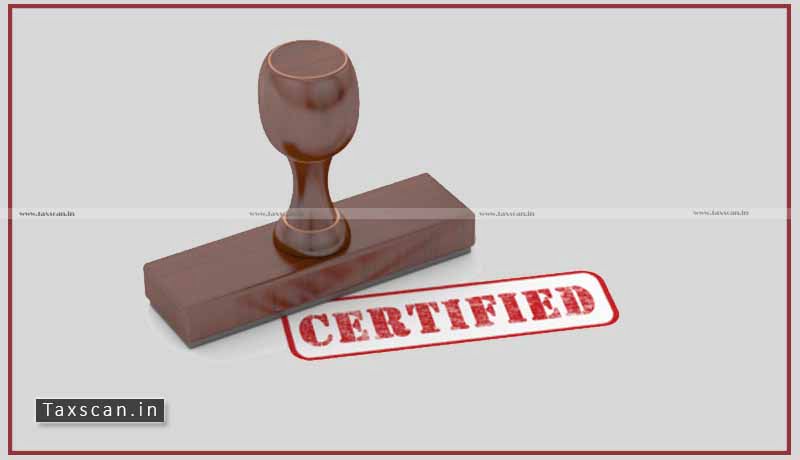 The Customs Excise and Service Tax Appellate Tribunal (CESTAT), Chennai ruled that the Chartered Accountant’s Certificate that categorically certifying that the tax burden has not been passed on to another can be considered as evidence to establish the fact.

The ruling was made by the Tribunal in the case of M/s.Modfurn Systems India Pvt. Ltd. V. Commissioner of GST & CE by a bench consisting of Hon’ble Smt. Sulekha Beevi C.S, Member (Judicial).

The appellant was traders in furniture items and was engaged in providing a Modular Kitchen on the premises of customers. The department argued that such activity would fall under the category of ‘Competition of Finishing Services’. Upon the issue of Show-cause notice and its adjudication, the Appellant remitted the demands, interest, and penalties. However, the Tribunal set aside the demand observing that the said activity does not attract levy of service tax. However, the Authorities denied the refund claim alleging that the appellant has not produced evidence to show that the tax burden has not been passed on to another.

The Appellant submitted that they were only traders and that service tax was not collected from customers. They also produced a Chartered Accountant’s Certificate showing that they have not passed on the service tax to the customers and have paid it from their pocket.

On contrary the Authorities brought in the decision in the case of  M/s. Shopper’s Stop Ltd., Vs Commissioner of Customs (Exports), Chennai reported in 2018(8) G.S.T.L.47 (Mad.,) to argue that Chartered Accountant’s Certificate cannot be the sole evidence to conclude that the incidence of tax has not been passed on to another.

While considering the decision of M/s. Shopper’s Stop, the Tribunal concluded that in that particular certificate the Chartered Accountant certified that the amount has been shown as Receivables in the balance sheet. The certificate did not state that the burden of tax has not been passed on to customers. Hence the precedent cannot be applied here.