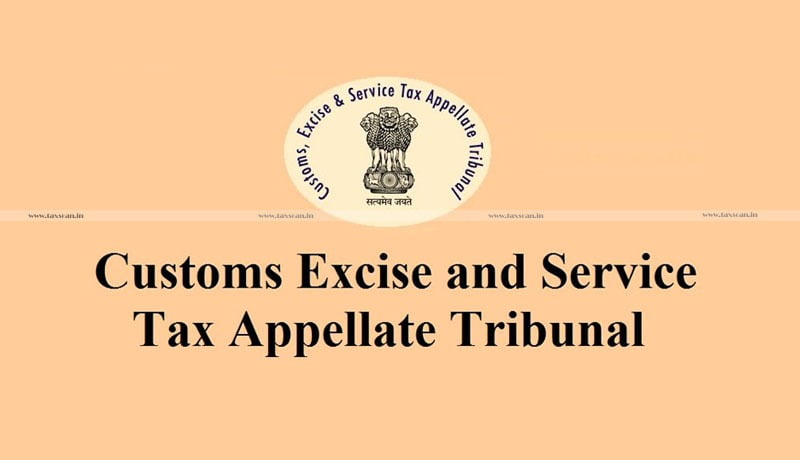 The Customs, Excise, and Service Tax Appellate Tribunal ( CESTAT ) held that the revocation of Customs Broker license on the basis of admission recorded under Sec.108 is valid and requires no further proof.

The Appeal was filed challenging the revocation of Customs Broker License of the Appellant on the ground of violation of Regulation 10 (b) or 10(d) or 10(e) and 10 (n) of CBLR, 2018 /11(b), 11(d) or 11(e) and 11(n) of erstwhile Customs Broker Licensing Regulation, 2013.  The order and the consequential revocation of the license were based on the admission of the appellant recorded under Sec.108 of the customs Act. The appellant however contended that the alleged evasion of duty and diversion of goods into the open market from the Customs Warehouse by the four importing firms, namely M/s Accturists Overseas (OPC) Pvt. Ltd., M/s. Spark Exports, M/s. Shree Shyam Enterprises and M/s. Horrens Exim was the result of fraud committed by the importer for which Shri Sanjeev Maggu and Shri Ramesh Wadhera have been the master-mind.

Rejecting the contention of the Appellant, Customs, Excise, and Service Tax Appellate Tribunal held that from the admission made by the Appellant it is apparent that he was aware of the fact that Shri Sanjeev Maggu is representative of four of the importers despite he has no capacity of either being the proprietor or partner or director thereof and that Shri Ramesh Wadhera was the financer of these firms and that owner of the impugned importing firms on papers, is the dummy owner. Also, in the statement recorded under Sec.108 of Customs Act, the appellant acknowledged that he knew about the goods which were imported under warehouse consignments by these firms were actually meant for re-export to another foreign country, but were being diverted to the domestic market, he opted to not to ask for any clarification from the importer nor to bring such illegality to the notice of the Department only for sake of the payment CHA had to receive from these importers against his services to them.  Further, the appellant in the said deposition has acknowledged that he opted to keep mum and not to bring these facts to the notice of Customs Authorities for the sake of retaining the business he was getting from these firms. Referring to the said admissions, the “Tribunal observed that “The said violation has been pleaded as an inadvertent and unintentional mistake but to our opinion, this amounts to rather conspiring into the commission of the offence of evasion of duty by illegally diverting goods from Customs warehouse to domestic market.”

Though the revenue had not produced any documents to substantiate their claim, the Tribunal relaxed the general rule pertaining to burden of proof and opined that “burden to prove otherwise rests upon the Department but it is settled principle of law that the appellants admission are the best proof which need no further proof.”

The Tribunal further observed that in Jasjeet Singh Marwaha vs. Union of India, it was held that CHA’s license can be suspended based on the confession made under Section 108 of Customs Act, 1962 provided it is voluntary and the statement is truthful and is not result of such inducement, threat or promise as mentioned in section 24 of Indian Evidence Act, 1872 and the admission in the instant case qualifies the conditions laid therein. Also, even the appellant has no plea regarding the correctness of the statement recorded under Sec.108.

The Tribunal also observed that when there is admitted violation of CBLR violation, the decision is best left to the disciplinary authority save in exceptional cases where the punishment imposed is shockingly disproportionate or is malafide and interference with the punishment imposed would be justified only when it shocks the conscience of CESTAT.

Accordingly, the order revoking license of the Appellant was upheld.