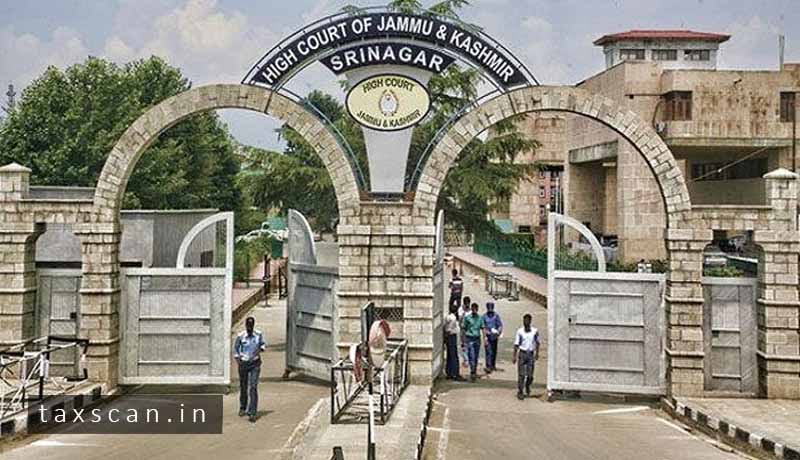 The petitioner, running a Finance Company under the name and Style of M/s Samridhi Finance Company, was subject to search proceedings by the income tax department and later it was found that he evaded tax for an amount 20 lakh approx.

Accordingly, an assessment and penalty orders have been passed against the assessee. Assessee paid the penalty amount and challenged the assessment order before the first appellate authority. Simultaneously, a criminal complaint was lodged against the assessee under Section 276(C)/277 of the Income Tax Act. Thereafter, vide order impugned dated 31.03.2009, the Court of Special Mobile Magistrate, Railways, Jammu took cognizance of the aforementioned complaint against the petitioner and issued process against him.

Dismissing the petition, Justice Sanjay Kumar Gupta said that there is definite finding under Section 144 of Income Tax Act that accused/petitioner had Rs.20,20,420/- income in the assessment year 2000-2001. It was observed that even appeal preferred by the petitioner has been dismissed.

“The ground taken that there was no wilful default on behalf of the petitioner in concealing the income is not tenable, because it is factual defence, which is to be proved during the course of the trial. The criminal court has to judge the case independently on the evidence placed before it. So complaint lodged by respondent and process issued thereon against petitioner does not suffer from any infirmity of law,” the Court said.

“Under the Income-Tax Act, 1961 there are various provisions for compliance with taxing provisions and the collection of taxes. The Income-tax Act seeks to enforce tax compliance in a threefold manner; namely 1) Imposition of interests 2) Imposition of penalties and 3) Prosecutions. In the fight against tax evasion, monetary penalties are not enough. When a calculating tax dodger finds it a profitable proposition to carry on evading taxes over the years if the only risk to which he is exposed is a monetary penalty in the year in which he happens to be caught. The public in general also tends to lose faith and confidence in tax administration when a tax evader is caught, but the administration lets him get away lightly after paying only a monetary penalty- when money is no longer a major consideration with him if it serves his business interest,” the Court added.