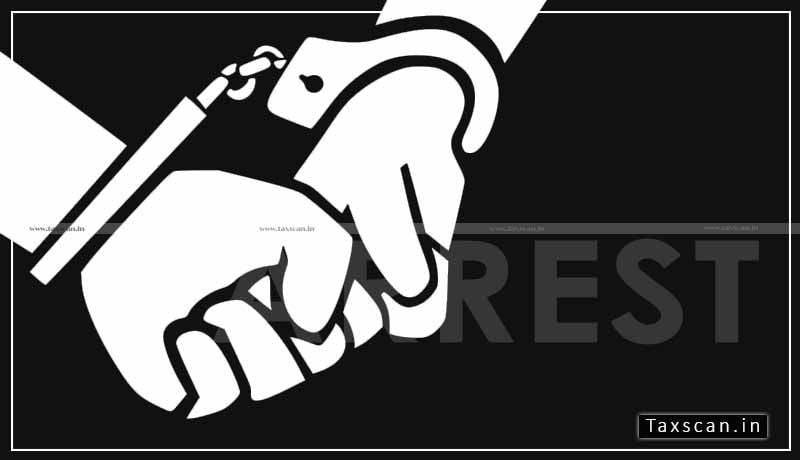 The Gujarat High Court, while interpreting the Custom Laws held that an officer of customs or the Directorate of Revenue Intelligence (DRI) can arrest anybody on suspicion of smuggling and the court cannot interfere with the arrest.

The applicant, Sundeep Mahendrakumar Sanghavi is one of the Directors of a company running in the name of Mahavir Polyfilms Private Limited. The company has been engaged in the business of importing plastics for the past 10 years. It is the case of the writ-applicant that he acts as a high-sea seller to a partnership firm running in the name of Ramniklal & Sons.

The respondent authority, Intelligence Officer, Directorate of Revenue Intelligence has initiated an inquiry against M/s.Ramniklal & Sons in connection with the alleged evasion of duty in the import of goods under the duty-free scheme.

It is alleged by the applicant that during each of his visits to the office of the respondent, he was subjected to a lot of physical as well as mental torture. In this regard, the applicant has also filed a complaint before the Human Rights Commission and the same is being investigated as on date.

As the applicant was repeatedly summoned for the last two years, he approached the High court and sought protection on apprehension of arrest and raised legal issues relating to powers vested in a DRI official.

The applicant also raised the issue of whether the respondent authority, DRI official is a competent officer to act under the Customs Act or not.

The court noted that the expression ‘any person in Section 104 of the Customs Act includes a person who is suspected or believed to be concerned in the smuggling of goods. However, a person arrested by a Customs Officer because he is found to be in possession of smuggled goods or on suspicion that he is concerned in smuggling goods is not, when called upon by the Customs Officer to make a statement or to produce a document or thing, a person is accused of an offense within the meaning of Article 20(3) of the Constitution of India.

The court held that the Customs/DRI Officers are not the Police Officers and, therefore, are not obliged in law to register FIR against the person arrested in respect of an offense under Sections 133 to 135 of the Customs Act, 1962.

“The power to arrest a person by a Customs Officer is statutory in character and should not be interfered with. Section 108 of the Act does not contemplate any Magisterial intervention. The statements recorded under Section 108 of the Customs Act are distinct and different from the statements recorded by the Police Officers during the course of investigation under the Code,” the court said.

CAROTAR 2020 to be effective from Sep 21st: CBIC’s strict Scrutiny of Imports to prevent FTA misuse