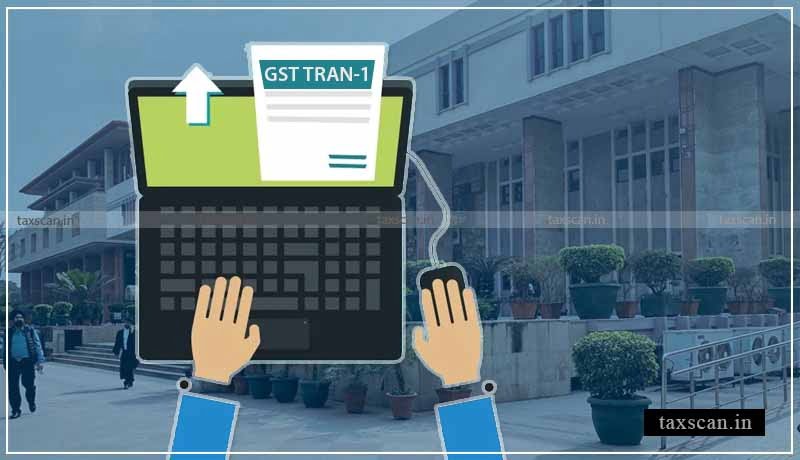 The High Court of Delhi recently directed the GST Authority to open an online portal to enable Petitioner to file revised declaration TRAN-1 electronically, or manually.

The Petitioner, SKH Sheet Metals Components Private Limited set up its unit at Pune, Maharashtra for the manufacture of final products and sale to OEMs. Petitioner obtained registration with the jurisdictional authorities under various legislations. It also availed CENVAT credit of specified duties and taxes paid on inputs, capital goods, and input services in terms of Cenvat Credit Rules, 2004, and an input tax credit of VAT paid on purchases in terms of Maharashtra VAT Act, 2002.

Petitioner periodically filed returns by way of forms specified under the legislation and declared the details of the input balance of credit, the credit availed during the return period, and the closing balance of credit available for carrying forward for the next period.

The petitioner asserts that it is entitled to transitional credit consisting of Central Excise Cenvat credit, Service Tax Cenvat credit, and Input MVAT credit. In order to avail the credit in the electronic credit ledger under the GST laws, on 27th August 2017, much before the last date specified by the Central Government, the Petitioner filed a Form prescribed for this purpose, known as 􏰃GST TRAN-l􏰀.

Petitioner brought the mismatch to the notice of the Respondent authority and the difficulty faced in the utilization of the entire credit since the Cenvat under Central Excise and Service Tax had not been replicated in the Electronic Credit Register. Respondents suggested that since the common portal itself enables the taxpayers to make necessary amendments, Petitioner could avail the said option to rectify the error.

The petitioner time and again brought the error to the notice of the respondent authority, however, there was no positive outcome.

The respondent authority contended that the discrepancy in the figures has crept in because of human error and there is no provision in the Act or the rules that can be relied upon by the Petitioner to reclaim the shortfall.

“The case before us is one where there is a complete lack of understanding and fairness on the part of the Tax Department. The fact that Respondents have done nothing to solve the problem faced by the Petitioner, fueled with the adamant stand before us, contributes to the skepticism of GST technical infrastructure, which we feel should and can be easily avoided. Only if Respondents were to engage with the taxpayers with a genuine intention to solve the problems, confidence in the system can be built up and such matters would not reach courts,” the court while expressing anguish said.