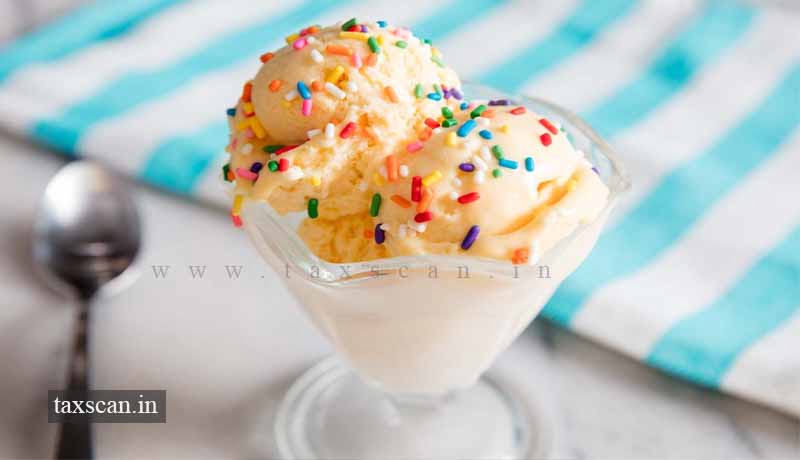 The Delhi High Court directed the GST Council to reconsider its decision of exclusion of ice cream from the benefits of the Composition Scheme.

The petitioner, Del Small Ice Cream Manufacturers Welfare’s Association claiming to represent the interest of more than 50 small scale ice cream manufacturing units operating in Delhi, has filed the petition impugning the decision dated 18th June 2017 of the Goods and Services Tax Council, in the exercise of powers under Section 10(2)(e) of the Central Goods & Services Tax Act, 2017, of exclusion of ice cream from the benefits of Composition Scheme under Section 10 of the Act.

The petitioner contended that the said exclusion is in violation of the spirit of Articles 14 and 19 of the Constitution of India and against the principles of natural justice.

Section 10(1) of the Act provides that a registered person whose aggregate turnover in the preceding financial year did not exceed Rs.50,00,000 may opt to pay, in lieu of the tax payable by him under Section 9(1) of the Act, an amount of tax calculated at such rate as may be prescribed but not exceeding the maximum laid down in the said provision.

The first proviso to Section 10(1) of the Act empowers the Government to, by notification, increase the limit of Rs.50,00,000 to such higher amount not exceeding Rs.1,50,00,000, as may be recommended by the GST Council.

Section 10(2)(e) of the Act however empowers the Government to, on the recommendation of the GST Council, notify goods manufacturers whereof though eligible for availing the benefit of Section 10(1), would cease to be eligible to such benefit.

Mr. Sujit Ghosh, the counsel for the petitioner informs that the limit of Rs.50,00,000 was successively increased to Rs.75,00,000 and Rs.1,50,00,000. It is further informed that the GST Council, in its Seventeenth Meeting held on 18th June, 2017, in exercise of powers under Section 10(2)(e) of the Act, has recommended notification of ice cream and in pursuance to the said recommendation, ice cream has been notified, resulting in the small manufacturers of ice cream having turnover of less than Rs.1,50,00,000 per annum being not entitled to take the benefit of Section 10(1) of the Act and have to necessarily go under the regime of Section 9 of the Act and to comply with all the requirements.

Mr. Ghosh stated that GST Council, in exercise of powers under Section 10(2)(e) of the Act, has clubbed ice cream with pan masala and tobacco.

The division bench of Justice Sanjeev Naruala and Rajiv Sahai Endlaw said that the only direction which can be issued in this petition is, to direct the GST Council to reconsider the exclusion of small scale manufactures of ice cream from the benefit of Section 10(1) of the Act, including on the aforesaid two parameters i.e. the components used in the ice cream and the GST payable thereon and other similar goods having similar tax effect continuing to enjoy the benefit.

The court directed the GST Council to take up the aspect in its next meeting and to take a decision thereon at the earliest, keeping in view that the ice cream season has just begun, and preferably within three months.

Meerut Court refuses to grant bail to the person accused of issuing any invoice or bill without supply of goods, wrongfully availing ITC [Read Order]