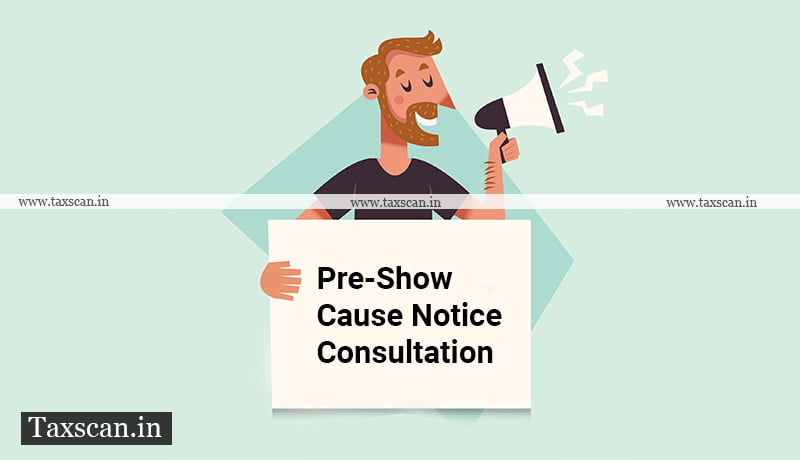 The Delhi High Court remitted the matter back to Lower Authorities as no mandatory pre-show cause notice consultation was undertaken by the Authorities.

Mr. Puneet Aggarwal who appears on behalf of the petitioner company, Back Office IT Solution Pvt. Ltd. submitted that, although several grievances and resultant reliefs have been sought, in the instant writ petition, for the moment, the grievance and consequent relief sought, is confined to the failure on the part of the contesting respondents to scrupulously adhere to the provisions of the instruction dated December 21, 2015 and the Master Circular dated March 10, 2017, issued by Central Board of Excise & Customs, Department of Revenue, Ministry of Finance, Government of India which is presently, known as “Central Board of Indirect Taxes & Customs”.

Mr. Agrawal urged that the impugned show cause notice cannot survive given the provision contained in paragraph 5 of the 2017 Master Circular and the pari materia provision made in the 2015 instruction for mandatory consultation with the assessee before issuance of a show cause notice.

It has been submitted that since a pre-show cause notice consultation was not held, in terms of the judgment of the coordinate bench of this court, rendered in Amadeus India Pvt. Ltd. vs. Principal Commissioner, Central Excise, Service Tax and Central Tax Commissionerate, 2019, the impugned show cause notice dated  April 23, 2019 deserves to be quashed.

Mr. Satish Aggarwala, who appears on behalf of the contesting respondents, contends that the petitioner’s case falls in the first exception, which relates to preventive action and therefore, the 2017 Master Circular has no applicability in the instant case.

Thus the Court has remanded the matter to the contesting respondents with the various directions.

Firstly, the contesting respondents will serve an appropriate communication on the petitioner-company indicating therein, the date, time and venue at which they intend to convene a meeting for holding the pre-show cause notice consultation.

Secondly, the concerned officer will accord a personal hearing to the authorized representative of the petitioner-company.

Thirdly, the concerned officer would allow the authorized representative of the petitioner-company to make submissions on the merits of the matter including the aspect concerning jurisdiction. The concerned officer will, after hearing the authorized representative of the petitioner-company, pass an order as to whether or not it is a fit case for continuing with the proceedings in accordance with the mandate of the law including the Finance Act.

Lastly, if the concerned officer concludes that it is a fit case in which proceedings should continue against the petitioner-company, then, he/she would decide as to whether or not the impugned show cause notice should be revived or a fresh show cause notice should be issued in consonance with the decision that would be rendered by the Supreme Court in SLP (Civil) Diary No. 35886/2019.