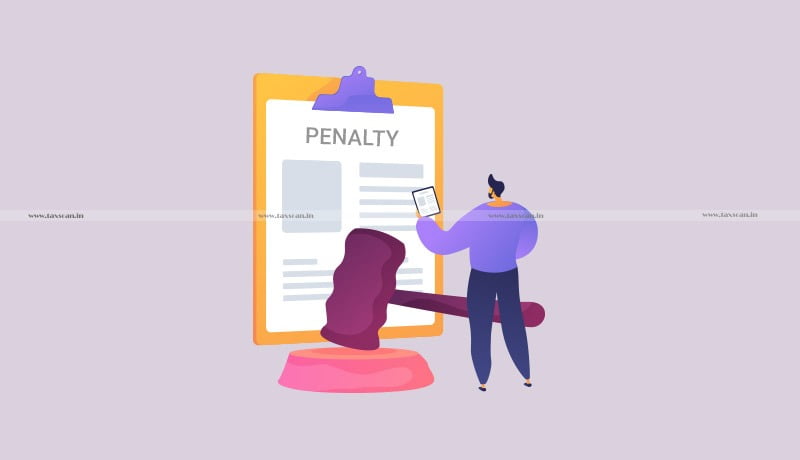 The Customs, Excise, Service Tax Appellate Tribunal (CESTAT), Delhi Bench ruled that only one set of penalty can be imposed either on Office Bearers or upon proprietorship firms.

The appellant, M/s. Sikar Ex-Serviceman Welfare Co-operative Society Ltd. is registered and engaged in rendering services covered under the category of Manpower Recruitment and Supply Agency, Security, Detective Agency Service. Based upon intelligence gathered from a service receiver, the Department came to know that despite providing the taxable service of Manpower Recruitment and Supply Agency Services, the appellants were neither paying the due Service Tax nor were filing the ST – 3 Returns.

The premises, accordingly, were searched and the requisite record was resumed under Panchnama of the event date. The statements of all the appellants Shri Sohan Lal Dhaka, the President of M/s.Sikar Ex-Servicemen Welfare Co-operative Society Ltd., Shri Ram Krishan, Secretary of the Society, Shri Shiv Pal Singh, Treasurer of the Society, Shri Nav Kishore Bhuria and Shri Om Prakash both Directors of the Society were recorded. Statements of ex-office bearers of Society were also recorded.

The Department observed that the assessee has failed to pay the Service Tax amounting to Rs.1,15,16,673/- for rendering the taxable service. Accordingly, vide a Show Cause Notice the Demand of the amount along with the proportionate penalty and the interest was proposed to be recovered from the appellant. The said proposal was confirmed.

It has been submitted on behalf of the appellants that appellants Society is a non-profitable organisation. Hence, alleged malafide is not attributable to them. Nor there is any reason with such an organisation to suppress the material facts.

The coram of P.V.Subba Rao and Rachna Gupta observed that in view of the definition of the company in Section 3 of the Companies Act that the appellants Society is not a Company but a Co-operative Society whose affairs are to be handled by a committee of office-bearers having a life span of five years. It is also apparent from the record that the impugned period of demand has two different sets of office bearers. Seen from any stretch of the imagination the penalty cannot be imposed upon all of them, the tribunal held that once the penalty is imposed upon the appellant’s Society, none other can be burdened with the penalty for the same omission as is alleged against the Society.

“The appellant has admitted their omission for not paying the Service Tax despite them being registered under Service Tax. The services rendered by them being taxable in nature, we hold that the demand has rightly been confirmed by the adjudicating authority below. However, for the demand of Rs.1.12 Lakh qua the services being rendered to the Kendriya Vidyalaya, we extend the benefit of Notification No.25/2012 dated 20.06.2012 in favor of the appellant and do hereby set aside the said demand. Penalty upon the appellant’s Society has also been upheld. However the penalties upon the office bearers thereof are held not sustainable and are hereby set aside,” the Tribunal said.