No Detention of Vehicle for want of E-Way Bill for Transportation of Personal Effects: Kerala HC [Read Judgment]

No Detention of Vehicle for want of E-Way Bill for Transportation of Personal Effects: Kerala HC [Read Judgment] 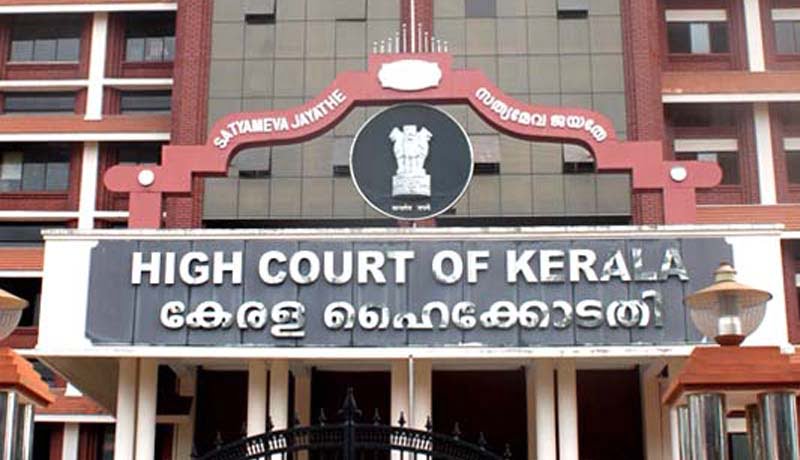 In a significant ruling, a two-judge bench of the Kerala High Court has held that there cannot be detention of vehicle under the GST regime for not uploading E-Way Bill if the transport relating to personal effects.

The issue before the division bench comprising Justices Vinod Chandran and Ashok Menon was that whether the omission to upload e-way bill with respect to the transport of a car purchased in Puthuchery, by a person normally residing in Thiruvananthapuram, attracts Section 129 of the Kerala State Goods and Services Tax Act, 2017.

While considering the writ petition, the Single Judge found that there should be an adjudication carried on and refused release of the vehicle.

On appeal, the division bench had a prima facie opinion that there is no requirement for detaining the vehicle for the reason of there being no mandate to upload an e-way bill when the transport is of used personal effects.

The bench pointed out that “We do not understand how the State could take a contention that if the car had been driven into the State of Kerala from the U.T. Of Puthuchery; then there could not have been a detention under Section 129, since then there would have been no question of uploading of e-way bill. We cannot also comprehend how an intra-State sale would be converted to an inter-State sale merely for reason of it being transported in a carriage. A purchase of, say, a Television by a resident of Kerala from Bangalore would be an intra-State sale and the nature of the supply, whether it be an inter-state or intra-State, would not depend on whether the purchaser carries it as a head-load through the borders or transports it through his own conveyance or through a transporter.”

According to the division bench, the incidence of the tax is on the supply and not on the nature of transport. There is no distinction in so far as the IG&ST Act is concerned, of a supply by road or on a carriage.

“We hence are of the opinion that the supply of the new vehicle by its authorized dealer terminated on it being purchased by the 2nd appellant in Puthuchery and the subsequent movement of the goods was not occasioned by reason of the transaction of supply. The goods have come into the possession of the purchaser, and the vehicle having been used, however negligible the distance run, we are also of the opinion that it is his “used personal effect” and there can be alleged no taxable transaction in so far as the movement of goods from Puthuchery to Trivandrum in Kerala, especially since the car had been registered in the name of the purchaser,” the bench said.

“Though a temporary registration, it has to be noticed that there is absolutely no enabling provision, though also no prohibition, in getting a permanent registration of the vehicle by yet another person. We also have to notice that even if such a provision existed, a second sale of the motor vehicle is not taxable within the State, unless there is a premium on the original sale price as seen from Notification No.8/2018 Central Tax-(Rate). Hence on these two grounds, of an intra-State sale having occasioned and the transport being of used personal effects, we find that the detention was illegal,” the bench added.