“If the Exports are Cramped or Crippled it shall have a Very Serious and a Direct effect on the Nation’s Economy”: In Conversation with Adv. S. Jaikumar 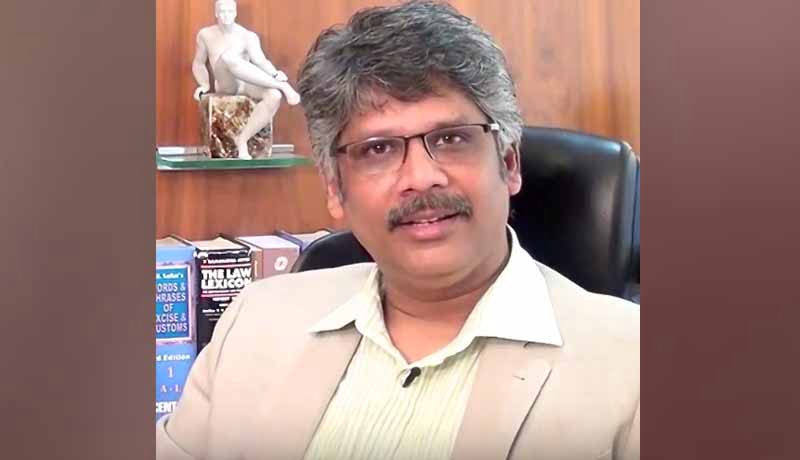 Mr. S. Jaikumar, Powered by a decade of hands-on experience in the Customs and Central Excise department, An Advocate founded the pan-India tax law firm Swamy Associates in the year 2001. Started at Chennai, Swamy Associates has now spread its branches across India, having its offices at Coimbatore, Bengaluru, Hyderabad, Pune and Delhi apart from having its associate offices at Madurai and Ahmedabad.

As an advocate studded with a distinguished practice on all benches of CESTAT alongside various High Courts and Supreme Court, Mr. Jaikumar is also a prolific speaker on the subject and had also authored more than 250 articles in the domain of indirect taxation, which are published in various reputed journals and portals. Being in the panel of various industrial associations his post-budget lectures, analytical presentations and interactive workshops in the domain of indirect taxation are a regular feature in many reputed industrial forums, professional bodies and corporate houses.

In this interview with TAXSCAN, he answers specific questions about GST, It’s implementation and various aspects of Indirect Taxes.

Q1. Before becoming an Advocate, you worked in the Customs and Central Excise Department for almost a decade. What made you to rethink your career?

JK: One day I woke up to a divine calling, “JK, Enough of being a trouble-maker, just become a trouble-shooter” and the rest is history.

Jokes apart, actually this question makes me to stroll down the memory lane. I was then working at the Headquarters Preventive Unit of Chennai III Commissionerate, where our team had a wonderful run of booking some fine cases for the department. One of such case was against a SME, who were manufacturing parts of automobiles. There was a non-payment of Central Excise duty on the supplementary invoices, borne out of sheer ignorance as well as a wrong advice by their consultant. The aseessee pleaded to our team not to invoke larger period while framing the case because they would not get the tax reimbursed from the buyer, if an evasion case is booked. Further, they were too small and innocent to bear the brunt of such a huge burden.

Though I was fully aware of the plight and innocence of the assesse and the non-payment, which was due to the ignorance as well as misguidance, I stood helpless. As an Inspector, I neither had any such powers nor discretion to take any such decision. We had to book the case and so we did. The total liability including interest and penalty was so humongous, that the company had to shut down leaving over 100 employees jobless.

This incidence had left a deep scar inside me. I became very angry with myself. Not only that I couldn’t help a genuine case but I am a reason for over 100 families to come to roads. I was also very upset against that anonymous consultant, who is the root cause of this debacle and misery.

On a retrospect, I think that this inner-frustration could have been one of the triggers, for my decision.

Q3. Do you believe that GST is the right panacea for the problems faced by the Indian Economy?

JK: GST is definitely a progressive step. Unfortunately, the satellite launch had been attempted with a lousy launching vehicle that it’s completely stranded without reaching its intended orbit. To me, the current pathetic state of GST is mainly due to the lack of adequate preparation, on all fours.

I am also afraid that the multiple tax rates may result in a multiple pain, that no panacea could ever cure.

Q4. How easy or difficult has it become for the companies to do business in India post GST?

JK: Doing business in India, with or without GST, is an art by itself. It’s not as straightforward proposition as it is in many developed countries. In India, apart from GST, there are many other issues, which makes running a business either easy or difficult. GST is just a fragment. Actually GST has laid a level-playing field for the stakeholders. Only its clumsy implementation has made our lives miserable. I wish these wrinkles would be ironed out soon.

To sum up, to do business here, just follow the maxim, “Be an Indian, while in India”.

Q5. Do you believe that implementing GST without having a trial was a monumental blunder on the part of the Government?

JK: Since its conception, GST had the longest ever gestation period. When everyone had started believing that its never going to happen, this Government took it on priority and implemented. While I appreciate the sincerity and honesty behind the intent and efforts, I am not able to hold myself from criticizing the immaturity (euphemism for stupidity) in implementing without adequate preparation.

Though I was initially against the theory of phased-implementation, now I agree with your question that we could have tested the waters with a trail implementation to a particular organized sector. Trial implementation might have had its own shortcomings but definitely would have avoided the current imbroglio.

Q6. Do you think the GST Network is ill-equipped to meet the ever growing demands of the tax payers?

JK: No doubt that the GSTN is the greatest disappointment of the recent times. It had not only failed itself but had also failed the Government. Its inability to handle the traffic, be the returns or the E-Way Bills, has made the entire country lose faith in the system. Unless a miraculous transformation happens very soon, GSTN would not only be held guilty of leaving the Government as a laughing stock but would also be culpable of its possible burial.

Q7. Slow disbursement of Goods and Services Tax Refunds to exports has literally crippled many industries. All these procedural bottleneck has diffused the confidence of Exporters. Do you believe that the proposed e-wallet scheme would solve the issues relating to delayed GST Refunds?

JK: As I always say, exports are the backbone of any nation’s economy. If the exports are cramped or crippled it shall have a very serious and a direct effect on the nation’s economy, which no country can afford to. GST is a major tax reform and its true that there would be some teething issues upon implementation of such a huge tax reform. But the policy makers should have thought about the exports and its impact before GST implementation, which I feel they have failed.

After implementation, there were so many issues, which I had tried to capture in my “BEFORE PARTING” column of TAXLAXGIST.

Coming to this proposed e-wallet scheme, as of now, not much information is available on this scheme to comment. At this point I can only appreciate in anticipation.

Q8. Introduction of E-Way Bills may have taken away Check Posts but do don’t you think the unfettered power conferred on Officers to stop transport vehicles anywhere at any time will create more inconvenience than the check posts? How can it be ensured that such power is not misused?

JK: If I were to ask the final question of the Slumdog Millionaire, it would have been:

And I am very sure none would have won.

When GST was promoted that post-GST there would be no Check-posts in India and the goods would move seamlessly, there was euphoria among the trade. But the ignorantly blissful trade never knew that this trade-pleaser came with a hidden rider – E-way Bills.

I had expressed my sincere concern about a possible misuse/abuse of this gory tool by the taxmen in my “BEFORE PARTING” column of TAXLAXGIST.

I am only getting reminded of the proverbial saying of Lord Acton, “Power corrupts; Absolute power corrupts absolutely”.

Q9. What will be the true impact, if Petrol and Diesel are brought under the GST?  Will it actually benefit the common people in the long run?

JK: It’s highly unfortunate that, goods like petrol and diesel as well as electricity and real estate are kept out of the GST regime, only to cater to the shortsighted interests of the certain stakeholders.

So, the sooner the better.