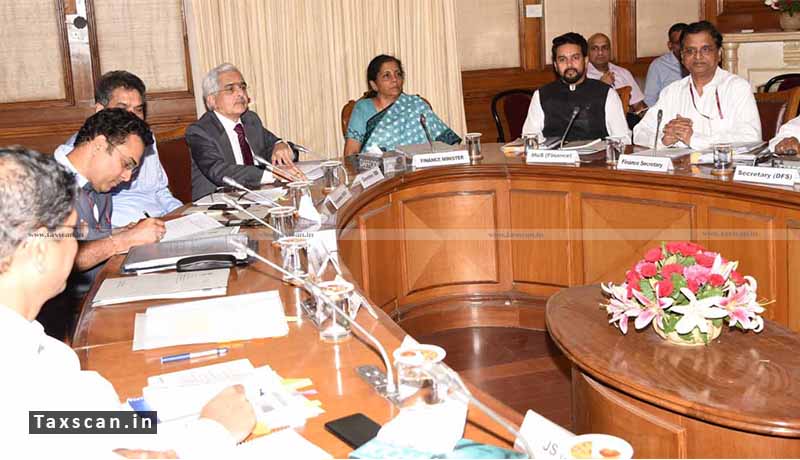 Taxation on services is the major source of revenue for any Governments which they find easiest way instead of reduce their own expenses and “doctrine of divide & rule” help them. Modern taxation system designed so beautifully that taxation on one category doesn’t irk other category which ultimately help governments to avoid united forces against them. But what happen if there is no transaction or less transactions? Then how government will tax and more than tax, how it will meet its expenditure?

Before COVID-19, no government across the world even dreamt this situation where majority of population of countries ordered to remain at home so governments in India resulted complete halt on transactions and so on collection of GST, a major source of revenue for all governments.

Dried flow of GST stunned the Central Government (“CG”) and States Governments (“States”) and latter start demanding compensation from former citing constitutional provisions of GST. During the lockdown, States were pretty sure that they would get compensation courtesy to compensation clause in GST Compensation Act, 2017 (“CA, 2017”) followed by the popular opinions favoring States.  Plain reading of that act could have source of their enthusiasm or positive thinking. But was their interpretation correct? Is CA, 2017 really bound CG to compensate States? This issue become so hot that all meetings of GST council after March 2020 had one common agenda i.e. how and when CG will compensate them? Even some States accused CG for working against basic structure of the constitution and any denial may cause harm to federalism. Let’s examine the constitutional provisions under GST which are the bone of contention between them;

Unlike other federal and local laws, GST is a great example of co-operation between States and CG where in all stakeholders gave some of their rights provided under the Constitution of India. Before implementation of GST, second list of 7th Schedule of Constitution of India empowered states to levy taxes on entry, production, trade and consumption of goods within the states subject to certain restriction (for sake of brevity I am avoiding to discuss such restriction).  States agreed to give their power to levy tax in lieu of promise of the Central Government that their revenue will not be reduced and after a marathon discussion, historical 101st Constitution Amendment Act, 2016 was passed by the Parliament of India to implement GST.

States’ optimism was on the basis of the commitment given by the CG that any loss of revenue arising out of implementation of GST would be duly compensated and even law makers passed the statue to comfort the states i.e. CA, 2017. Let’s discusssome provisions of CA, 2017 before analyzing core issue of disagreement;

Projected annual growth for transition period was agreed for 14% per annum under Section 3 while Section 7 read with Section 5 & 6 of the Act gave method to quantify compensation and Section 10 gave the account which need to debited or credited for such compensation. While language of the Act was straight and plain, Section 7 of the Act turned to be a devil and both CG & States claimed its support to beat claim of other. Is Section 7 really a devil or it was propagated as devil?

No lawmakers would have thought that simple language of Section 7 of the Act would be cause of great disagreement between the CG and States. Honestly, it was not language but situation which made it necessary devil who all governments want in their favor otherwise it contains simple methodology to calculate the compensation duly accepted by all states during previous years. Though some states accused Central for delayed payment against compensation but nobody questioned its methodology. Let me produce relevant text of Section before analyzing further;

The total compensation payable for any financial year during the transition period to any State shall be calculated in the following manner, namely: –

(a) the projected revenue for any financial year during the transition period, which could have accrued to a State in the absence of the goods and services tax, shall be calculated as per section 6;

It is said that poverty causes dispute and extraordinary situation like COVID-19? Certainly, it had same effect even on non-living persons like government but states were at ease thinking that they would be compensated adequately as promised by the CG during transit period. Alas! Language of section was somehow crashed their optimism which says, “which could have accrued to a State in the absence of the goods and services tax”

So, what is wrong in states thinking that they must be compensated adequately for any loss of revenue during transit period and first quarter or even next are covered under definition of transition period. But catch was in language which says, “which could have accrued to a State in the absence of the goods and services tax” Since very less transactions happened due to lockdown in the states therefore loss of revenue happened due to less transaction and not because of implementation of GST. States can’t claim that they would have collected more revenue during lockdown if they had their own taxation system.

Finance is said to be blood of economy and in absence of blood, financial health of the states would definitely would be deteriorated and they have very limited but familiar options i.e. borrowing from the financial institutions and levy more tax. Rather, more tax on sin goods. Is it not irony that “Sin Goods” will again rescue governments?