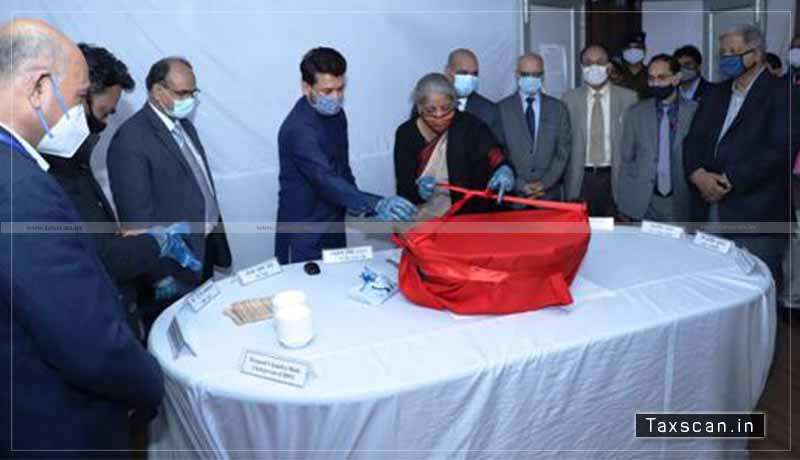 The Halwa ceremony, marking the final stage of the Budget making process for Union Budget 2021-22, was held in North Block here today afternoon in the presence of Union Finance & Corporate Affairs Minister Smt. Nirmala Sitharaman. A customary Halwa ceremony is performed every year before the “lock-in” process of Budget preparation begins.

The App has a user-friendly interface with embedded features of downloading, printing, search, zoom in and out, bidirectional scrolling, table of contents and external links, etc. It is bilingual (English & Hindi) and will be available on both Android and iOS platforms. The App can also be downloaded from the Union Budget Web Portal (www.indiabudget.gov.in). The App has been developed by the National Informatics Centre (NIC) under the guidance of the Department of Economic Affairs (DEA).

The Budget documents will be available on the Mobile App after the completion of the Budget Speech by the Finance Minister in Parliament on 1st February, 2021.

Shri P.C. Mody, Chairman, CBDT, Shri M. Ajit Kumar, Chairman, CBIC, besides others officers and staff of the Ministry of Finance, involved in the Budget preparation and compilation process, were also present on the occasion.

Later, the Finance Minister reviewed the status of the compilation of the Union Budget 2021-22 and extended her best wishes to the officials concerned.