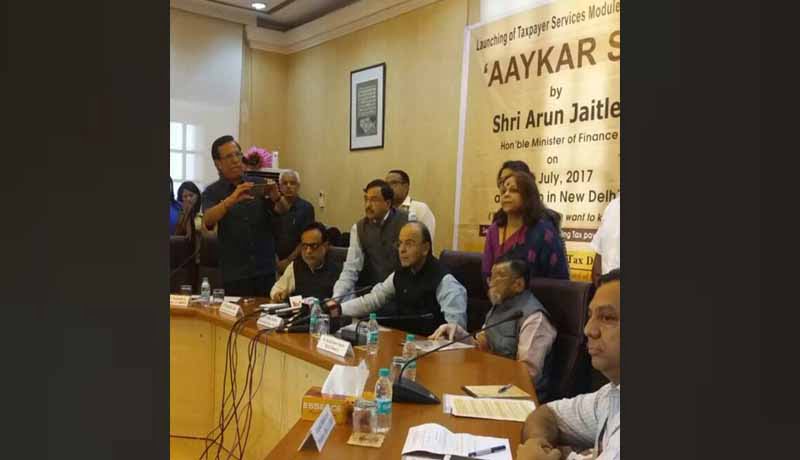 Jaitley says that this e-initiative would not only provide better taxpayer services but would also help in reducing the direct physical interface between assesses and tax assessing authorities.

To enhance mobile access experience, a mobile responsive android version was also released along with the desktop version. Jaitley stressed on the Government’s commitment towards continuously upgrading tax payer services. He said that this e-initiative would help in reducing physical interface between assesses and tax assessing authorities and thereby minimizing the chances of any tax harassment.

The new step is an effort by the Income Tax Department (ITD) to directly communicate with the taxpayers, on a range of multiple informative and useful tax services aimed at providing tax information at their fingertips. The module compiles various tax tools, live chat facility, dynamic updates, and important links to various processes within the Income Tax Department in a single module. The tax payers will also be able to receive regular updates regarding important tax dates, forms and notifications on mobile numbers registered with the ITD.

All taxpayers who wish to receive such SMS alerts are advised to register their mobile numbers in the Aaykar Setu module.

The Central Board of Direct Taxes (CBDT) constantly endeavours to provide better taxpayer services and reduce taxpayer grievances. New schemes and e-initiatives to educate the taxpayers and deliver tax payer services in an effective manner are key to this effort.

Gifts of more than Rs. 50,000 made by Employer to Employee is subject to GST: Govt Clarifies GST on Gift