FSSAI should Co-ordinate with the Customs Authorities; Delhi HC issues directions ensuring the Compliance of Cand the Regulations with the Import of Food Articles 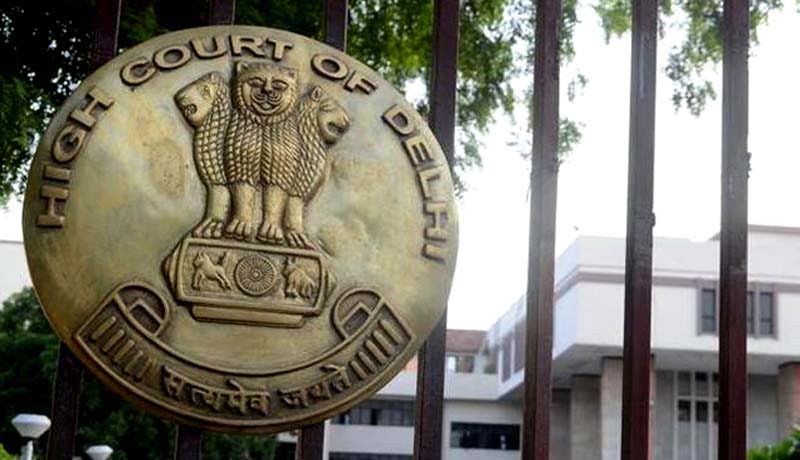 The Delhi High Court has recently in a writ petition held that the FSS Act should co-operate with the Customs Authorities. While observing so, the Court further laid down certain directions which ensure this.

Brief Facts of the Case

The Petitioner, M/s. Unlimited Nutrition Private Limited is registered under the Companies Act, 1956 and has its registered office in Mumbai. It is engaged in the import of food items, including “energy gel” and “energy chews” of different flavors. They placed orders on GU Energy Labs, 1609 4th St. Berkeley, CA, USA for supply of ‘energy gel’ and ‘energy chews’ amounting to USD 13,317.60. Pursuant to the above order, the said goods were shipped on 13th June 2015. The place of delivery was the Inland Container Depot.

In terms of the FSS Act for the import of any food articles, the FSSAI issues a ‘No Objection Certificate in order that the Customs Department may issue an ‘Out of Charge’ order. The FSSAI grants such NOC on the basis of the report of a Food Analyst at a lab notified by the FSSAI. For the purpose of a ‘one window’ clearance, the Customs has, in terms of Circular No. 3/2011-Cus dated 6th January 2011, devised a procedure of sending an online request to the FSSAI for getting the NOC for the purpose of clearance of goods particularly at ICD, Tughlakabad and Patparganj.

On arrival of goods, the petitioner a Bill of Entry for clearance for home consumption in which it was indicated that the consignment was of 94 cartons which in turn contained boxes and each box contained 24 packets/sachets. There were 17 different types of energy gel and energy chews that formed part of the imported consignment. One sample of each was drawn by the Customs officer and sent for testing to a notified Testing Centre. As per the test report, the products imported were intact and satisfactory.

This was followed by the Petitioner’s letter dated 19th October 2015 to the Customs Department stating that the imported goods would be sold in India in full boxes only and that the individual sachets would not be sold in the market. In the office noting of the Department it was stated that the B/E was finally assessed by the Deputy Commissioner (Group) on the basis of the report received from OPL. However, the online system had failed to accept the final assessment. The Petitioner was given the understanding that overriding permission would be sought for issuance of the OOC order. The Petitioner’s case is that it deposited the requisite customs duty of Rs. 4,78,355 for the purpose of clearance. However, the OOC order was not passed and the goods were not cleared. In these circumstances, the present writ petition was filed.

Issues Before the Court

Decision of the Court

The first issue was decided by the Court on 18th January 2016 in which the analyzed the mere fact that “energy gel”and “energy chew‟ are not mentioned in Appendices A and B would not ipso facto mean that they are prohibited from being imported. The FSSAI will have to examine if “energy gel‟ and “energy chew‟ which are proprietary foods are unsafe or contain any ingredient which is prohibited under the FSS Act.

The Court was of the view that the Customs Department cannot be asked to issue the OOC without samples of the products, which are admittedly food items, being tested to the satisfaction of FSSAI, which is a requirement under Circular 9 of 2015. In addition the Court directed that without any further wastage of time, the authorised officer of FSSAI will visit ICD, Patparganj not later than 11 am on Wednesday, i.e., 20th January 2016. In the presence of the authorized representative of the Petitioner, the officer of the FSSAI will visually inspect each of the packages and indicate to the Petitioner which of them does not satisfy the requirement of the FSS Packaging Regulation 2011. Thereafter samples will be drawn by the officer of the FSSAI from those packages that satisfy the FSS Packaging Regulation 2011. The procedure/protocol set out under Section 47 of FSS Act will be followed while taking samples. The test report of the ingredients of such samples shall be obtained by the FSSAI not later than two days thereafter. The test report shall be submitted to the Court on the next date of hearing. The FSSAI will proceed with the drawing of the samples and their testing without insisting, at this stage, upon the Petitioner making any payment for testing or any other charge. This will be subject to further orders that may be passed by this Court.”

Following the direction, the Department visited the premises of the ICD, Patparganj and found that none of the packages of the imported consignments satisfied the requirement of the FSS Regulations 2011. This was again challenged by the petitioners.

The Court expressed a view that the main object of the FSS Act is to lay down “science-based standards for articles of food and to regulate their manufacture, storage, distribution, sale and import, to ensure availability of safe and wholesome food for human consumption.” The word „food‟ has been defined under Section 2 (1) (j) of the FSS Act to include any substance, whether processed, partially processed or unprocessed intended for human consumption. It includes a variety of substances. The expression, food additive‟ has been separately defined under Section 2 (1) (k) of the FSS Act.

In the light of the relevant decisions the Court concluded that in the present case although the Petitioner admitted to having affixed labels on the master boxes after they arrived in India, it is evident from the affidavit of the Customs authorities and the letter of the CWC that neither of them gave any permission to the Petitioner to do so. Further, it is evident that the FSSAI also permitted the affixation of the labels on imported food articles only to a limited extent.

The Court was of the view that the FSSAI should co-ordinate with the Customs authorities and work out the modalities of ensuring that the requirements of the FSS Act and the Regulations thereunder are complied with in respect of the import of food articles. It can adopt the device of issuing advisories provided they are placed before the Parliament. Additionally, it should be possible for the Customs to re-visit and strengthen the protocols that have been evolved at joint meetings with the FSSAI. The Court further issued the following directions;

As far as the Petitioner is concerned, its application for permission to re-export the consignment, if made within a period of ten days from today would be considered and disposed of in accordance with law by the Customs authorities. Further, it is clarified that the customs authorities will not be precluded from taking other appropriate action qua the imported consignments in accordance with law.

Read the Full text of the Judgment below.

Govt. invites Comments and Inputs of the Stakeholders on Implementation of General Anti Avoidance Rule Provisions