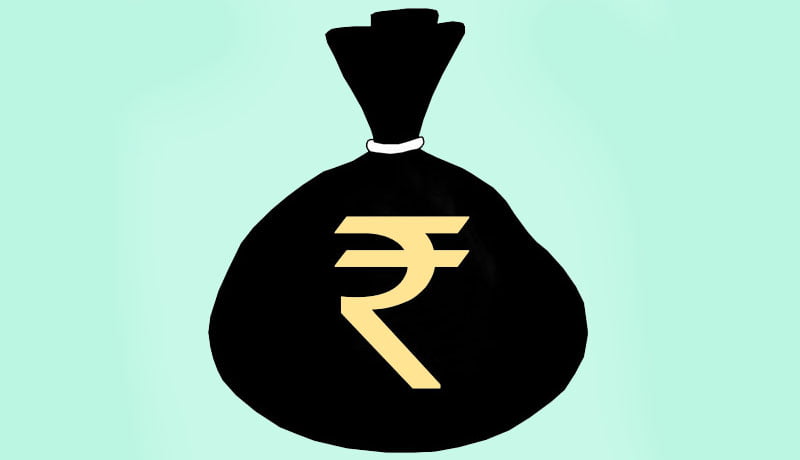 The Government has taken several measures to effectively deal with the issue of Curb black money, particularly black money stashed away abroad. Such measures include policy-level initiatives, more effective enforcement action on the ground, putting in place robust legislative and administrative frameworks, systems and processes with due focus on capacity building and integration of information and its mining through increasing use of information technology.

Recent major initiatives of the Government in this regard include – (i) Constitution of the Special Investigation Team (SIT) on Black Money under Chairmanship and Vice-Chairmanship of two former Judges of Hon’ble Supreme Court, (ii) Enactment of a comprehensive new law – The Black Money (Undisclosed Foreign Income and Assets) and Imposition of Tax Act, 2015 which has come into force w.e.f. 01.07.2015 to specifically and more effectively deal with the issue of black money stashed away abroad, (iii) Introduction of the Benami Transactions (Prohibition) Amendment Bill, 2015 to amend the Benami Transactions (Prohibition) Act, 1988 with a view to, inter alia, enable confiscation of Benami property and provide for prosecution, (iv) Proactively engaging with foreign governments with a view to facilitate and enhance the exchange of information under Double Taxation Avoidance Agreements (DTAAs)/Tax Information Exchange Agreements (TIEAs)/Multilateral Conventions, (v) According high priority to the cases involving black money stashed away abroad for investigation and other follow-up actions including prosecutions in appropriate cases, (vi) While focusing upon non-intrusive measures, due emphasis on enforcement measures in high impact cases with a view to prosecute the offenders at the earliest for credible deterrence against tax evasion/black money, (vii) Proactively furthering global efforts to combat tax evasion/black money, inter alia, by joining the Multilateral Competent Authority Agreement in respect of Automatic Exchange of Information and having information sharing arrangement with USA under its Foreign Account Tax Compliance Act (FATCA), (viii) Constitution of a Multi-Agency Group under the Convenorship of Member(Investigation), Central Board of Direct Taxes on 4th April 2016, inter alia, for facilitating coordinated and speedy investigation in the cases of Indian persons allegedly having undisclosed foreign assets and whose names are included in Panama Papers leaks.

Whenever the cases involving remittance of black money abroad or illegal remittance of money abroad are detected, appropriate action is taken by relevant law enforcement agencies such as Income Tax Department, Enforcement Directorate (ED), Central Bureau of Investigation (CBI) etc. Such action includes action against banks and financial institutions if their involvement is found. However, data regarding all such cases and the amount of money sent abroad in each such case is not maintained centrally.

There is no official estimation of the amount of black money present in the country and taken outside the country. However, the Government had commissioned a study, inter alia, on estimation of unaccounted income and wealth inside and outside the country, through National Institute of Public Finance and Policy (NIPFP), National Council of Applied Economic Research (NCAER) and National Institute of Financial Management (NIFM). Reports received from these Institutes are under examination of the Government.

This was stated by Shri Jayant Sinha, Minister of State in the Ministry of Finance in written reply to a question in Rajya Sabha yesterday.