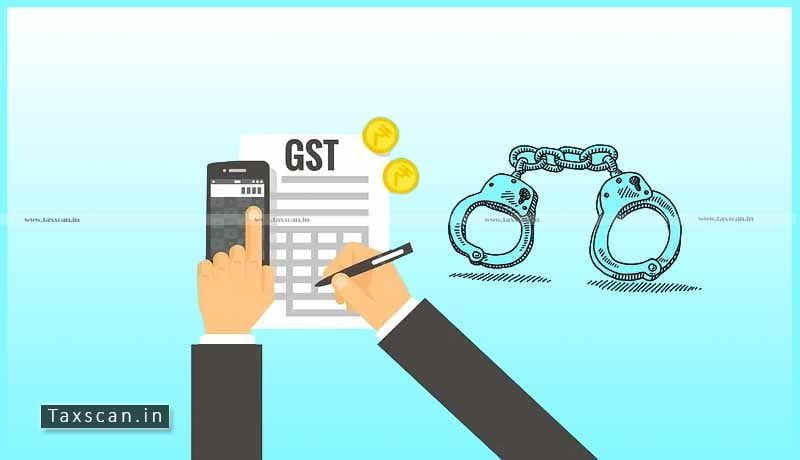 The Patiala House Court cancelled the Bail of the person accused of fraudulent availment of Integrated Goods and Service Tax (IGST) refund.

The complainant/department DGGSTI has sought cancellation/ setting aside of bail order in which the regular bail was granted to the respondent/non-applicant Ritesh Aggarwal by the concerned CMM, PHC, New Delhi.

The department has been challenged by the DGGSTI department on various grounds.

Firstly, the impugned bail order passed by the CMM, Patiala House Courts, New Delhi granting bail to the respondent/accused Ritesh Aggarwal is in haste, arbitrary, bad in the eyes of law and without application of judicial mind; and/or court has not taken into consideration the entire set of facts and circumstances of the case presented before it prior to disposal of the regular bail application.

Secondly, CMM has failed to mention that accused Ritesh Aggarwal vide his statement and before DRI admitted that he is owner of the fake and non existent firm M/s S.S. & Co. made by him in the name of dummy proprietor Smt. Shoba Devi (his mother, now deceased) and for this offence he was issued  with a show cause notice proposing a demand of Rs.26.53 crores by the department alleging that he defrauded the department by forming different firms and opening the bank accounts etc on the basis of two different PAN numbers issued in his favour in two different names introduced by him as Ritesh Aggarwal and Ravi Gupta, by using two different residential addresses and during investigation he admitted the alleged allegations before the concerned IO at the time of recording of his statement(s) recently hence, being a habitual offender he does not deserve any leniency.

Thirdly, it is vehemently argued that the learned CMM has failed to appreciate the factual matrix of the case and has given his observation contrary to the records available before him at the time of disposal of the application and the observations of the learned CMM in the bail order was that “it is not forthcoming from the reply of the department that a custodial interrogation of the accused is still required. Regarding all the allegations of creating fake firms on fake documents, the department is in possession of relevant documentary evidence” is totally incorrect.

The court of ASJ, Anil Antil while taking note of the nature and gravity of the accusation against the respondent/accused which are serious, and additionally, his dubious conduct as noted above, and also taking note of the magnitude of the availment of the IGST refund fraudulently claimed by the respondent/accused, I am of the view that there are sufficient grounds for cancellation of bail granted to the accused/respondent Ritesh Aggarwal vide impugned order dated 09.03.2021. The order under challenge granting bail to the respondent/accused is bad in law and suffers from serious legal infirmities. The impugned order is accordingly set aside and the bail granted to the accused/respondent Ritesh Aggarwal in the present case vide order stands cancelled.