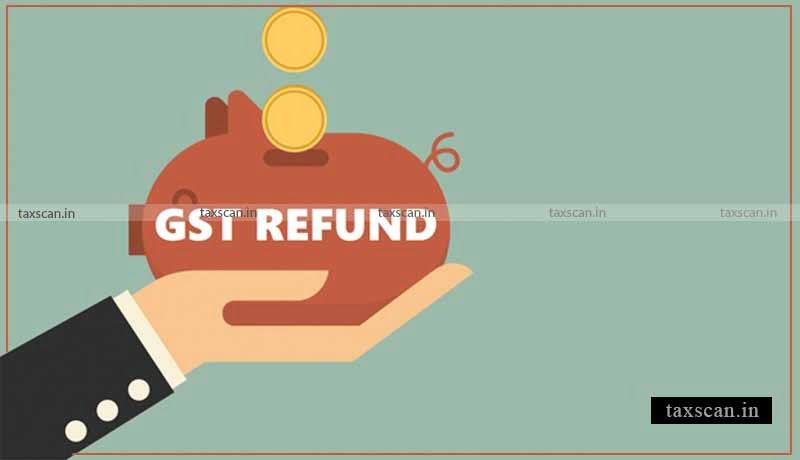 The article has tried to analyze the export transactions which requires re-engineering since different cost implications when different options under custom and GST laws are combined.

Options under domestic GST can be combined to achieve maximum refund under exports by tax management. Tax Management implies well timed and regular adherence to the tax laws and arrangement of financial affairs, in a way that reduces the taxes.

The procedure to file a refund claim is prescribed under Rule 89and Rule 96 of the CGST Rules, 2017. However, along with the procedure as laid down in Rule 89and Rule 96 of the CGST rules, 2017, it is necessary to understand the various restrictions discussed below while making a claim of refund. It appears from experience that many exporters have unintentionally failed to take note of these particular restrictions which leads to unpleasant litigations for the demand of tax, interest, penalty, and prosecutions.

Where the goods are imported under Advance authorization than there is an exemption from payment of Basic Customs duty and Integrated tax at the time of Importation of inputs in terms of N.N.18/2015-Customs, dated 01.04.2015 as amended vide  N.N.79/2017-Customs, dated 13.10.2017.

In the aforesaid scenario, the said goods have to be exported under LUT as per condition laid down in Rule 96(10)(b) CGST Rules, 2017. Further, the duty drawback is also not available on such goods on which exemption from payment of Basic Customs duty was claimed in terms of N.N.79/2017-Customs, dated 13.10.2017 as amended.

The department has been issuing notices to various exporters who have violated the said conditions and claimed the refund. Further, the said exports need to be made under LUT and time limit to claim the refund of LUT export is two years from relevant date as mentioned in Section Explanation 2 to 54 of CGST Act, 2017.

The authorization issued under the Export Promotion Capital Goods (EPCG) Scheme in terms of Chapter 5 of the Foreign Trade Policy permits the import of goods at zero customs duty. The exemption from payment of Basic Custom Duty and Integrated tax on import of capital goods is available in terms of N.N.16/2015-Customs, dated 01.04.2015 as amended vide N.N.79/2017-Customs, dated 13.10.2017.

This scheme requires the exporter to export equivalent to 6 times of duty saved on the importation of such capital goods within 6 years from the date of issuance of the authorization. Further the said goods should be manufactured from the Machine which was imported duty-free. The said goods can be exported with payment of Integrated tax or under LUT without payment of Integrated tax and the duty drawback is also available.

The Government has issued the N.N. 40/2017-Central Tax (Rate), dated the 23rd October, 2017, N.No. 41/2017-Integrated Tax (Rate), dated the 23rd October, 2017, which entitles a supplier of goods to levy tax @ 0.1%, if the goods are supplied to the exporter. The rate of 0.1% is irrespective of the actual rate of goods to be exported. However, the said concession of tax is subject to fulfillment of the various conditions as laid down in said notification.

Therefore, if the said goods were delivered to the factory or godown of exporter, in such cases department may disallow the exemption since it is not registered warehouse under the Customs.

Further, as per Circular No. 37/11/2018-GST dated 15.03.2018 in para 13.2 it is clarified that “exporter of such goods can export the goods only under LUT / bond and cannot export on payment of integrated tax”. Therefore, the exporter must export such goods under LUT and such exports made with payment of IGST then it is not eligible for refund.

Further, the exporter who has received the supply under said notification can file a separate refund application in terms of Rule 89(4B)(a) of CGST Rules, 2017. The said refund cannot be clubbed with a normal LUT export supply. Therefore, the exporter who exports under LUT and makes purchases by paying the applicable rate of tax as well at concessional rate in terms of the above-mentioned notifications, then he shall file two refund applications for the same tax period.

Also there is one more important condition which is required to be fulfilled wherein when goods have been exported, the exporter shall provide:

The department has also clarified that exporter can hide commercial sensitive information in the shipping bill while giving the same to its supplier. The onus to submit the documents before Jurisdictional officer is on supplier since he has claimed the concessional rate of tax.

The supplier has to adhere to the conditions as mentioned in the said notification and in case of non-fulfillment of conditions the department may demand the differential duty along with interest and penalty.

There is a various exemption which is available to the exporter by way of importing duty-free goods, purchasing goods at concessional rates within India for further exports. But at the same time, all such exemption or benefit requires fulfillment of certain conditions. These conditions if not fulfilled then this may invite unwarranted litigation and which may affect the business of the said entity. It is therefore advisable to review past transactions for the avoidance of unpleasant litigation and plan for future export.