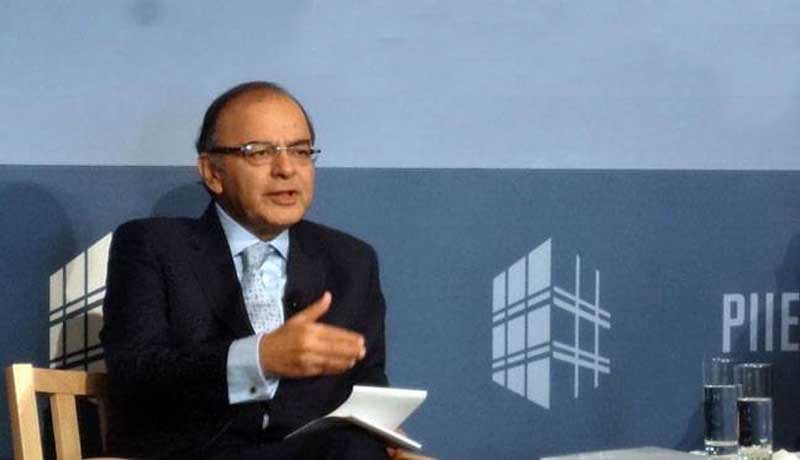 Asks the Members of Parliament (MPs) and MLAs of different political parties to equip themselves with the finer points of the Single Tax GST regime in order to explain the same to the people at large.

The Union Minister of Finance, Defence and Corporate Affairs, Arun Jaitley has thanked all the political parties for their cooperation and contribution in making the launch of Goods and Services Tax (GST) possible with effect from 1st July, 2017. In a letter addressed to the Presidents of the different political parties, the Finance Minister Jaitley said that with the cooperation of all the political parties, the 101st Constitutional Amendment Act for Goods and Services Tax (GST) was passed by the Parliament and the same was notified on 8th September, 2016. The Finance Minister said that three laws viz GST, IGST and UTGST have already been passed by the Union Parliament while the SGST law has been passed by the 25 State Legislatures.

The Union Finance Minister Jaitley, further mentioned in his letter to the Presidents of the different political parties that GST Council in which all the States/UTs Governments are represented have met 15 times in the last eight months and have approved all the Draft Laws and Rules and GST rates for all the commodities.

The Union Finance Minister Jaitley further said that GST is the most important tax reform since independence and is going to substantially ease doing of business in India which will promote new investment and contribute to the overall GDP growth. Shri Jaitley further said that GST will also help in removing the cascading effect of taxation and will give relief to the common man by leading to reduction in prices especially of essential consumer goods. The Finance Minister also said that in terms of revenue growth, GST will help all the consumption States.

Highlighting the role of Members of Parliament (MPs) and Members of Legislative Assemblies (MLAs) in creating mass awareness about the new tax law, the Finance Minister Shri Jaitley said that it is important for them to understand the finer points of the new tax regime in order to explain the same to the people at large of the country. The Finance Minister said that if trade and industry faces any difficulty during the implementation phase, the representatives of the people should be better equipped to handle the same if properly trained in this regard. In his letter, the Finance Minister Shri Jaitley requested the Party Presidents of the different political parties to consider organising Workshops and Training Sessions for all the MPs/MLAs of their respective party for which the Union Government would be happy to provide expert resource person. He asked them to contact his office or the office of the Revenue Secretary, Government of India for assistance, if any, required in this regard.

Capital Gain earned by a Singapore-Company on Sale of Debt Instrument is not Taxable in India as per DTAA: ITAT Mumbai