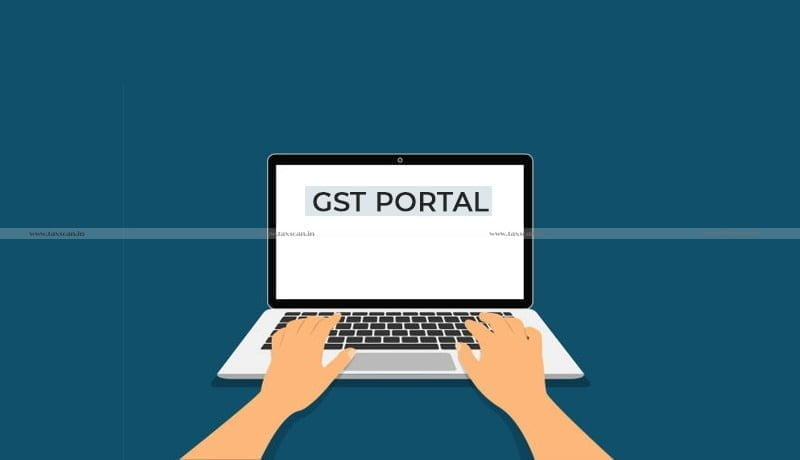 The Goods and Services Tax Network (GSTN) has issued module wise new functionalities deployed on the GST Portal for taxpayers.

A functionality has been introduced for taxpayers to withdraw their application for cancellation of registration, filed in Form REG-16, provided no action has been initiated by the tax officer against their application. Now the effective date of suspension of a taxpayer is also displayed on the Portal when his/her profile is accessed using “Search Taxpayer” functionality.

A functionality has been introduced for taxpayers to withdraw their application for cancellation of registration, filed in Form REG-16, provided no action has been initiated by the tax officer against their application. Now the effective date of suspension of a taxpayer is also displayed on the Portal when his/her profile is accessed using “Search Taxpayer” functionality.

To enable Tax Officers to issue PMT03, an undertaking has to be filed by the taxpayers. The text in the undertaking form to be submitted by the taxpayer has been altered to include both credit and cash ledgers for enabling re-credit of inadmissible ITC to respective ledgers.

A new functionality has been implemented for taxpayers on the Portal to check the status of their bank account detail updation. In case they have not updated it within 45 days of their first time login, the system will now prompt them to update it.

The taxpayers who avail ITC fraudulently or furnish details of outward supplies in FORM GSTR-1 for one or more tax periods in excess of their liability in Form GSTR-3B shall now be suspended on the Portal.

The taxpayers shall be intimated about the suspension in FORM GST REG-31, requiring them to explain, within thirty days, as to why their registration should not be cancelled.

The auto-population of data from GSTR-3B (Qtrly) and IFF (for M1 & M2)/ GSTR-1 (Qtrly) in the relevant tables of GSTR-9 has been enabled for the taxpayers under QRMP scheme.

Normal taxpayers, irrespective of their filing profile (of quarterly or monthly), have now been provided with a RESET button on the GST Portal, in Form GSTR-1/IFF. This will enable them to delete the entire saved data, for the specific return period, but not yet submitted or filed their Form GSTR-1/IFF.

Registered manufacturers who are required to file quarterly Form GST ITC-04 (to furnish details of inputs or capital goods, sent to a job worker without payment of tax), can now download the data of Table 5 of Form GST ITC-04 (on the GST Portal), after filing the Form, when there is change in the state code, due to merger or creation of a State/ UT. This is to download data, when there is change in State/ UT code, before the goods are received back.

Any taxpayer or an unregistered person aggrieved by any decision or order passed against him/her by an adjudicating authority, may appeal to the Appellate Authority, within three months from the date, on which the decision or order is communicated to him/her. This functionality has now been deployed on the GST Portal, to file online appeal against the refund order, with the respective Appellate Authority.

The new functionalities made available for Taxpayers on GST Portal from October till December, 2020 were in respect of Registration, Return Module, E-way Bill, Advance ruling, Taxpayer Dash board and Search Taxpayer Functionality, Miscellaneous, and Webinars conducted. In case of Registration the new functionalities released were in respect of Aadhaar Authentications in Form GST REG-01, during Registration, for all type of taxpayers (except PSU, Govt Bodies, Statutory Body and Local Authority), Filing an application for cancellation of Registration by GST Practitioner (Form GST PCT -06), PAN based Registration details to be shown to Taxpayers, Suspension status of GSTIN in certain cases, Showing Jurisdiction of CBIC and States/ UTs on the basis of PIN. In case of Return Module the new functionalities released were in respect of Quarterly Returns Monthly Payment (QRMP) Scheme, Import of e-invoice data into Form GSTR-1 of the taxpayers, Authentication through EVC, for filing of returns through GSPs, for taxpayers for whom DSC is not mandatory, Auto-populated Form GSTR- 3B in PDF format for the taxpayers, Interest payable in Form GSTR-3B under the CGST and SGST/UTGST heads can now be different, Filing NIL Form GST CMP 08 through SMS, on GST Portal. In case of E-way Bill the new functionalities released were in respect of Online filing of application (Form GST EWB 05) by the taxpayer for un-blocking of E-Way Bill (EWB) generation facility, and Blocking of E-Way Bill (EWB) generation facility for taxpayers with AATO over Rs 5 Cr., after 15th October, 2020. In case of Advance Ruling the functionality in respect of Displaying Annual Aggregate Turnover (AATO) to taxpayer’s on their Dashboard and View of Annual Aggregate Turnover of a Taxpayer, under “Search Taxpayer” on GST Portal (Post Login) was released.