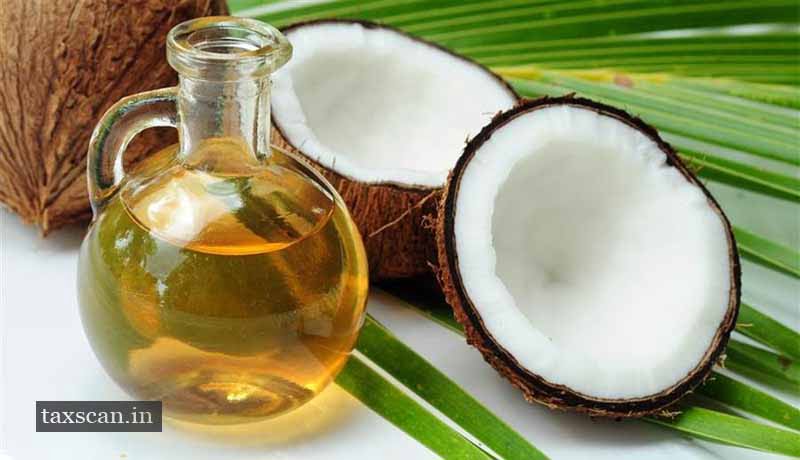 In Commissioner of Central Excise vs. Madhan Agro Industries (I) Pvt. Ltd., the Supreme Court while deciding the issue of whether to classify coconut oil packaged in ‘small containers’ as edible oil or hair oil for the purpose of taxation, gave a divided judgement.

The Respondent-Assessee, M/s. Madhan Agro Industries (I) Pvt. Ltd., is a manufacturer of 100% pure coconut oil marketed under the brand name “Shanti”. The other assessees are four job workers of a M/s. Marico Limited. They receive 100% pure coconut oil from Marico Limited in bulk and they are supplied back to Marico after repacking the oil in small packages. These packages are inscribed with trademark ‘parachute’ in pouches of 5ml and the packs are marked as ‘edible oil.’

The Customs Excise and Service Tax Appellate Tribunal (CESTAT) held that the coconut oil manufactured and packed in small containers to be classified under Heading 1513 and not under Heading 3305 of the Central Excise Tariff Act. Aggrieved the revenue appealed before the Supreme Court.

The Counsel for the Revenue, Shri A.K. Panda, contended that a detailed market survey undertaken by the Revenue indicated that the consumers who purchase ‘coconut oil’ in small container invariably make the said purchase for use as hair oil and not edible oil. Relying on different cases decided by the supreme court where it was held that the object of classification of goods for the purpose of Central Excise and other Fiscal Legislation is to raise the revenue and, therefore, scientific and technical meaning must be avoided and the particular product as understood in trade and in common parlance should be preferred, the Counsel for the Revenue supported his argument.

The Counsel for the respondent, Shri Bagaria argued that prior to the coming into force of Amendment Act, the classification of coconut oil was claimed and allowed under Chapter 15 Heading 1503 which dealt with Fixed vegetable oils. He further contended that amendment made in the year 2005 was effective from 28.02.2005 was for the sole purpose of fine tuning of the tariff with the Harmonized System of Nomenclature (HSN).

According to Justice Gogoi, Coconut oil would fall under the category of edible oil regardless of the size of its packaging. “Merely because the product is packed in small containers and used by some sections of the customers as hair oil cannot be the valid basis for classification under Heading 3305.Only if the container bear labels/literature indicating that it is meant for use on the hair that the coconut oil in dispute may merit classification under Chapter 33… The legislative history behind Chapter 15; the words and expressions in Heading 1513 of the Tariff Act; the relevant Heading i.e. 1513 in the HSN and the conditions/requirements stipulated in Chapter Note 3 of Chapter 33 of the Central Excise Tariff read in the light of the relevant provisions of Chapter Note 3 along with the explanatory notes of Chapter 33 of the HSN, all, would lead to the irresistible   conclusion   that   coconut   oil   is classifiable under Heading 1513 of Chapter 15 of the Central Excise Tariff Act.” observed Justice Gogoi.

According to Justice Banumathi coconut oil, when it is packaged in small containers, would be classified as hair oil, regardless of whether it has been labelled as edible oil by the manufacturers. “No one will normally understand ‘Coconut Oil’ to mean only as edible oil because such is not the major use of ‘edible oil’. The moment we held that the impugned goods-coconut oil is suitable for use as ‘Hair Oil’ as discussed infra, it has to be classified only under Chapter 33. … Coconut oil is marketed in bulk as well as in packs ranging from sachets containing 5 ml to 15 kg tins. The branded coconut oil in small packs is mainly marketed as hair oil and body oil.”

As the judgement delivered was a divide one, the bench comprising of Justice Ranjan Gogoi and Justice R. Banumathi directed the registry to put the issue before the Chief Justice of India for appropriate orders.

Loss on Forfeiture of Shares is Revenue Expenditure If Assessee is a Trader in Shares: ITAT [Read Order]

Vacancy for CAs and LLB Graduates in Vijaya Bank