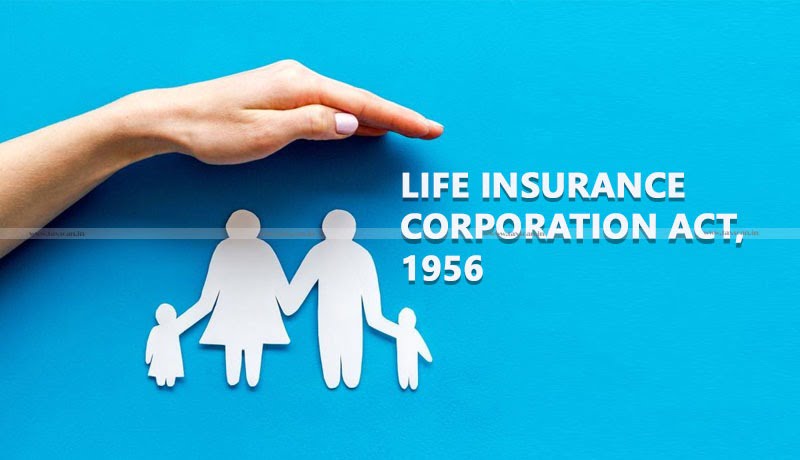 The Ministry of Finance notified that amendments in the Life Insurance Corporation Act, 1956 will be enforced from June 30, 2021.

“In exercise of the powers conferred by section 128 of the Finance Act, 2021 (13 of 2021), the Central Government hereby appoints the 30th day of June, 2021 as the date on which the provisions of Part III of the said Act shall come into force,” the notification read.

Part III of the Finance Act, 2021 is in respect of amendments in the Life Insurance Corporation Act, 1956 , the changes are listed below.

The new Section 4A was inserted which prescribed various circumstances for the director to be disqualified namely if the individual is unsound mind, undischarged insolvent, applied to be adjudicated as an insolvent, convicted by a court of any offence, National Company Law Tribunal’s order disqualifying him to be a director, not paid any calls in respect of any shares of the Corporation held by him,  he attracts any disqualification for being a director of a company under the provisions of sub-section (2) of section 164 of the Companies Act, subject to such exceptions thereto as the Central Government may, by notification, insurance agent or an intermediary or an insurance intermediary etc.

The new Section 4C was inserted which says, Except with the consent of the Board and subject to such conditions as may be prescribed, the Corporation shall not enter into any contract or arrangement with a related party with respect to sale, purchase or supply of any goods or materials; selling or otherwise disposing of, or buying, property of any kind; leasing of property of any kind; availing or rendering of any services; appointment of any agent for purchase or sale of goods, materials, services or property; such related party’s appointment to any office or place of profit in the Corporation, its subsidiary or associate company; andunderwriting the subscription of any securities, or derivatives thereof, of the Corporation.

The new Section 4D was inserted which says, The Board may, for such functions relating to investment of the funds of the Corporation as the Board may entrust, constitute an Investment Committee of the Board, consisting of the Chief Executive and not more than seven other directors, of which a minimum two shall be directors other than directors appointed under clause (a) or clause (b) of sub-section (2) of section 4. Provided that the officers of the Corporation heading the functions dealing with finance, risk, investment and law as well as its Appointed Actuary shall be invited to every meeting of the Committee and shall have a right to be heard at the meeting

The amendment says The Corporation shall, at its first annual general meeting, appoint as many auditors (which may be individual or firm) as it deems fit, and such auditor shall hold office from the conclusion of that meeting till the conclusion of its sixth annual general meeting thereafter, and shall similarly appoint auditor for subsequent periods of five years at a time, and the manner and procedure of selection of auditors by the members at such a meeting shall be such as may be prescribed.