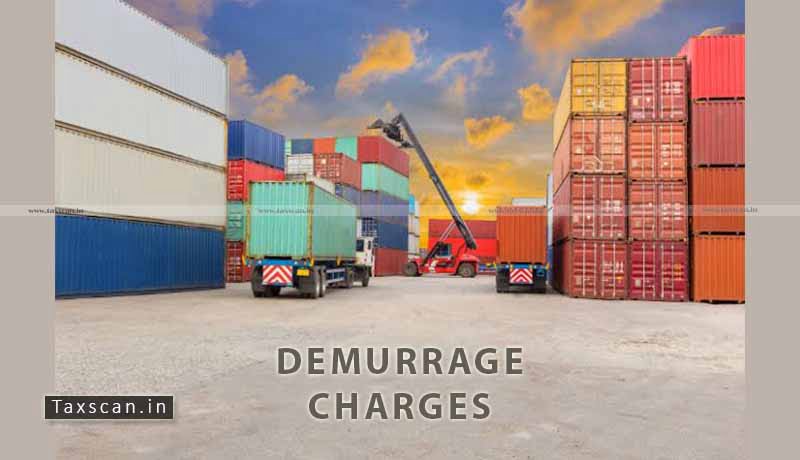 The Delhi High Court ruled that the liability to pay demurrage charges is that of the importer, except in rare circumstances when there is malafide on part of customs or fault of the custodian.

The petitioner, Global Impex, filed a Bill of Entry, for import of unbranded ready-made garments. Upon a request for the first check, the consignment was subjected to 100% examination. However, later, the consignment was put on hold, for further examination, by the Commissioner of Customs. On subsequent examination of the consignment, it was felt that there had been misdeclaration of quantity and the consignment was seized and handed over, to CELEBI for safe custody. The Authorities also informed CELEBI that there shall not be any demurrage charges on the above said consignment. CELEBI responded through writing, stating that charging of demurrage was subject to the Airport Authority of India (Storage and Processing of Cargo, Courier and Express Goods and Postal Mails) Regulations, 2003, or any other law for the time being in force. It was also opined that, if the investigation was likely to take time, the petitioner would be well advised to seek warehousing of the goods, under Section 49 of the Customs Act. The petitioner, hence, requesting that the aforesaid goods be permitted to be warehoused so that further demurrage charges could be avoided. After due process and payment of the entire amount of duty, penalty and redemption fine, the petitioner, approached CELEBI, seeking the release of the aforesaid goods, imported by it. CELEBI, however, refused to release the goods, until the petitioner paid the demurrage that had accumulated on the goods till then.

The question that arose for consideration before the Court was whether Respondent No.1 (hereinafter referred to as ―CELEBI‖) could charge demurrage, on the goods imported by the petitioners, which have been stored in the premises of CELEBI.

(i) the custodian has a lien over the imported goods, consigned to its custody. It may be statutory or Contractual;

(ii) This lien entitles the custodian to retain hold of the goods, consigned to its custody, till all its dues, including ground rent and demurrage, are paid;

(iii) The Customs authorities have no power, or the jurisdiction, to issue any instruction, to the custodian, requiring the custodian to waive, in whole or in part, the demurrage chargeable by it; (iv) In applying the above principles, the issue of whether the goods in question had been licitly, or illicitly, imported, as also the detention of the goods, by the Customs authorities, was justified or unjustified, bona fide or mala fide, are entirely irrelevant;

(v) The liability to pay the demurrage is on the importer, irrespective of the justifiability, or unjustifiability, of the seizure and detention of the goods by the Customs authorities. Even in a case in which the seizure is entirely unjustified, the importer would, have to pay demurrage, to the custodian and, thereafter, obtaining reimbursement of the amount from Authorities;

(vi) The only exception, is in a case in which the custodian himself is guilty of unconscionable delay, or of continuing to hold onto the goods without good reason or authority;

(vii) Rates of demurrage were deliberately made prohibitive, so as to discourage importers from consigning goods to the custody of the Port Trust or other custodian, and to avoid congestion at the port.

The Court noted that, “the CELEBI must be treated as charging, and recovering, demurrage, in accordance with ―law for the time being in force”.

The Court held that from the facts it was unable to hold that the Customs authorities have acted mala fide or have contributed, in any manner, to delay in release of the consignment imported by the petitioner and hence the liability, to pay demurrage to the CELEBI, was of the petitioner.

The Court has further added that, “We deem it appropriate to add, here, that the Customs authorities, while exercising their power of search, seizure and investigation, are essentially discharging sovereign functions”

The Court hence concluded that, “We confirm that CELEBI is entitled, despite Regulation 6(1) (l) of the Handling of Cargo Regulations, to charge demurrage in respect of the goods consigned to its custody, and to retain custody over such goods till the demurrage is paid. We also confirm that demurrage, to CELEBI, would be payable by the petitioners-importers in these writ petitions, and not by the Customs authorities”.

Tax Amount to be indicated in the Tax Invoice under Sec 33: Karnataka HC [Read Judgment]