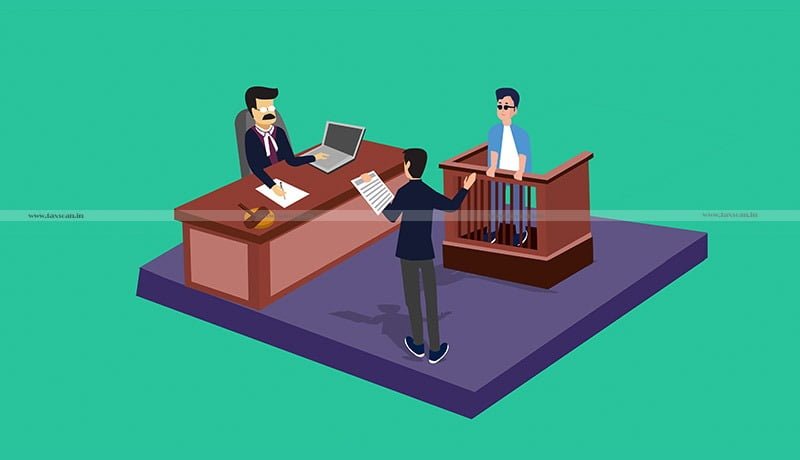 The Madras High Court quashed the Central Excise order passed without providing a personal hearing and directed the department to provide another opportunity to the petitioner to defend himself before passing of the final order.

Ms.R.Hemalatha, Senior Standing Counsel appearing on behalf of the respondent referred to Section 37C of the Central Excise Act, 1944 which stipulates Service of decisions, orders, summons, etc. Sub-clause (1)(a) enumerates that “by tendering the decision, order, summons or notice, or sending it by registered post with acknowledgment due, or by speed post with proof of delivery or by courier approved by the Central Board of Excise and Customs constituted under the Central Boards of Revenue Act, 1963 to the person for whom it is intended or his authorized agent if any ”.

While relying on the provisions of the Central Excise Act, the Senior Standing Counsel reiterated that summons is to be issued either to the person intended or his authorized agent. In the present case, the summon admittedly was issued to the petitioner and it is his duty to inform the date of personal hearing to his counsel who is appearing in the matter, and therefore, the respondent cannot be faulted for the lapses committed by the petitioner.

Ms.R.Hemalatha opined that the matter was adjourned thrice and the impugned order itself would reveal that a personal hearing was provided on three occasions and the assessee did not turn up and therefore, the competent authority passed the assessment order. Thus, there is no infirmity as such in respect of the order passed and if at all, the petitioner is aggrieved, he has to prefer an appeal.

The single-judge bench of justice S M Subramaniam held that the petitioner has to be provided with an opportunity of personal hearing for the purpose of submitting the judgments, documents, and the grounds raised to defend their case. Accordingly, the impugned order passed by the respondent in proceedings in Order in Original dated April 10, 2014, is quashed and the matter is remanded back to the respondent for fresh consideration after providing an opportunity to the counsel who entered an appearance on behalf of the petitioner and thereafter pass final orders on merits and in accordance with law as expeditiously as possible.

“The summons was issued to the petitioner. However, the learned counsel for the petitioner entered an appearance in the proceedings before the respondent on 04.03.2014 itself. Thus, there is a possibility that the petitioner would not have informed about the summons to their counsel regarding the personal hearing. Under those circumstances, the council was not aware of the date of personal hearing and the same resulted in the passing of the final order without hearing the learned counsel who entered an appearance on behalf of the writ petitioner,” the court noted.

ICAI releases Concept Paper on All about Fair Value