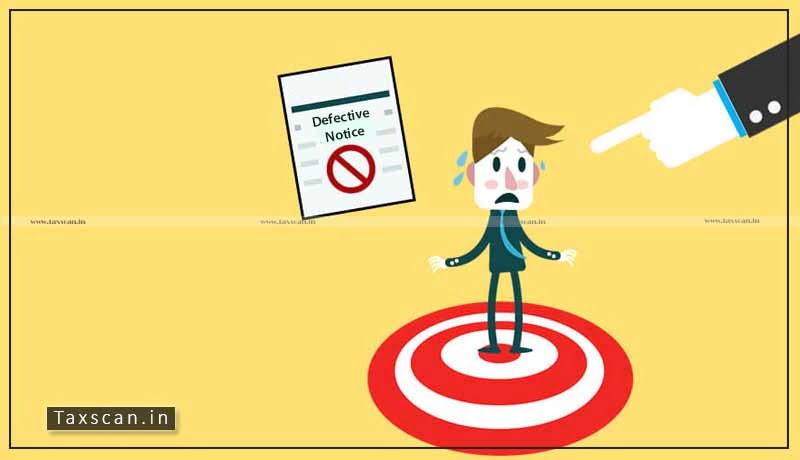 The Income Tax Appellate Tribunal (ITAT), Guwahati bench has held that the penalty proceedings under section 271(1)(c) of the Income Tax Act, 1961cannot be initiated on the basis of a defective notice.

Earlier, the Tribunal had allowed the appeal of the assessee and canceled the penalty levied u/s. 271(1)(c) of the Act by taking note of the invalid notice, since the AO failed to specify the charge by striking down the irrelevant fault/charge i.e. “having concealed the particulars of income or furnishing inaccurate particulars of such income” relying on the decision of Hon’ble Karnataka High Court in the case of CIT vs Manjunatha Cotton and Ginning factory.

The revenue filed an application before the Court where it was contended that the AO had found in the assessment order itself that assessee had faulted on both the charges i.e. having concealed particulars of income as well as furnished inaccurate particulars of such income. Therefore, according to revenue, there is a difference in the facts of the case and the aforesaid case laws cannot be applied.

However, the assessee contended that if the AO has found in the assessment order itself that the assessee had faulted on both the charges i.e. having concealed particulars of income as well as have furnished inaccurate particulars of such income then, in place of ‘or’ it should have been ‘and’ which is not the case.

Rejecting the application of the revenue, the Tribunal observed that “sometimes in some cases, it may attract both the offenses and in some cases there may be overlapping of the two charges, then in such event in the penalty proceedings also notice should clearly specify the same by adding the adjunctive ‘and’ and not the disjunctive ‘or’. The omission of the AO to strike off ‘or’ between the two charges and write/add ‘and’ in between both the charges makes the notice vague.”

“So, even if the AO is of the opinion that action/omission of assessee attracts both the charges, then it was incumbent upon him, to put the assessee on notice by expressing his intention to proceed against the assessee for both charges by striking out ‘or’ and substituting it with ‘and’ which AO has failed to do in this case. The AO by not bothering even to do the exercise as suggested by us reveals the mechanical approach of issuing penalty notice which action exposes the non-application of the mind on the part of the AO to put the assessee on clear notice for which he intends to levy penalty. Moreover, it has to be kept in mind that the assessment proceeding is distinct from the penalty proceedings and it is a settled law that imposition of penalty is discretionary and not mandatory. Therefore, any observation or finding made in the assessment order cannot come to the rescue of the AO’s action of issuing defective/vague penalty notice,” the Tribunal said.