No Re-Opening of Assessments under Section 42(3) that were Completed Years ago: Kerala High Court [Read Judgment] 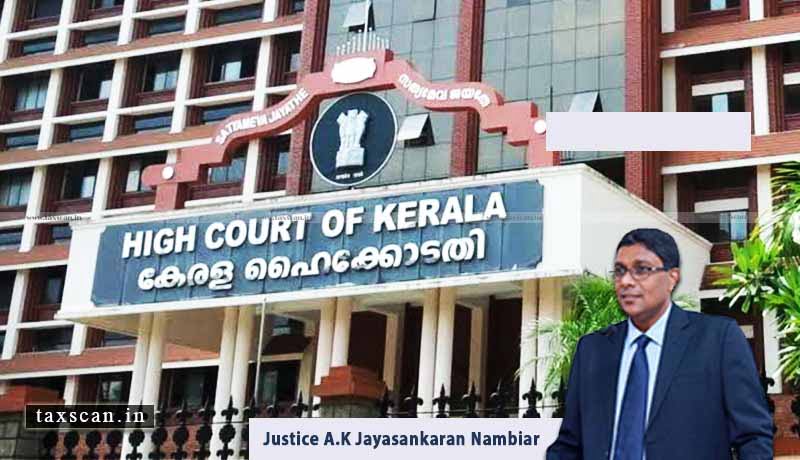 The Kerala High Court has upheld the constitutional validity of Section 42(3) of the Kerala Value Added Tax Act, 2005 which retrospective effect of the said provision to re-open assessments that have already become final under the KVAT Act.

The Court also ruled that, the retrospective operation of Section 42(3) would entail the re-opening of assessments that were completed years ago not legally justified.

The assessee is obliged to keep his Books of account only for five years and hence the retrospective operation of Section 42(3) can, at any rate, be only to such extent and not beyond that.

Justice A.K Jayasankaran Nambiar of the Kerala High Court observed that, “Section 42 of the KVAT Act was amended through a Notification dated 13.11.2016, and the amendment was given retrospective effect from 01.04.2005, the date on which the KVAT Act was brought into force in the State of Kerala. The legislative power of the State legislature to amend the Act with retrospective effect, cannot be disputed for the power to legislate carries with it the power to legislate retrospectively also”.

The Court also said that, enacting fiscal legislation the legislature is entitled to a great deal of latitude and this Court would interfere with such a classification only if there is a clear transgression of constitutional principles that is established. In the instant case, when viewed against the object sought to be achieved by the legislature viz. the taxation of escaped turnover, a classification effected amongst assessees, based on turnover, and for the purpose of adopting a different procedure for those with a higher turnover, appears to me to be guided by an intelligible differentia having a rational nexus with the object sought to be achieved by the legislature. The said classification would, therefore, withstand the tests under Article 14 and the statutory provision cannot be said to be discriminatory in the sense of treating unequals as equals.

The Court accepted the contentions raised on behalf of the petitioner/assessees is that the retrospective operation of Section 42(3) would entail the re-opening of assessments that were completed years ago, and in relation to which assessment years the assessees do not have the relevant Books of account and other records to defend their case against an allegation of escaped turnover. The said contention is based on the provisions of Rule 58(20) of the KVAT Rules, which obliges an assessee to keep his Books of account only for a period of five years from the end of the assessment year in question or two years from the date of disposal of the appeal or revision arising out of such assessments or from the date of completion of any other provision under the Act connected with such assessment, appeal or revisions whichever is later.

This Court said that, the overall Scheme of the KVAT Act, the interests of ensuring certainty in taxation matters as also the necessity to interpret the provision in a manner that would avoid unconstitutional results such as unreasonableness, unfairness and arbitrariness of the statutory provision, for determining the limits of exercise of the power under Section 42(3).

The Court also given clarity on the time limit specified in Rule 58(20) of the KVAT Rules offers a safe guide to define the limits of the power under Section 42(3) of the Act. It would ensure that the power to reopen assessments, so as to bring to tax escaped turnover, is not exercised in a manner that prejudicially affects an assessee who is not in a position to meet the charge against him for want of his Books of account and other relevant material. Such a limitation on the power to re-open assessments would also accord with the requirement of ensuring fairness and certainty in matters of taxation, a feature that has been insisted upon in the tax jurisprudence of our country.

While disposing of the writ petitions, the Court has upheld the retrospective operation of Section 42(3) of the KVAT Act, but declaring that the power to re-open assessments under the said provision cannot be exercised in relation to such assessments where the period for which the assessee concerned is obliged to retain the Books of account under Rule 58(20) of the KVAT Rules has expired.

“The retrospective operation of Section 42(3) of the KVAT Act will thus stand controlled by the period of limitation aforementioned, and the legality of the notices/orders impugned in these writ petitions shall stand determined by the said declaration”, the Court also added.