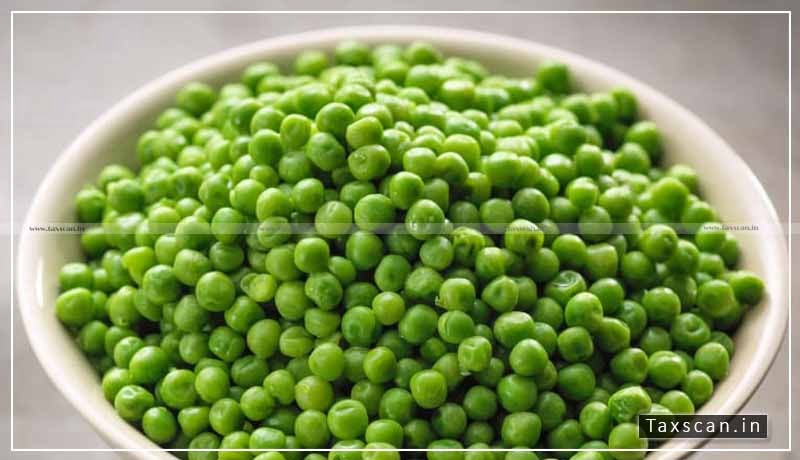 The Madurai Bench of Madras High Court consisting of Justice M Sathyanarayan and  Justice P Rajamanickam, while dismissing an appeal filed by The Commissioner of Customs, Tuticorin against M/S. Shadi Ram & Sons Pvt. Ltd. under Section 130 of the Customs Act, 1962, held that there is no retrospective effect for the notification where the Government hiked the basic customs duty on peas and wheat.

The respondent/importer had imported a consignment of Yellow Peas, through a vessel MV Riva Wind and the Import General Manifest of the vessel was filed on 04.11.2017. On 06.11.2017, they filed two Bills of Entry through EDI under self-assessment with the “Nil” rate of duty. The vessel was granted inward entry on 08.11.2017 at 12.50 Hrs and the notification bearing No.84/2017-Customs dated 08.11.2017, came to be issued on the same day at 22.15 Hrs. imposing a duty of 50% on the commodity imported. Out of charge was given on 14.11.2017 and the part of the cargo of the yellow peas was moved to the private warehouse by the respondent without payment of duty and on 16.11.2017, the officers of the Directorate of Revenue Intelligence (DRI), Tuticorin, seized the entire cargo on the ground that the goods were non-duty paid in terms of the notification No.84/2017- Customs dated 08.11.2017. The respondent requested for the provisional release of the entire goods valued at Rs. 59,15,70,344/- involving Customs Duty of Rs. 29,57,85,172/- and the Commissioner allowed the provisional release of the goods vide letter dated 29.11.2017 with a condition to furnish a bond equal to the value of the goods and submitting a Bank Guarantee or Cash Security equal to 60% of the value of the goods towards likely adjudication levies including duty, fine and penalty. The respondent, aggrieved by this proceedings dated 29.11.2017, filed an appeal before the CESTAT, Chennai.

The Tribunal had found that prior to the notification No.84/2017- Customs dated 08.11.2017, the import of yellow peas was not liable for payment of duty. It had enjoyed the benefit of full exemption. The notification came to be published at 22.15 Hrs., whereas, the formalities regarding the assessment of Bills of Entry have completed much earlier at 12.50 Hrs., on 08.11.2017. Since Bills of Entry have been filed on a priority entry basis, those Bills have to be deemed as the date of entry inwards granted to the said consignment.

It had also found that there was no malafide intention on the part of the appellant in clearing the consignment without payment of duty and therefore the findings stated by the Commissioner of Customs, vide letter/proceedings dated 29.11.2017, are unfair.

The entire duty was to be demanded from the appellant under Section 28 will be a requirement of making pre-deposit to the extent of 7.5% of Rs.30 Crore under Section 129E of the Customs Act, 1962, and taking guidance from the provisions of mandatory pre-deposit, the Tribunal ordered the release of goods subject to the submission of a bond with bank guarantee equal to 7.5% of the duty liability within two weeks from the date of the order. The Order of CESTAT was challenged by The Commissioner of Customs.

The Court held that the findings of CESTAT are correct and thus, the Civil Miscellaneous Appeal was dismissed without costs, and its connected civil miscellaneous petition was also dismissed.