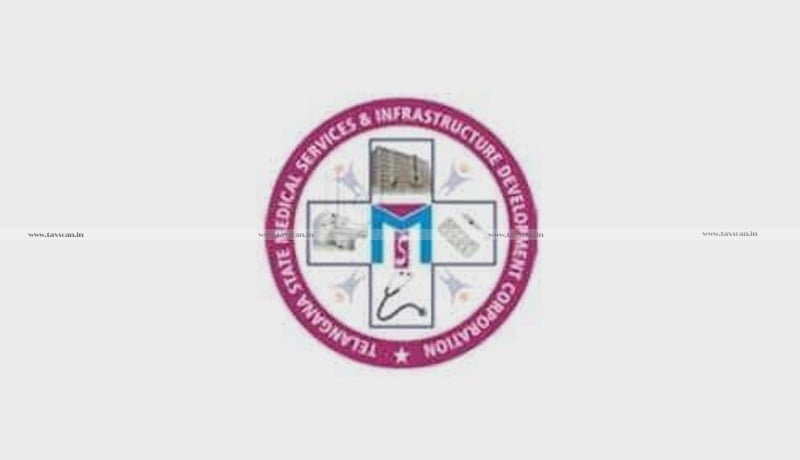 In a major relief to Telangana State Medical Services Infrastructure Development Corporation (TSMSIDC), the Income Tax Appellate Tribunal ( ITAT ) has ruled that the Penalty under Section 272A(2)(k) cannot be imposed merely for the delay in filing Quarterly TDS Statement.

The assessee deductor AP Health & Medical Housing Infrastructure Development Corporation is a State Government Organization. A survey operation under section 133A was conducted in the premises of the assessee-deductor by the Income-tax Officer (TDS). During the course of the survey, it was found that the assessee-deductor had failed to file TDS Quarterly Statements or Returns in respect of all the four quarters in forms No.24Q & 26Q.

The assessee to file quarterly TDS statements or returns in Form No. 24Q & 26Q for all the quarters of the F.Y.2008-09, the AO initiated penalty proceedings under section 272A(2)(k) of the Income Tax Act by the issue of notice. As per the said notice, the assessee was requested to show cause as to why an order imposing penalty under section 272A(2)(k) of the Income Tax Act should not be passed in its case. However, the assessee neither appeared for the hearing nor filed any written explanation regarding why penalty u/s.272A(2)(k) should not be levied. Further, the assessee did not give any explanation regarding the non-filing of form No.24Q/26Q within the prescribed statutory time.

The Coram of Judicial Member S.S.Godara and Accountant Member L.P.Sahu found that that the assessee has not filed TDS returns in the prescribed forms 24Q and 26Q for all the quarters within the stipulated time and, therefore, the AO levied penalty at the rate of 100/- per day for delay in default for filing of TDS returns. Further, we find from the orders of authorities below that the entire tax along with interest thereon had been deposited into Government account and later, the assessee filed quarterly TDS returns for all the quarters.

Therefore, the tribunal set aside the order of the CIT(A) and directed the AO to delete the penalty levied under section 272A(2)(k) in the hands of the assessee.

Expenditure on Conversion of Convertible Debentures into Equity Shares is ‘Capital’ in Nature: ITAT [Read Order]