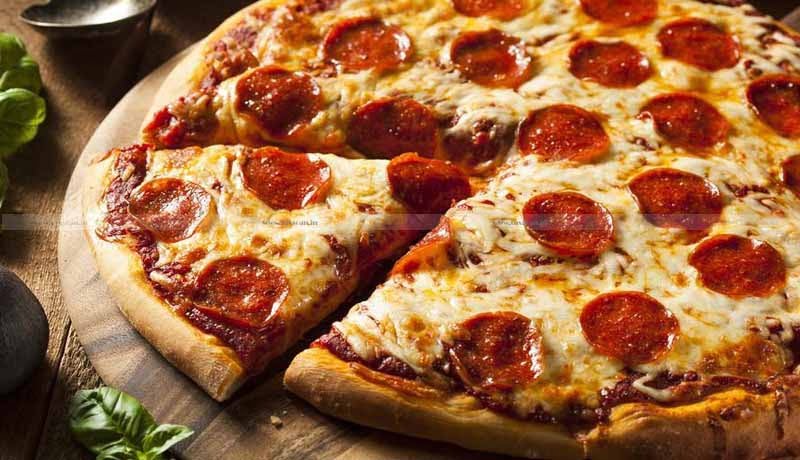 One item on the Italian cuisine that everybody is fond of is of course PIZZA. This is also apparent from the fact that after the Haryana AAAR announced a GST ruling on classification of pizza toppings, ‘Pizza’ trended on Indian twitter. Thus, there remains no doubt on the popularity of pizza and the delight it brings to the Indian public.

The Haryana AAAR has recently pronounced in the case of Khera Trading Company [TS-1354-AAAR(HAR)-2019-GST] that pizza toppings is not processed cheese and shall be liable to 18% GST since its best fits into the residuary category. With this pronouncement, there were multiple news items and media reports wherein it was highlighted that pizza will become costlier, pizza topping is not pizza and hence it shall attract higher rate of tax, etc. The narrative in these reports provide a view that the applicant of the AAR wanted to classify the pizza toppings along with the pizza and charge GST rate accordingly. However, the facts are a little different and are summarized below:

Facts of the case:

Contentions of the appellants:

The AAAR copy which is available in public domain is 23 pages long; most of which is due to the detailed contentions of the appellant. The contentions broadly relied on the following:

Why so much hullabaloo?

There are various interpretations that have come out in media and news. Multiple experts have given their views and opinions on what the ruling could mean. However, what makes this ruling popular is the subject it is about. Even in past when there were rulings on paratha, flavored milk etc., it made news. Similarly, pizza is the weakness of many and hence the uproar. But technically does this ruling make sense? How will it really impact the ultimate consumer? Will your weekend pizza treats be expensive? We have answered these questions below:

Our views on the ruling:

The Uttar Pradesh AAR in the case of M/s Savencia Fromage and Dairy India Private Limited [2019-TIOL-40-AAAR-GST] wherein the question before the AAR was whether the product ‘Cheese Balls’ is classifiable as ‘cheese’ under Heading 0406, and accordingly, subject to GST rate of 12 percent each under S. No. 13 of the Schedule- II?

The AAR in the said case held that from the manufacturing process described as well as from label and packaging of goods that the items under consideration are not cheese per se but have been converted into an article of cheese having the identity and characteristics of snacks. Since the cheese balls themselves are not specified in the tariff and they are admittedly a food preparation, hence they are classifiable as ‘Food preparations not elsewhere specified or included’ under heading No. 2106 and taxable @ 18% GST. Aggrieved by the said order, the applicant appealed before the AAAR wherein the order of the AAR was modified, and it was observed that ‘cheese forms most important constituent (55% of total volume) of the product and the impugned, goods cannot be formed without cheese. The batter and bread, coating is not essential and can be easily substituted. It is only cheese that differentiates the impugned goods from any other breaded product.’ The AAAR relied on the case of Bharat Forge & Press Industries (P.) Ltd. v. CCE 1990 (45) ELT 525 (SC) to hold that ‘Under a residuary entry only such goods are covered which cannot be brought under the various specific entries in the tariff’. Therefore, the AAAR followed the principle of specific over general.

While the appellant in the present case referredthe UPAAAR ruling, the Har AAAR defended its stance on the grounds that in case of cheese balls, 55% of the constituent in the final product was cheese. Therefore, substantial portion of the goods being cheese, it was rightly classified under CTH 0406. However, in the present case mozzarella cheese is only 14.5% of the finished product and hence substantial portion in the product at hand is not cheese; thus, not classifiable under CTH 0406. Here a question that arises is where is ‘substantial portion’ defined and what exactly it means. Presence of a specific material above a given threshold would make it substantial. But what is that threshold? More than 50% or 35% or even 20%? From the given advance ruling, the Haryana AAAR seems to have interpreted it in a manner that the highest composition of a single item in any given product would make such item substantial. This means that even if a given item is 20% of the entire product, it could be substantial, provided the remaining ingredients are less than 20%.

With the above background, it is imperative to refer the rules of classification which are globally accepted. There are six general rules used in interpreting the tariff. However, the most relevant rule is Rule 3 which lays down that the heading which provides the most specific description shall be preferred to headings providing a more general description. Further, Mixtures, composite goods consisting of different materials or made up of different components, which cannot be classified elsewhere, shall be classified as if they consisted of the material or component which gives them their essential character, in so far as this criterion is applicable.

Therefore, pizza topping should be classified under the heading which provides the most specific description – is it cheese, or an item not anywhere specifically included (to get classified under residuary entry). Well, to answer this question technically one would have to see the product and witness its manufacturing process. However, with the contentions of the appellant, one important question that comes to mind is – If the product would have been named as ‘Cheese topping’ instead of ‘Pizza topping’, would the conclusion remain same? We have our doubts as in India, jo dikhta hai vo bikta h. However, somebody could advance an argument that what’s in a name? Well, nomenclature is an integral part of the classification system. Hence, while classifying your product, it is vital to pay special attention to the nomenclature or should one say, while deciding the nomenclature, special attention should be paid to classification? This is an irony best suited to be answered by the Government itself!

How will it really impact the ultimate consumer?

There are multiple products in the food industry which are being classified under headings where they may not really fit. This impacts the GST rates that is being charged on their sale. In the current case, assuming that the appellant was charging GST@ 12% considering the topping to be cheese, it shall now be charged @ 18%. A spike in the tax to the extent of 6% will be seen. A direct impact on restaurants and kiosks who sell pizza is expected. Nonetheless, in the current scheme of things, restaurants are ineligible to avail ITC with a lower rate of output tax (5%). Therefore, any increase in input cost shall get built in the final product and make the pizza expensive for a consumer.

Even if the topping is sold to ultimate consumers through supermarkets and groceries, the price may undergo an upward revision.

A couple of weeks back, the Revenue Secretary mentioned that the Government is open to consider higher rate of tax on restaurant services with the benefit of ITC. Assuming that GST rate is increased to 12% with availability of ITC for restaurants, the industry could face the challenge of inverted duty structure. This is because the topping (which is a significant input for making pizza) would attract higher rate of tax as compared to the output. However, that bridge can be crossed when we reach there.

The interpretation of the AAAR in the present case is what draws attention of tax experts. The AAAR has underscored the importance of the input-output ratio of any given product. This means that for determining the classification of the any given product, the authorities are focusing on the input ingredient that is being used in significant proportion. However, in some cases (like the present one) it may go contrary to the Rule 3 cited above. Pizza topping has vegetable fat in maximum proportion; however, the base ingredient that has been contended by the appellant is mozzarella cheese. Thus, even though the base ingredient is cheese (more so, vegetable fat cannot be a main ingredient), the fact that it is not present in substantial quantity has turned the case against the appellant. Another important condition to classify goods is the common parlance test which means how a particular item is known in the market, its marketability and popularity. Additionally, a clarity on what is ‘substantial’ should be given by the revenue authorities as it shall aid the industry in the process of classification.

While the AAAR did not discuss any rules of interpretation and simply followed the substantial ingredient theory, there are bright chances of the appellant approaching the High Court. Nonetheless, till then the industry would face a dilemma even though the ruling is applicable only to the applicant; it certainly holds persuasive value for others.

[The authors are Mr. Jigar Doshi – Founding Partner, TMSL and Ms. Nikita Maheshwari – Senior Manager, TMSL. The views expressed are personal in nature. They can be reached at jigar.doshi@tmsl.in]

Reasons recorded in 142(1) Notice were not existing at the Time of Issue of Re-Assessment Notice: Calcutta HC quashes Assessment [Read Order]

Strengthening of Headquarters Building of TANGEDCO is not an Activity in Relation to Generation and Distribution of Electricity, attracts 18% GST: AAAR [Read Order]